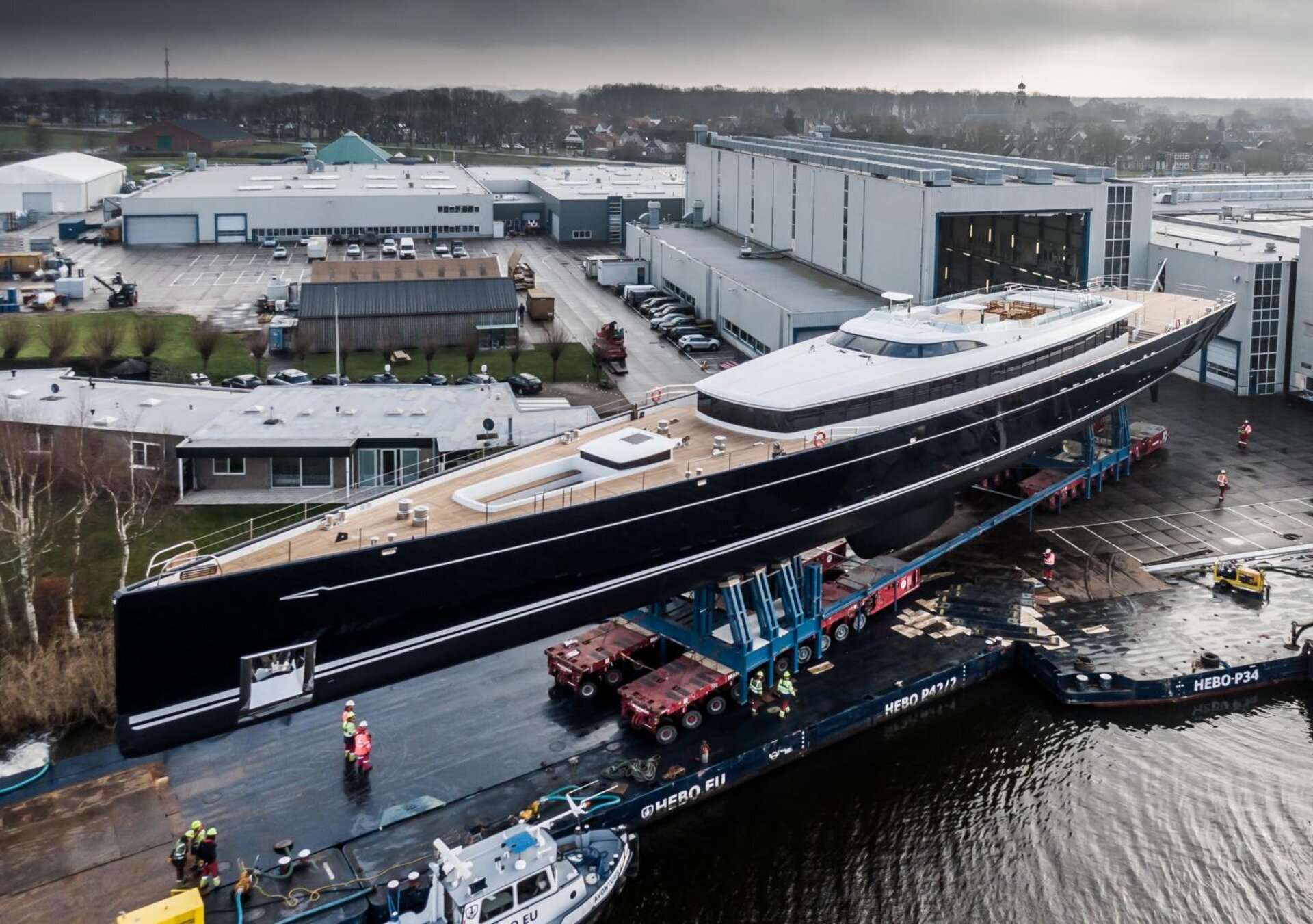 Dutch shipbuilder Royal Huisman applied the same concurrent engineering process developed by ESA for space missions to the design of superyacht Sea Eagle II, due to become the world’s largest aluminium sailing yacht when delivered to its owner this spring.

This uniquely contemporary 81 m-long three-masted schooner was recently transported by barge from the company’s shipyard in Vollenhove to Royal Huisman Amsterdam, where its carbon composite rig will be installed, leaving her ready for sea trials and on-board crew training.

Sea Eagle II’s modern style extends to its design, which took place using concurrent engineering, taking inspiration from the long-established Concurrent Design Facility (CDF) at ESA’s technical centre ESTEC in Noordwijk, the Netherlands, where it is employed for performing preliminary design and assessment of potential future space missions and systems.

“Satellites and superyachts are both complex machines, and concurrent engineering is advantageous in designing any complex system,” explains Massimo Bandecchi, founder of ESA’s CDF. “The basic idea is simple: bring together all necessary experts and design tools into a single room to work together as a team on a shared software model that updates immediately as changes are made, to assess design feasibility and trade-offs in a much more effective and reliable way.

“While our main focus is fulfilling the needs of ESA engineering, there has also been strong interest in our work from industry. Concurrent engineering’s improved performance in terms of time, cost and efficiency speaks for itself. The result is that more than 50 centres have been built following ESA’s original CDF model and are now in operation across Europe, the majority in the space sector, plus around 10 non-space centres.”

Stefan Coronel, Royal Huisman’s Design and Engineering Manager, received training from Massimo and his team before setting up his own concurrent engineering room: “Yacht building is not rocket science, but it does involve a complex, multi-disciplinary system, with lots of trade-offs to be decided.

“The traditional ‘over the hedge’ design method – where one knowledge field does its work, then throws it across to the next team in sequence – demands the subsequent checking of feedback then possible design adjustments, so is quite a time consuming process. In the modern yard-building world there isn’t so much time to spare.

“That said, compared to the dramatic shortening of satellite conceptual design time achieved by ESA, the main benefit we see from concurrent engineering is not gaining time but that the quality of the final design ends up much better, and more complete – giving us confidence to proceed to the build phase.”

Royal Huisman is now applying concurrent engineering to all of their new builds, and many of their refitting and service projects.

Mr. Coronel adds: “Our room is not as fancy as ESA’s CDF, but has the same basic approach of a place where everyone can contribute, with means of accessing all normal engineering tools and calculation methods, plus a splinter room for small separate discussions.”

In the same way that satellite design is broken down into subsystems, yacht design involves some main disciplines taking part in all the sessions: structural strength and stiffness; deck and sail handling; systems such as propulsion, power, heating and air conditioning; electronics and finally interior design – creating a desirable, luxurious interior. Additional external experts, such as noise and vibration specialists, attend as required.

“The kind of trade-offs that concurrent engineering makes easier to resolve include such deceptively simple tasks as placing a side hatch or staircase,” adds Mr. Coronel. “In the case of a hatch it would need to be watertight and endure loads from sea waves, while also integrated with the living space and looking good when trimmed with wood. While any staircase needs to be open and attractive, while also having pipes and electrical cables run through it, and meeting all relevant fire and safety regulations.”

The company’s adoption of concurrent engineering also meant Sea Eagle II’s aluminium panels have had holes and support structures added to them in advance, saving time in construction and the integration of feature such as winches or hatches.