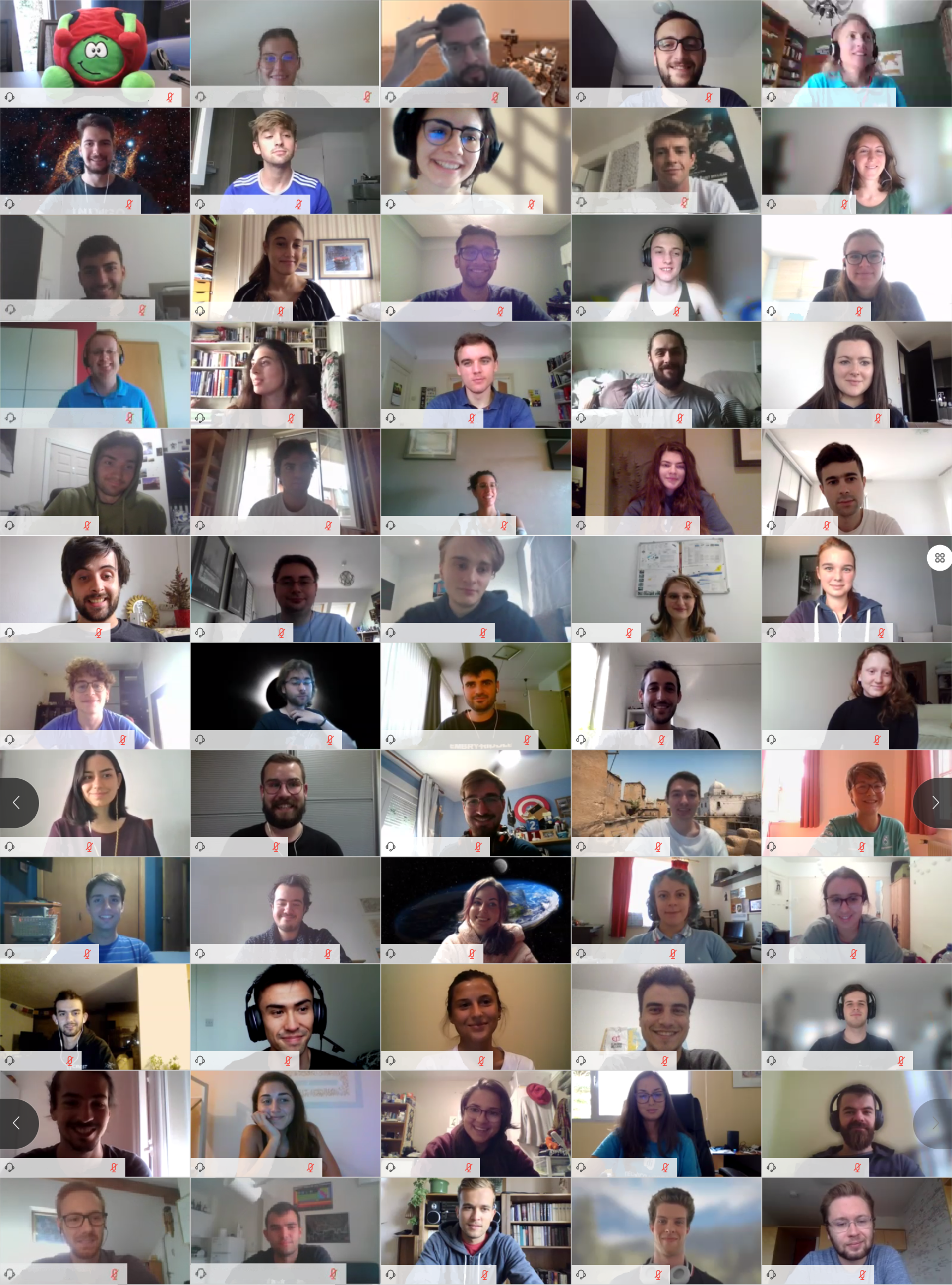 ESA Academy’s Training and Learning Programme has resumed after a summer break with the 2020 edition of its highly-regarded Ladybird Guide to Spacecraft Operations Training Course.

Moving the course fully online, to ensure safe participation during the COVID-19 pandemic, allowed for a large cohort of 60 Bachelor, Master and PhD students, with a science or engineering background, from 15 different ESA Member States and Canada. The training course was offered by a senior ESA Engineer belonging to the Advanced Mission Concepts and Management Support Office of the Operations Department.

Running over eight morning sessions between 7 and 18 September, the course had two main objectives: teach students how to think like an operator; and explain the ways in which each subsystem affects how spacecraft are operated. The style of teaching was in line with the “Ladybird approach" where lectures are kept to a general point of view and avoid overly-complex analytical and mathematical detail. Many concrete examples would be given, with students aided by well-designed diagrams that anybody with a general science background could understand and interpret. “I would characterise it as ‘A Ladybird Guide to thinking outside of the box’,” said a Greek student from the University of Patras. “This course was a combination of engrossing teaching and well-balanced interaction. Thanks ESA not only for getting us closer to our dreams but bringing people having common dreams together as well. I feel immensely inspired and motivated!”

The students were thrown in at the deep end with their very first lesson imparting upon them the importance of having an operator’s mindset, flagging a multitude of psychological traps that they would need to avoid in order to be successful in spacecraft operations. Clearly, this would be no ordinary training course! “You can definitely understand how a spacecraft works and the technical and psychological traps you are facing as an operator,” explained a Romanian student from Politehnica University of Bucharest. “It was an amazing course, really enjoyable and interactive despite it being held online. It increased my passion for the space sector and, honestly, I didn't think that this was even possible.”

The week’s lectures were themed around spacecraft subsystems, with course leaders and students discussing the advantages and disadvantages of various technologies within each:

Supplementing the lectures were a plethora of real-life examples of operational mistakes. Students were tasked with determining the cause of the problems, and how they could have been fixed – or ideally avoided altogether. This approach to learning fully engaged the students, and turned past mistakes into valuable learning experiences for this upcoming generation of operations specialists.

Alongside these lessons were sessions on the Galileo Global Navigation Satellite System and the ESEC-Redu site, home of the PROBA satellites operations centre. Normally tours of ESEC-Redu would be conducted in-person, but the online approach was still impactful and gave the students a taste of what life is like for real operators at this site.

The final day culminated with an online test to evaluate the students’ performances. Those that pass will be able to use this, along with their certificate of participation, to request ECTS credit(s) from their universities.

“The course was totally unlike anything I'd ever done before and I really enjoyed myself,” said an Irish student from the University of Limerick. “In particular, it was a fantastic opportunity to learn more about spacecraft operations, a topic that is rarely covered at university. Furthermore, we were able to apply the skills we'd learned to real-life operational experiences, comparing our strategies with those used by the operations teams looking after spacecraft in those cases. One of the highlights, though, was getting to meet other university students also interested in space and to network with them. The Ladybird Guide to Spacecraft Operations was an experience I won't forget in a hurry. I'd recommend it to anyone!”