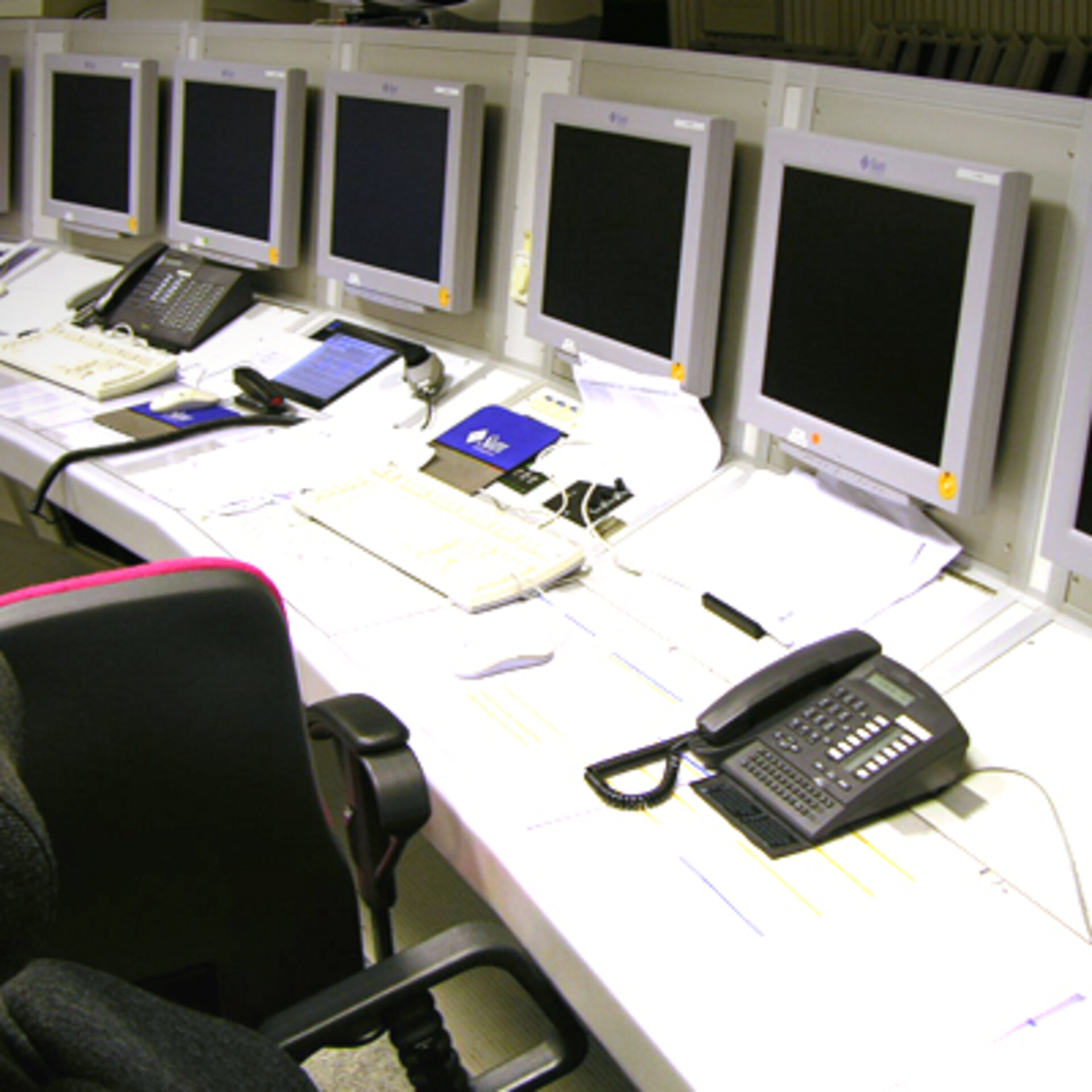 She was their baby for over a decade, and now she is sitting silently on Titan, mission accomplished. The Dedicated Control Room at ESOC is slowly being dismantled as a tightly knit team separates. While media focus on the scientific success of Huygens' voyage to Titan, there has been little mention of one group at the heart of the mission: the Flight Control Team.

"I could not be more satisfied," says Claudio Sollazzo, Huygens Mission Operations Manager, sitting in the Dedicated Control Room (DCR) at the European Space Operations Centre (ESOC) in Darmstadt several days after the Titan touchdown. "ESA has made it to the farthest place humanity has ever put a virtual footprint. Our team made the big effort and deserve a big thanks for what they've done."

As Mission Operations Manager, Sollazzo heads the seven-person Flight Control Team (FCT) that conducted flight operations from ESOC and at NASA's Jet Propulsion Laboratory (JPL), Pasadena, California, during Huygens' flight to Titan. Sollazzo's position and long association with the mission (14 years) make him one of the central figures behind Huygens' success.

And while Sollazzo and the FCT are by no means the only people responsible for the Titan achievement—Sollazzo is quick to point out that hundreds if not thousands of people over the years have helped make the joint ESA/NASA/ASI Cassini-Huygens mission a triumph—they are perhaps among the most identifiable for their key role in getting the probe to its destination, 1 200 million km away.

On 14 January 2005, the flight operations segment of the Huygens mission ended in just a little over three hours—and Sollazzo and the control team were effectively out of jobs. "We went from '1' to '0' in just a short time," says Sollazzo, adding: "It's over and you remain with a big sense of emptiness. Is there a better word?"

What is next for Sollazzo, a former astronomer who has lived and worked in Canada, the USA and Europe? "I have a few things to do back at JPL, but once we deliver the final report, we'll call it a close," he says with more than a little sadness. "My sense is that I'd like to stay in the field of planetary exploration."

Sollazzo says he really enjoys working on cooperative missions and that he and others at both ESA and NASA have learned new ways to work. "We should continue to cultivate joint efforts."

For now, the Huygens team is working on closing out flight operation activities, including preparing flight telemetry data records for archiving at ESTEC, ensuring long-term flight data traceability, clearing out the DCR, redistributing equipment and making sure that Huygens' science data is sent to the right destinations. As with most missions, the FCT will also produce a post-mission ops report.

Joe Wheadon, a 32-year ESA staff engineer who served as Huygens Local Operations Manager, also felt the passion and drama of Huygens' voyage. "When they announced that the radio telescopes had detected Huygens' carrier signal—that was the thing that hit me the most," he says, referring to the first confirmation of Huygens' successful entry into Titan's atmosphere.

Wheadon spent the final intensive months before the January landing coordinating set-up of the Principle Investigator Support Area (PISA), where science teams from many countries worked during the descent, and ensuring that the Dedicated and Main Control Rooms (DCR and MCR) were ready for the descent.

Dave Salt, an ESOC-based Spacecraft Operations Engineer who joined the team in January 1999, shares Sollazzo's sense of loss. "I'll miss the people and the spirit. The team was small, so you got to see all aspects of the mission. We worked with people at JPL, ESTEC—all over. We made friends; they weren't just colleagues," he says.

Salt, a native of Stoke-on-Trent, UK, and a contractor employed by VEGA Group Plc, has already started work on his next project, the METOP weather satellite launch.

The two other ESOC-based FCT members, Martin Johnsson and Martin Hermes ("the two Martins"), also are looking to the future.

By the time you read this, Hermes, a native of Glasgow and an Alcatel Space employee (Alcatel was the prime contractor for Huygens), will have already moved to EUMETSAT (European Organisation for the Exploitation of Meteorological Satellites, also in Darmstadt) to start work as an engineer on the METOP mission, where he can stay in touch with Huygens team mate Dave Salt.

Once Huygens closeout activities conclude, Hermes' colleague and namesake Martin Johnsson, a native of Sweden and expert in on-board software, intends to return home to work. He, too, will miss the team camaraderie: "You had to learn how everything works together; you had to interact with science and industry. It's been great. Repeating the experience of working on a deep-space mission will take some doing," he adds wistfully.

With the Cassini-Huygens mission jointly operated by NASA and ESA, the team was, of necessity, dispersed between the two agencies. Artemio Castillo Amorós, a native of Spain, and Shaun Standley, originally from the UK, both worked at JPL together with Sollazzo. Castillo Amorós, a contractor from Madrid's DEIMOS Space S.L., joined the Huygens FCT in July 2003. He says "[I will miss] the immense effort I have seen by all parties involved in terms of coordination for the sake of the science return—even when the philosophies of work differed notably. The JPL team have been very supportive, and they always target excellence in their results."