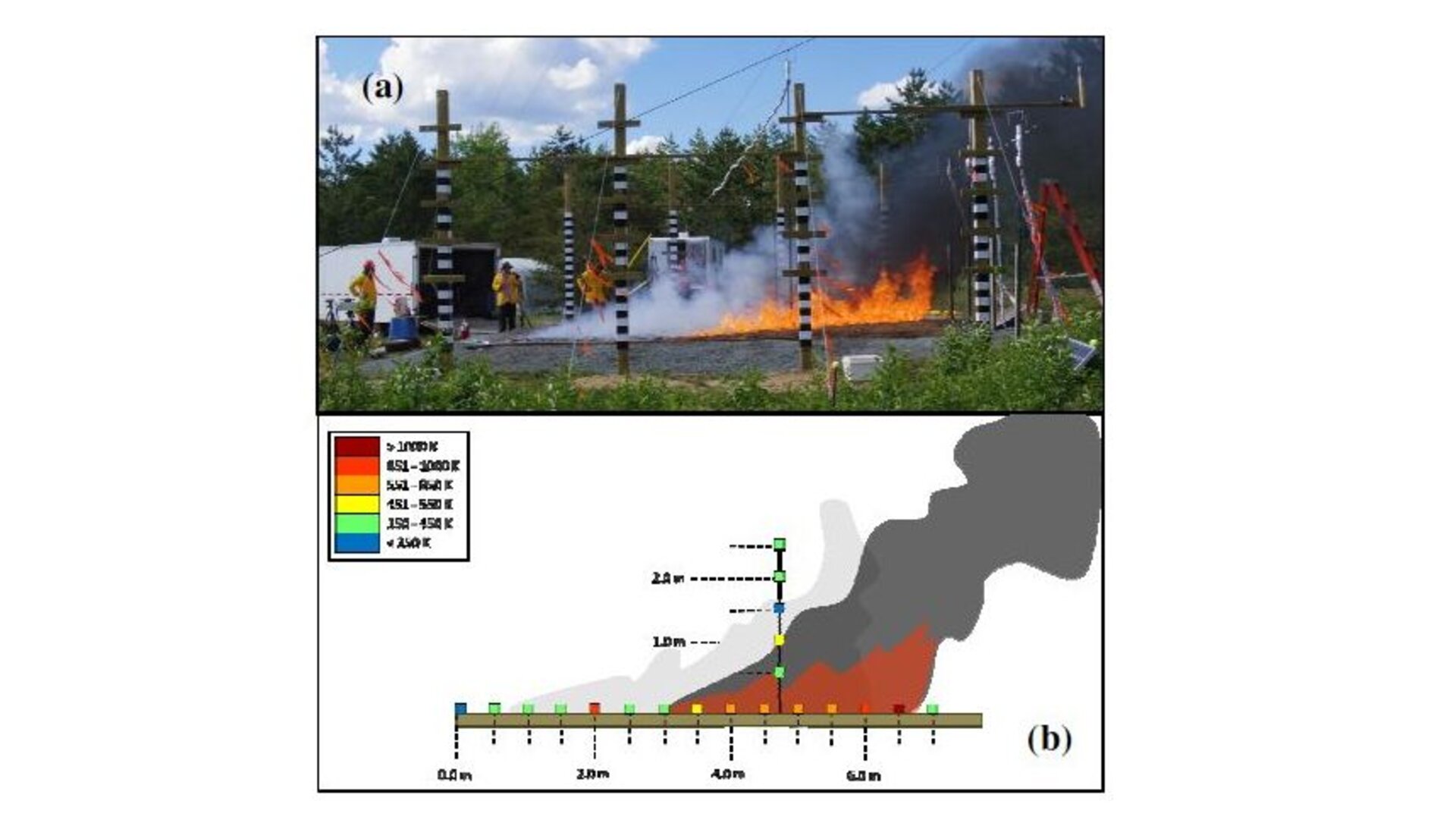 A study to develop a modelling approach to simulate fire regimes focussed on savannah fire has been developed by a consortium composed of King's College London (UK) and Université Paul Sabatier (F).

The approach had to be suitable for simulating 'satellite' type imagery, (e.g. MODIS), and - with the knowledge of the input scene spatial and structural characteristics - to analyse variables related to the Fire Radiative Power (FRP) such as 'effective temperature', 'fire area' and 'fuel consumption'.

The modelling approach was based on existing models and the algorithm developed proposed to fill the gap necessary to simulate the active fire. This involved the development of an algorithm that can provide a 3-D (time-varying) representation of the FRP for a given scene (several temporal and spatial scales) and correlates it with several significant variables, e.g. rate of fuel consumption and smoke release.

Furthermore the potential use of FRP model related information for further improvement of the constraints in fire propagation models was investigated.

The algorithm was validated against field data (with the establishment of the requirements for a dedicated campaign) and satellite observations. The field campaign therefore aimed to conduct a series of experimental burns of a size in-between these two extremes (i.e. of approximately 100 m2).

This meant that fire behaviors resembling those of natural fires could be observed, but at a scale such that very detailed measurements and remote sensing observations could be made of the entire burn plot simultaneously.

The data collected was used to force and/or evaluate fire simulation models, and to develop and parameterize approaches to convert between 2D fire growth models and 3D fire information, such that the simulation of remote sensing imagery can be performed based on 3D radiative transfer techniques using the 3D fire scene information as input. Thermal remote sensing imagery collected during the campaign can then act as a validation source for the final scene simulations.