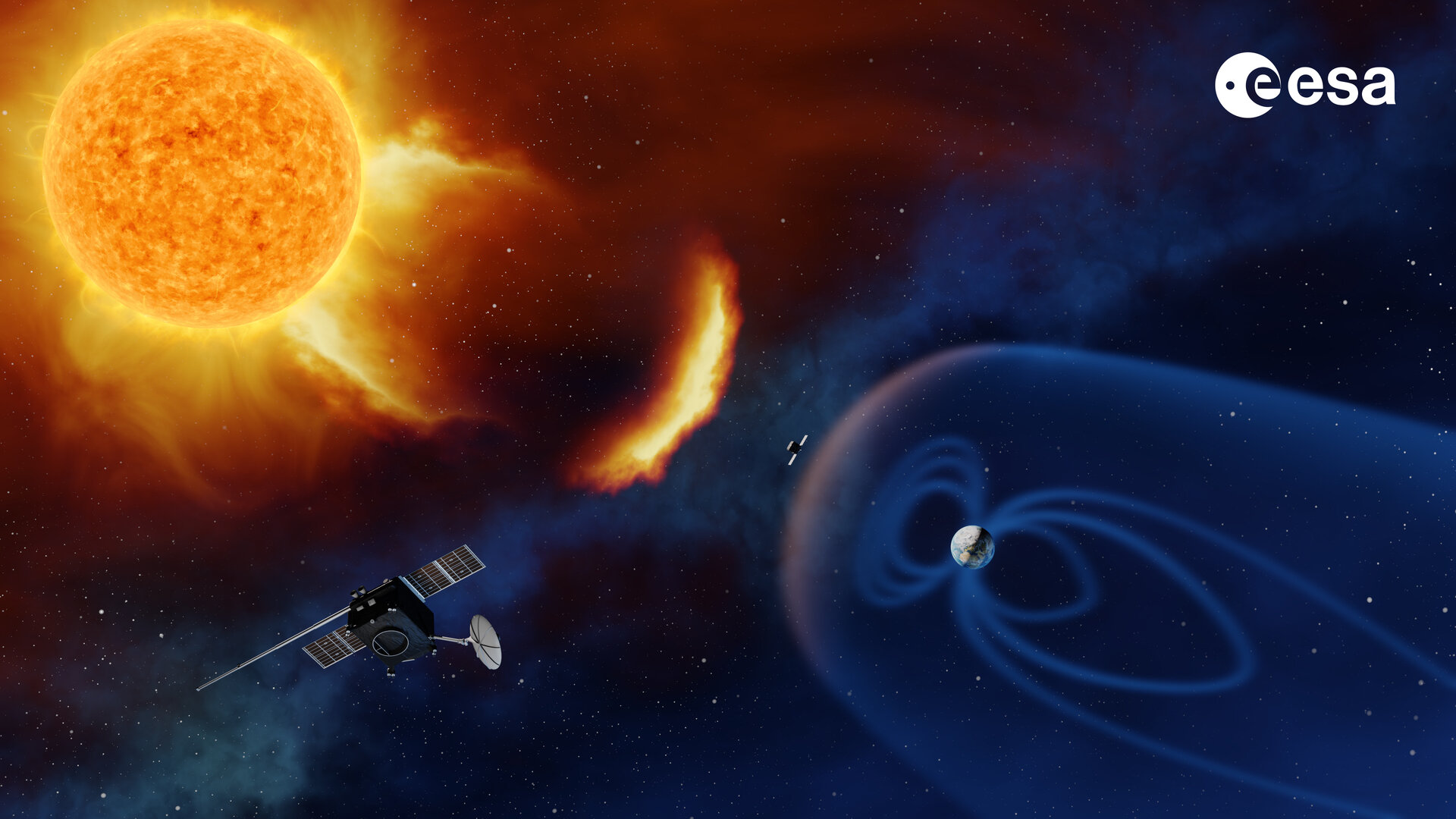 A team of researchers, supported under ESA’s Basic Activities, has recently investigated a resourceful new method of monitoring space weather. They analysed data from spacecraft magnetometers typically used for attitude control — so-called “platform magnetometers”— to see if these devices could also be used to investigate the impact of solar storms on the magnetic field around Earth.

From a distance, the Sun appears to be a serenely glowing ball of light and warmth. But this seemingly gentle star has a violent temper. It goes through periods of intense activity, during which it can send powerful blasts of charged particles through space, which can be hazardous if they head in our direction.

This variation in the space environment between Earth and the Sun, and in particular its impact on Earth, is known as space weather. Luckily, Earth is protected from most space weather events by its magnetic field, but some solar activity can still affect vital infrastructure, including telecommunication and navigation satellites in space, and power grids on the ground.

The investigation was taken on by a team consisting of scientists from TU Delft and the GFZ German Research Centre for Geosciences, who recently presented their findings at ESTEC. The group looked at data from Swarm, GOCE and LISA Pathfinder to investigate whether platform magnetometer data could also be used for space weather diagnostics.

Fabrice Cipriani, responsible for the project from ESA’s side, explains: “This was a bit of an exploratory study for us. Quantifying the effects that solar storms have on Earth is extremely important to monitor and assess the impacts on sensitive infrastructure and so we want to exploit as many source of data as possible that can provide meaningful information, especially when there are no major development costs involved.”

The team compared the data from Swarm’s scientific magnetometer with its platform magnetometer to determine the accuracy of the latter, before applying this knowledge to an analysis of GOCE magnetometer data. As Swarm and GOCE are both in low-Earth orbit, they can tell us a lot about how Earth responds to space weather. A magnetometer was also hosted on board LISA Pathfinder to keep an eye on the satellite’s precise measurement system.

Eelco Doornbos, from Delft University of Technology, elaborates: “LISA Pathfinder is positioned between Earth and the Sun, outside Earth’s magnetosphere. This gives it a great view of the solar wind.”

“We investigated data from LISA Pathfinder, which can observe the solar wind, and from Swarm and GOCE, which can observe magnetic field currents closer to Earth. In both cases the platform magnetometer data was good enough to recover a good signal, even when the magnetometer is not very precise and is close to other instruments,” adds Eelco.

The team concluded that platform magnetometers can provide excellent insight into space weather. Their contribution to monitoring this phenomenon can be significantly increased by initiating coordination between different groups and developing new data processing techniques, both of which are relatively low cost compared to developing dedicated instruments and missions.

Traditionally platform magnetometer data is only sent to Earth so that engineers can check that a spacecraft is working properly. The next step is to make this data accessible to more people.

Fabrice explains, “We want to encourage data users to be involved at an early design phase when developing new spacecraft, to help figure out how to enable easier access to this data.”

“Space weather is such a complicated system that changes so rapidly that the more observations you have, the better. This is why it’s great to get as many satellites as possible looking into it,” Eelco concludes.