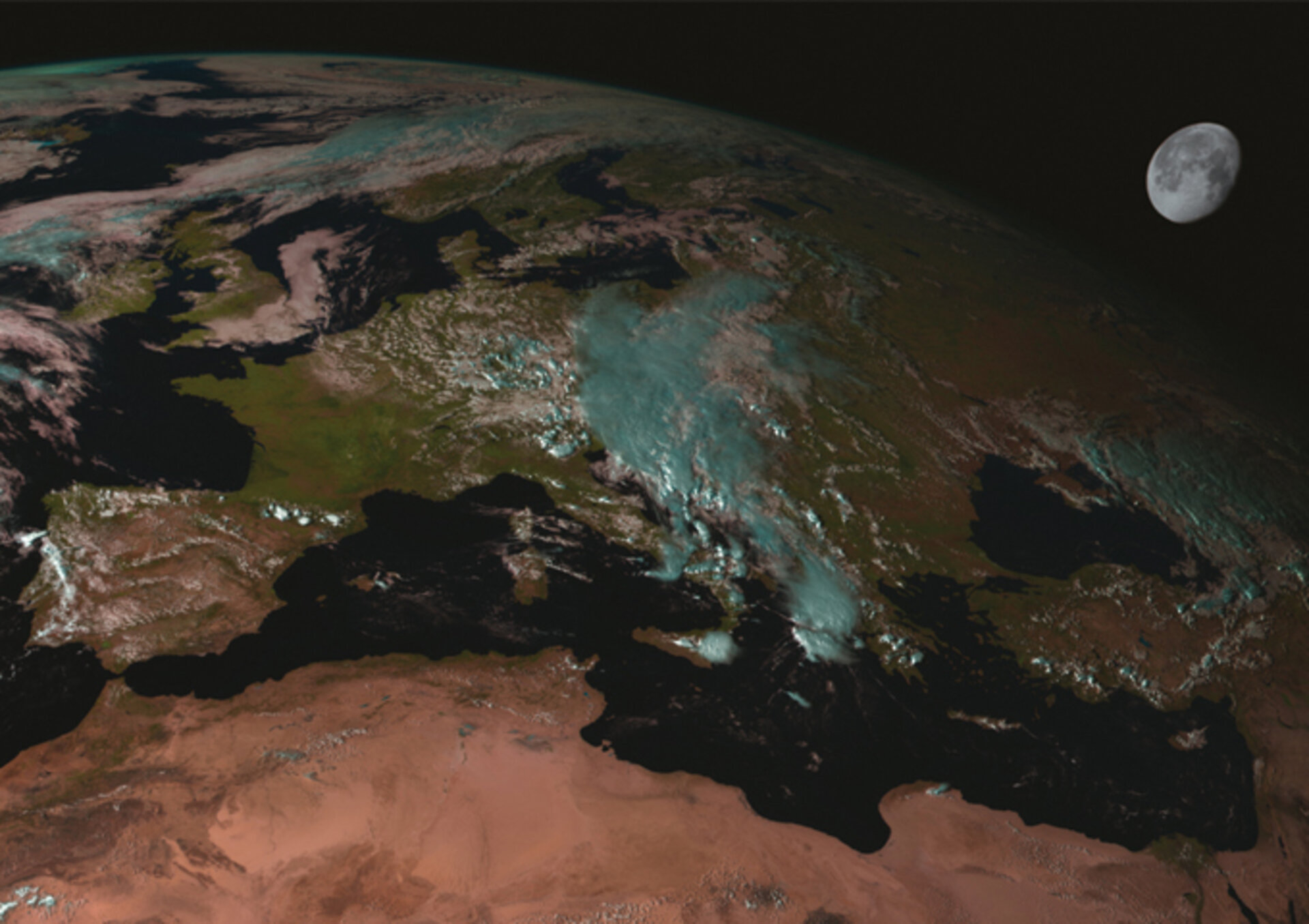 Many Earth observation satellites make use of an added ingredient to ensure reliable, good quality environmental data: the Moon.

While the surface of the Earth is ever changing, the face of the Moon has stayed the same for millions of years, apart from occasional meteoroid impacts. This makes the light reflecting from the lunar surface an ideal calibration source for optical Earth-observing instruments. Now an ESA-led project has plans to make it more useful still.

An instrument has been placed high on the slopes of Mount Teide in Tenerife, above the majority of clouds and airborne dust, designed to measure nightly variations in moonlight, to hone the accuracy of lunar calibration efforts in future.

“Space agencies across the globe use the Moon to assess and monitor the calibration of optical Earth observation instruments,” explains Marc Bouvet, overseeing the project for ESA. “These instruments are carefully calibrated before launch, but in space their performance can gradually drift, due to radiation or lens contamination for instance, or mechanical changes.

“We need to be sure that changes in the light received from Earth represent genuine changes on the ground versus changes in the instrument. Accordingly we need calibration targets – representing an unchanging, stable light source – to pinpoint any performance drift in space instrument measurements.”

Some missions incorporate internal calibration devices while others use relatively unchanging terrestrial features such as featureless stretches of desert, ocean or salt flats, modelling the radiation coming from these targets. But any location on Earth might still vary over time.

“Compared to anywhere on Earth, the surface of the Moon is changeless,” adds Marc. “So a wide range of Earth observing missions use it for monitoring the stability of their calibration, whether from low-Earth or geostationary orbits.

“The main issue, wherever we are looking from, is that the Moon we see isn’t always the same Moon. It doesn’t have a neatly circular orbit around the Earth – neither does Earth around the Sun – and across every 28 days of the lunar cycle we don’t always see exactly the same face: sometimes we see more to the sides, or on top – known as lunar libration.

“In fact, it takes 18 years for the Moon to return to the way it appeared before the present.

“Our objective is to observe the full disc of the Moon across a two-year period, to be able to create a model of lunar radiation that is much more accurate. Today’s best modelling effort has a 10% uncertainty associated with it; we want to be able to get that down to around 2%.”

The instrument installed on Mount Teide is a solar photometer, similar to those used by a global network measuring particles in the atmosphere. This one, however, has been specially adapted to work during the night instead of the day, measuring moonlight instead.

The project, backed through ESA’s Basic Activities, is being undertaken by a consortium incorporating the UK’s National Physical Laboratory, as well as Spain’s Valladolid University and Belgium’s VITO, the Flemish Institute for Technological Research. The State Meteorological Agency of Spain is also contributing to this project by providing access to its Izaña Observatory facilities.

“There was a lot of excitement about this project – as well as comparable US and Chinese efforts – because success would lead us to being able to link past, present and future optical Earth-observing missions to a common calibration reference, allowing easier cross-comparisons of data, enriching our overall picture of the terrestrial environment.

“We hope the improved model could be ready for use by the end of the decade.”