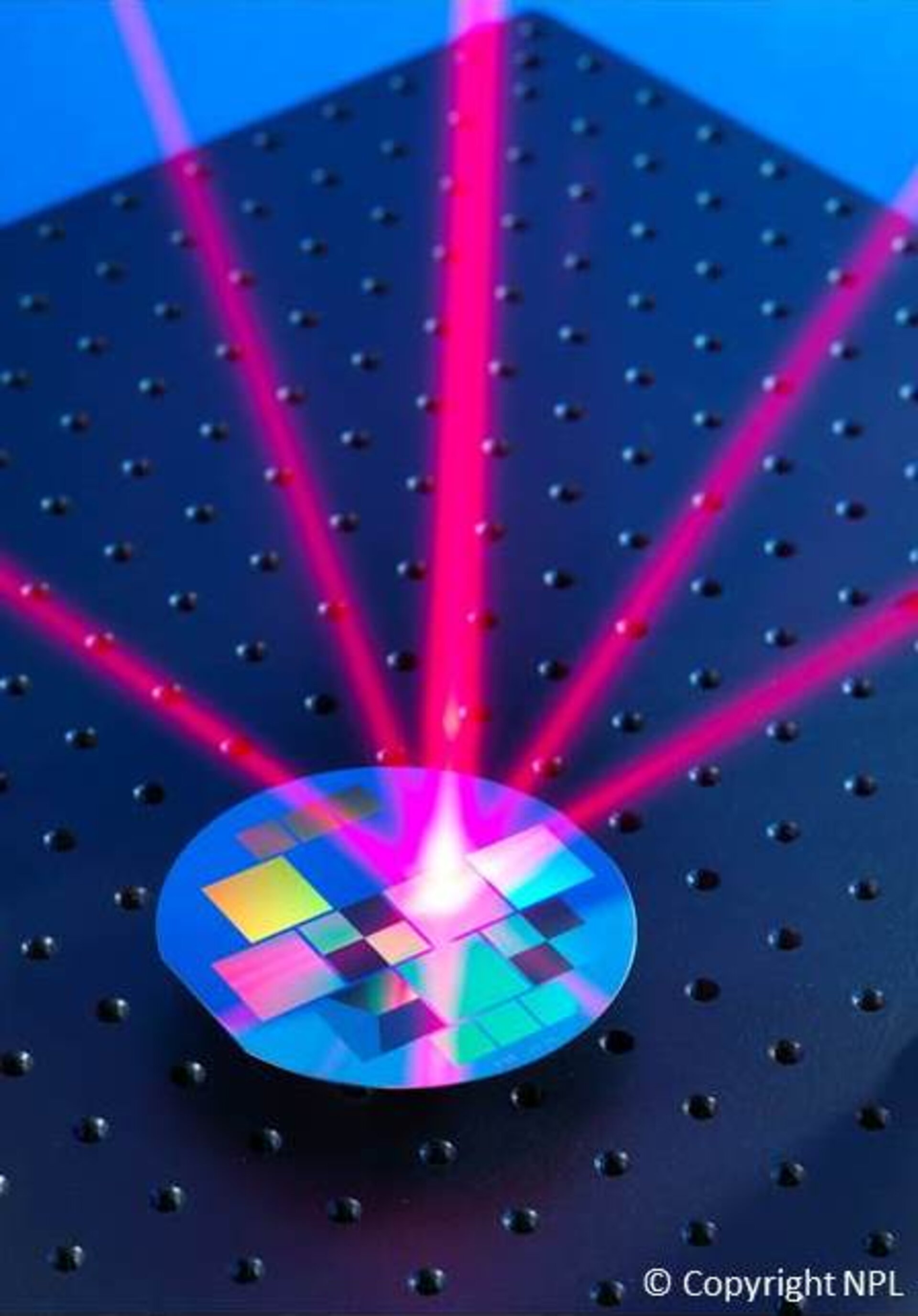 New micro-fabricated grating chips developed through ESA-led research enable the laser-based cooling and capture of atoms on a more compact basis than ever before, potentially delivering laboratory-standard performance for precision environmental sensing and timekeeping from devices portable enough to be flown into space.

The history of timekeeping comes down to a quest for ever-more rapid ‘ticks’, progressing from sundials and water clocks to swinging pendulums then clockwork. The last century saw the quartz clock – regulated by oscillations of quartz crystals – give way in turn to the atomic transitions of first atomic clocks and now state-of-the-art ‘atomic fountains’.

The passive hydrogen maser atomic clocks at the heart of ESA’s Galileo satellites are accurate to one second in three million years, while ESA’s forthcoming Atomic Clock Ensemble in Space (ACES) experiment for the International Space Station around 2016–17 offers an accuracy of about one second in 300 million years.

The ACES payload’s PHARAO (Projet d’Horloge Atomique par Refroidissement d’Atomes en Orbite) clock is a microwave-based system employing laser-cooled caesium atoms, similar to ground-based atomic fountains but taking advantage of the microgravity environment, to operate in conjunction with another active hydrogen maser. ACES is a package specifically designed to be accommodated in the spacious environment of the Space Station.

“The next-generation laser-cooled atomic clocks will need to be drastically reduced in size, their operation simplified and their power consumption slashed to enable their more general and widespread use in space,” said Eamonn Murphy of ESA’s Optoelectronics section.

“Consequently, ESA has been looking at applying the kind of micro-fabrication technology used to manufacture integrated circuits to simplify and miniaturise laser-cooled optical frequency standard systems.

“The aim is to develop space-compatible versions of the latest ground-based laser-cooled optical frequency standards, which are already several orders of magnitude more precise than existing radio-frequency clocks.

These new prototype grating chips form part of that miniaturisation effort. When illuminated by a single laser, these chips – manufactured to the same scale as standard integrated circuits – have been carefully designed to reflect the laser light into a lattice pattern, which then helps to capture and cool free neutral atoms.

Operated in combination with a shepherding magnetic field, this arrangement of laser sub-beams forms a ‘magneto-optical trap’. Laser light slows them down, cooling them from their highly agitated room temperature state down to a chilly 50 microKelvin, a tiny fraction of a degree from absolute zero.

Such cold atoms can then be ‘interrogated’ using highly refined laser systems, triggering transitions between individual quantum states to form the basis of ultra-precise frequency measurements.

Kept unshielded from their outside environment, they might also serve as precision sensors – gathering data as atomic states change due to magnetism, gravity or other factors – or else become the basis of various exotic quantum-based devices.

“Up until now it has taken complex alignments of lasers in a ground-based laboratory to capture and cool large numbers of atoms in this way,” added Eamonn.

“These optical gratings, similar to miniaturised Lego boards, can instead be mass produced and require only a single alignment, while offering a performance equivalent to that obtained with conventional lab-based systems.

“Demonstrating this performance marks the crucial first step in demonstrating the feasibility of compact setups for quantum technologies in general and measurement devices in particular, such as highly accurate portable atomic clocks, high-sensitivity magnetometers or inertial sensors.”

Supported through an ESA Technical Assessment contract, the research was published as the cover story of the May 2013 issue of Nature Nanotechnology magazine. Researchers from the UK’s University of Strathclyde, Imperial College London, the University of Glasgow and the National Physical Laboratory collaborated on this experimental verification.