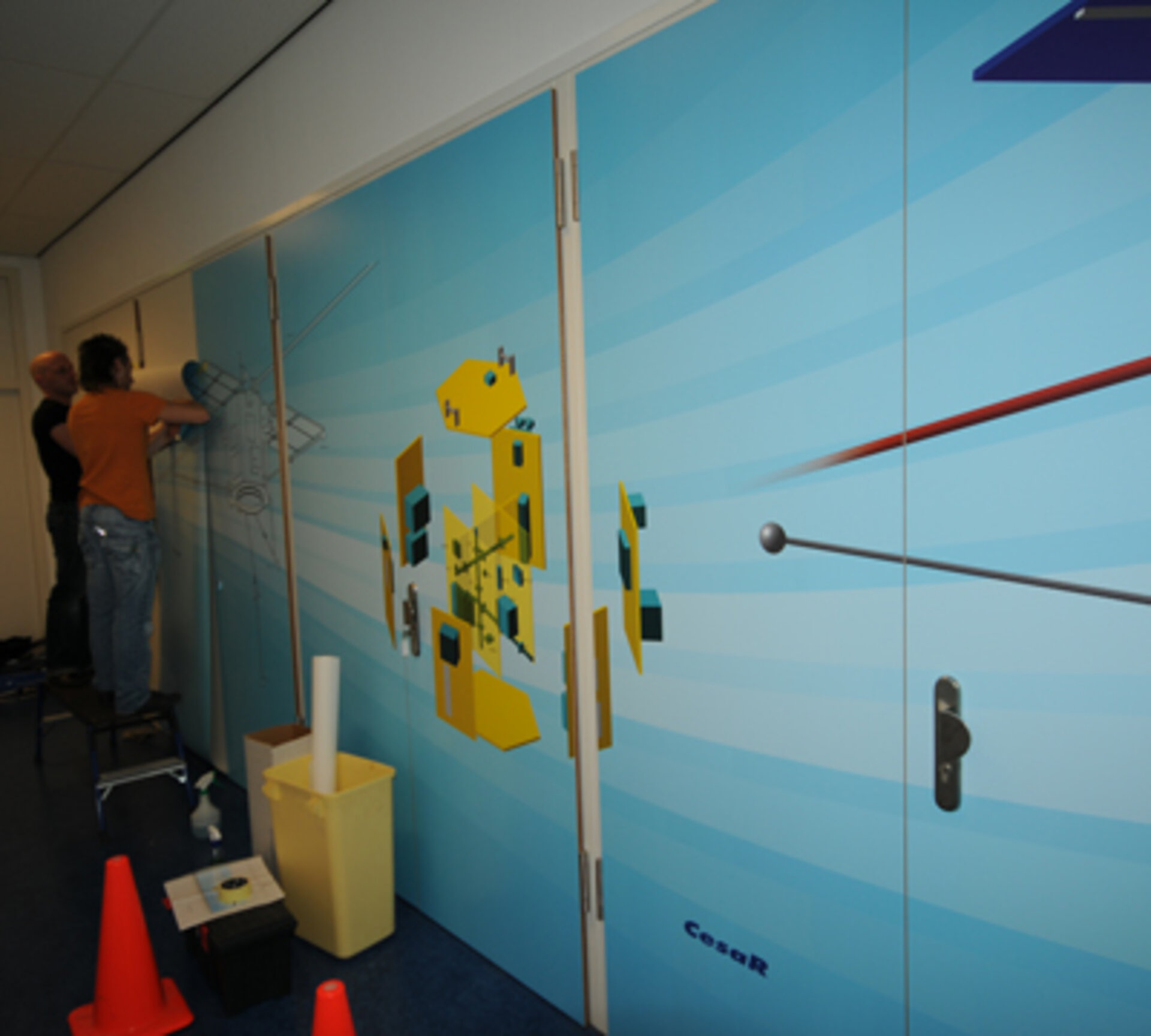 On 8 April 2008 Crown Prince Willem Alexander of the Netherlands came to ESTEC to officially open the new Laboratory Building including the new CDF.

Last minute finishing touches to the CDF included this impressive mural on the corridor facing doors. It represents the typical design phases in CDF and the evolution of a satellite, from its inception to the last iteration.

The media arrive en-masse to report on the inauguration event.

Massimo Bandecchi greets Prince Willem Alexander and the dignitaries in the foyer, under the watchful gaze of Leonardo Da Vinci.

Massimo explains the fundamentals of concurrent engineering to the visiting dignitaries.

Some of the technical disciplines at work are explained; here it is the turn of the configuration workstation.

Particular interest is shown in the simulation, programmatics, cost and risk positions.

After the royal visit, the CDF Team present Massimo with one of the support poles from the old CDF that has been turned into a coat rack, now being used in the main design room.