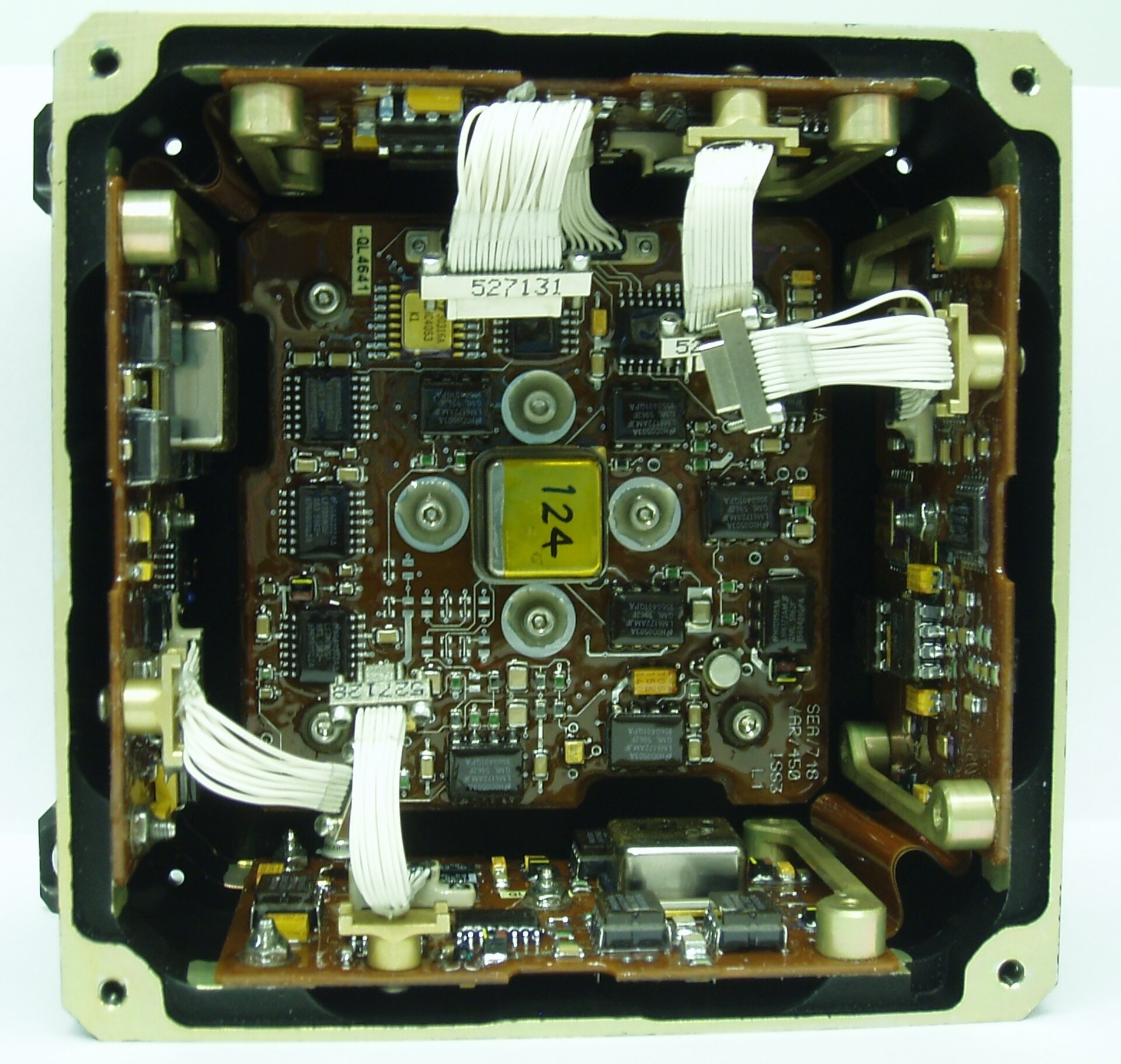 One of ESA's future Earth observation missions will monitor its orientation in space with the help of the smallest gyro ever flown by the Agency. Now being tested, the sugar cube-sized device at the heart of the gyro unit is derived from a sensor used in anti-lock braking systems on millions of cars.

There is no up or down in space. Satellites track their pointing direction using the same approach as on submarines and aircraft: fast-spinning gyroscopes that maintain a fixed orientation in the same way as a child’s spinning top. But space-quality gyros employing this principle are complex, bulky and insufficiently reliable for long space missions.

“There have been several failures in orbit of these older mechanical gyros and their reliability became an issue,” says Stéphane Dussy of ESA’s Control Systems Division. “They are now considered to be obsolete because more reliable gyros have been developed using solid-state technologies from other areas.”

MEMS in their millions

Micro-Electro-Mechanical Systems (MEMS) are an especially promising innovation. They are made in a similar way to microprocessors but incorporating moving parts or sensors so that complete devices can be fitted onto a single silicon chip.

Attractive for space because of their small size, low power consumption and resistance to vibration, these micromachined devices may sound exotic but MEMS sensors are already used in their millions on European roads.

In the last 15 years the automobile industry has adopted MEMS in a major way. The devices are embedded throughout modern cars: MEMS accelerometers trigger airbags, MEMS pressure sensors check tyres and MEMS gyros help to prevent brakes locking and maintain traction during skids.

In a project funded by its Basic Technology Research Programme (TRP) and General Support Technology Programme (GSTP), ESA selected a particular MEMS gyro to modify for space use: the silicon-based SiRRS-01, manufactured by the UK’s Atlantic Inertial Systems Limited (AIS), formerly part of BAE Systems. Scotland’s Selex Galileo is prime contractor for the industrialisation phase, while English company SEA was the prime for the initial development phase.

Instead of a classic spinning gyroscope, the SiRRS-01 is a ’vibrating structure gyro’, with a silicon ring fixed to a silicon structure and set vibrating by a small electric current. The design is based on a principle discovered by physicist George Hartley Bryan in 1890. He caused a wineglass to resonate audibly by rubbing his finger around its rim, then rotated it. As he did so, its tone changed in proportion to its rate of rotation, an effect driven by the ‘Coriolis force’.

“The gyro works in the same way,” explains Mr Dussy. “Its silicon ring is vibrated just like the wine glass, and any shifts in vibration are measured to derive its rotation rate.”

While the underlying principle remains the same, the gyro needed a complete redesign to make it space-worthy, says Dick Durrant of SEA: “The challenge was to harden the technology to meet the space environment while improving its state-of-the-art performance.”

This meant proofing the device against launch stresses and space radiation, as well as substituting space-proven electronic components for standard off-the-shelf parts. In the process of development this variant MEMS gyro, dubbed SiREUS, more than doubled in size from just 4x4 mm to a still-compact 10x10 mm.

On ESA's Sentinel-3 the gyros will be used for identifying satellite motion and also to place it into a pre-set attitude in association with optical sensors after its separation from the launcher, for Sun and Earth acquisition. Three of the devices will fly inside an integrated gyro unit, each measuring a different axis of motion, with a backup unit ensuring system redundancy. Each unit measures 11x11x7 cm, with an overall mass of 750 grams.

Once qualified, SiREUS will become available to other space missions, Mr Durrant explains: “We have succeeded in providing a product with significant operational and cost benefits to future space projects, with the next phase resulting in a unit qualified for future operational use.”

“ESA provided the critical funding to cross from a ‘breadboard’ engineering model to one qualified for space use, which could not been justified on purely commercial terms. It has also enabled us to achieve a performance far in excess of previous MEMS rate sensors.”

Sentinel-3 is one of a series of satellites designed to meet the observing requirements of the Global Monitoring for Environment and Security (GMES) joint initiative of ESA and the European Commission to establish operational environmental monitoring systems. Sentinel-3 will provide global ocean, ice and land vegetation observations. Its launch is scheduled for 2013.