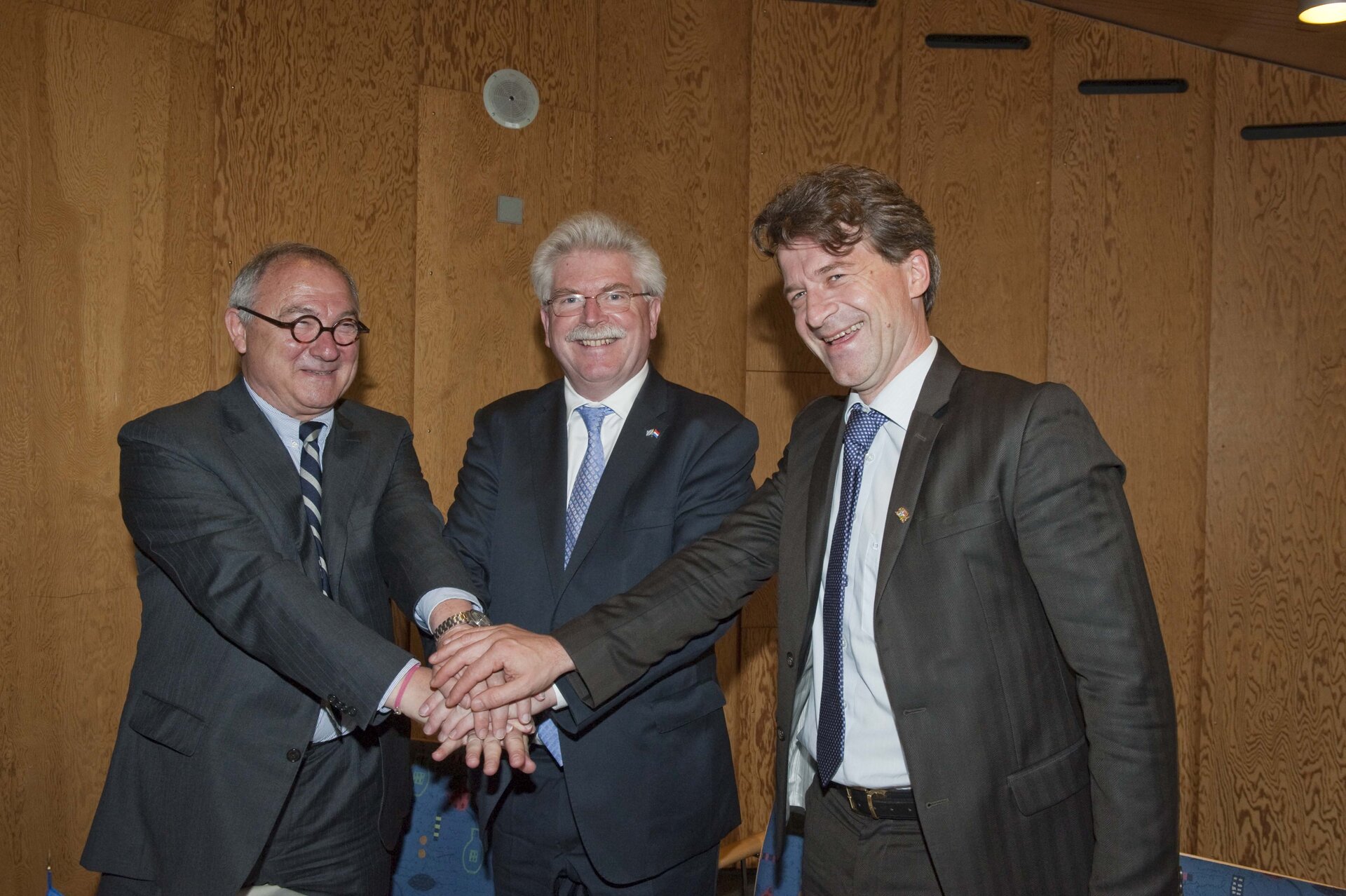 By combining all available terrestrial- and space-based information systems, GMES is giving Europe an independent environmental monitoring capability to improve the security and quality of life of European citizens.

ESA is coordinating the GMES ‘Space Component’, including development of the Sentinel family of satellites to supply data for GMES services.

The formal signing of the GMES Masters contract took place during Minister Zeil’s visit to ESTEC, ESA’s technical centre in Noordwijk, the Netherlands, on 18 May.

Mr Dordain invited the Minister to ESTEC in recognition of Bavaria’s role as a major stakeholder in several European space programmes.

Bavarian universities and research institutions play important roles in the development of Galileo applications, and the Bavarian town of Berchtesgaden is the site of the Galileo Test and Development Environment, with Galileo-like transmitters placed atop nearby Alpine peaks for wide-area testing of Galileo-based systems and services.

The Oberpfaffenhofen incubator is managed on behalf of the Agency by Anwendungszentrum GmbH Oberpfaffenhofen (AZO), also the organiser of the GMES and Galileo Masters competitions. AZO CEO Thorsten Rudolph joined Minister Zeil and Director-General Dordain in signing the GMES Masters contract signature.

The trio also signed a letter of intent to double the number of supported start-ups in the ESA BIC and its outposts in Bavaria, following the success of the first: the ESA BIC Oberpfaffenhofen has established 16 start-ups so far and will support 20 companies per year in future.

The Astrium Friedrichshafen plant in the adjacent federal state of Baden-Württemberg is also prime contractor for the construction of ESA’s Sentinel-2.

These telecommunication satellites will enable the continuous relay of large amounts of data from space, including ESA’s GMES Space Component.

ESA’s Automation and Robotics Laboratory has established close links to DLR’s Institute of Robotics and Mechatronics at Oberpfaffenhofen, especially in the fast-growing field of telerobotics.

Meteron’s aim is to operate robots on Earth from the Space Station, testing the concept that future astronauts could operate robot rovers from orbit.

Among the challenges to be tackled is ‘latency’ – minimising the effects of signal delay – and assessing if force feedback controls favoured for terrestrial precision robotics can be made to work in weightlessness.