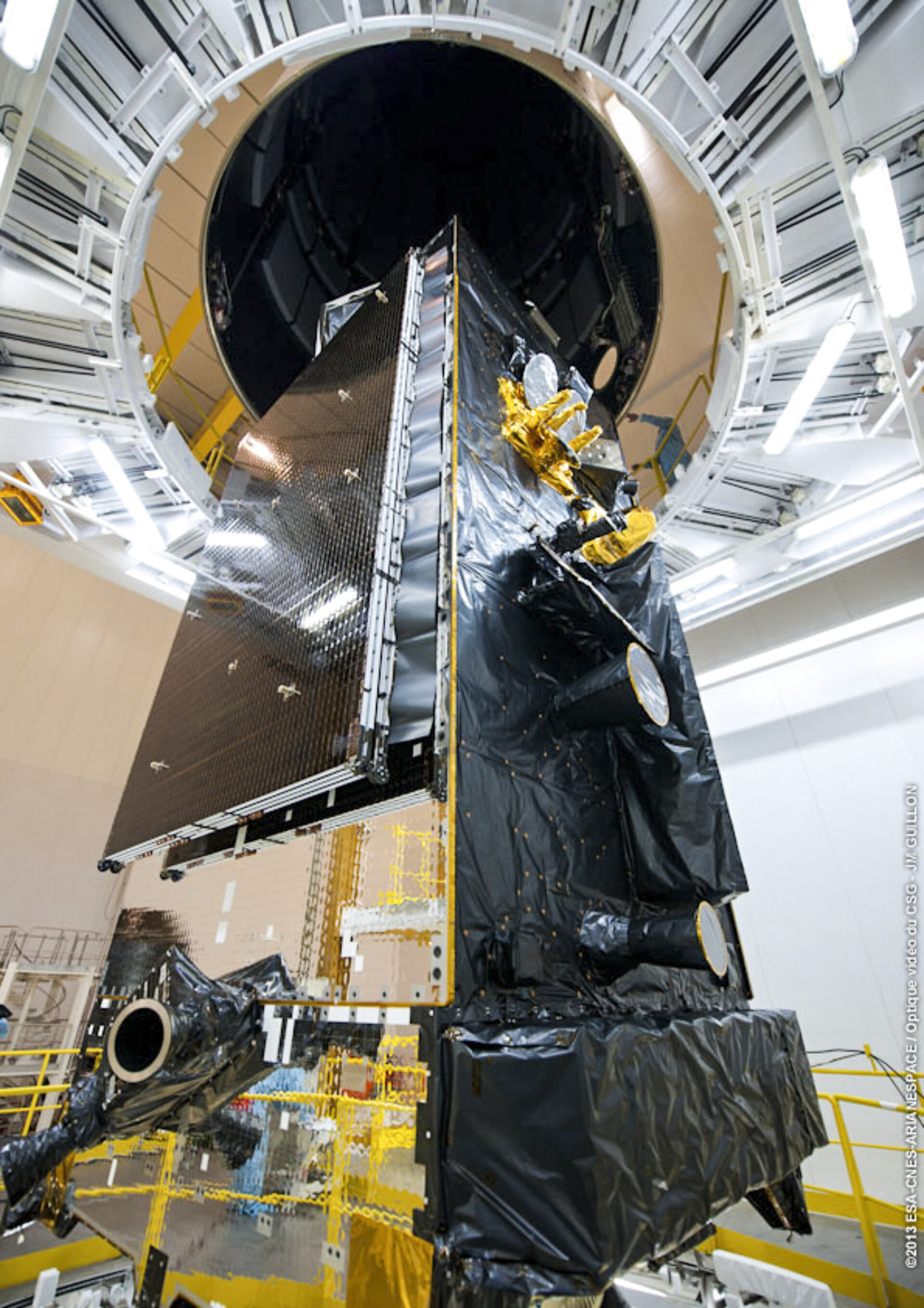 Ready for launch tomorrow, Alphasat – Europe’s largest telecommunications satellite – will serve as a testbed for advanced space technologies at the same time as it works on its day job as part of the Inmarsat satellite fleet.

Developed through a public–private partnership with Inmarsat, the 6.6 tonne Alphasat is the first flight of the new ‘Alphabus’ European telecom platform.

At the same time Alphasat is also flying a quartet of ‘technology development payloads’ – a pair of them conspicuous in gold- and silver-coloured multilayer insulation here, against this face of the satellite’s predominantly black covering.

The higher up of the two gold-wrapped packages is a Q/V-band payload to investigate the viability of higher frequencies for radio communications as existing frequency bands become progressively overcrowded. Developed by Italy’s ASI space agency, the payload was recently renamed for its late inventor, Aldo Paraboni.

Just above it is a black box housing an environmental testing and radiation sensor. Provided by Efacec in Portugal, the sensor tests electronic components and solid-state memory devices against space radiation.

To the right of this is an experimental startracker, a standard device for attitude control that images constellations to deduce a satellite’s orientation.

Below it, the second payload wrapped in gold insulation is an advanced laser communication terminal, capable of locking onto rapidly moving satellites in low orbits thousands of kilometres beneath Alphasat’s fixed geostationary position and receiving up to 1.8 gigabits of data per second.

Developed by Tesat in Germany and furnished by Germany’s DLR space agency, this terminal is trialling technology to be used for ESA’s pair of European Data Relay System satellites later in the decade, establishing a data highway that will be employed in turn to relay results from ESA’s Earth-observing Sentinel satellites to end-users.

Watch the Alphasat launch live on 25 July. Streaming starts 15 minutes before liftoff, with the launch window between 21:53 and 23:11 CEST