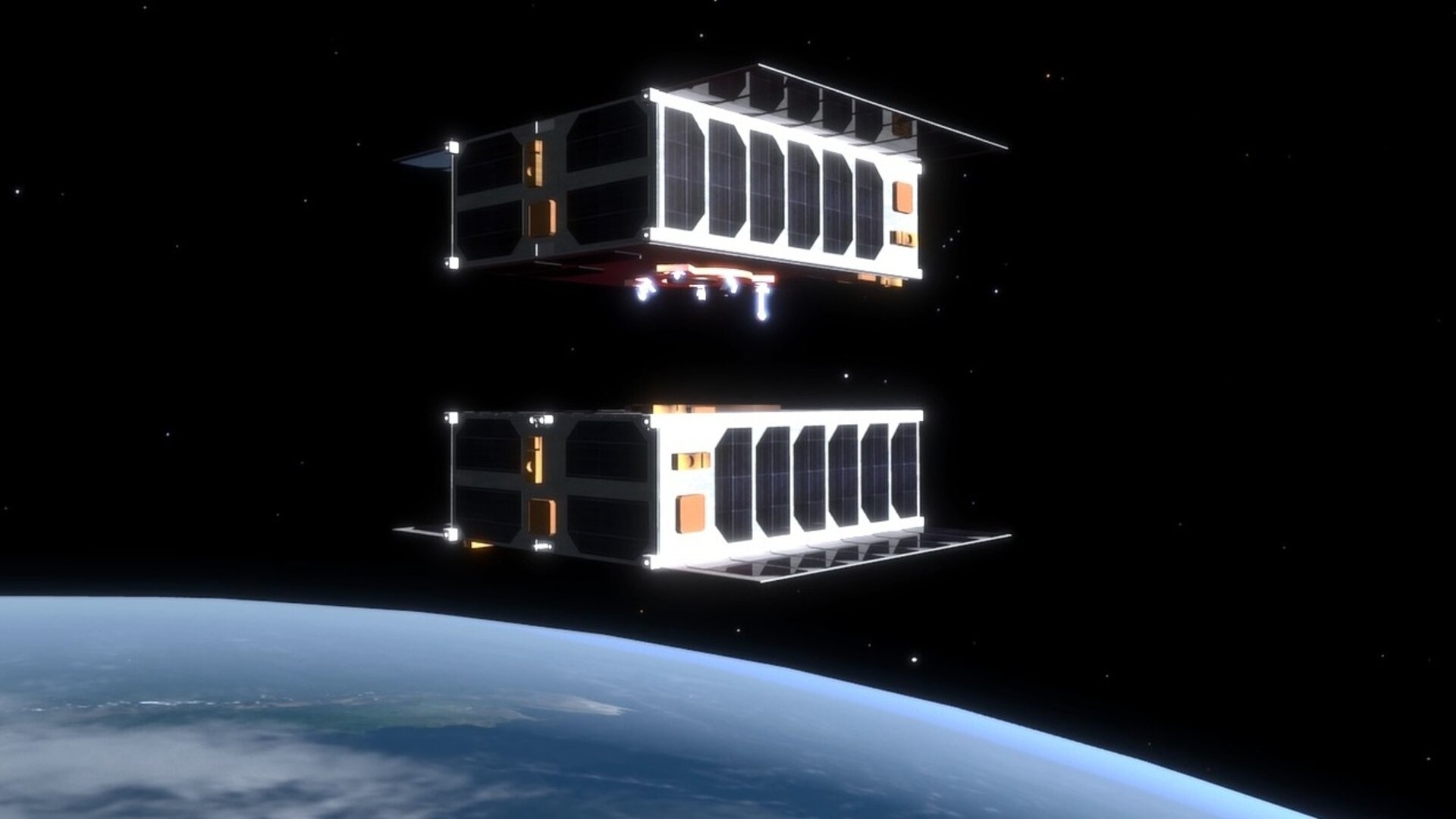 The miniature satellites known as CubeSats already play a variety of roles in space. In future they could also serve as the building blocks of other, larger missions by being docked together in orbit.

CubeSats are nanosatellites of standardised dimensions based on multiple 10-cm-sided cubes, which ESA is employing for both educational and technology-demonstration purposes.

“The ability to autonomously rendezvous and dock CubeSats could enable in-orbit assembly of larger structures that simply would not be possible in any other way,” explains Roger Walker, overseeing ESA’s technology CubeSats.

”Think for instance of constructing a very large telescope mirror or radio antenna for astronomy out of separate CubeSat segments, getting around size limitations set by our rocket fairings.”

So as a first step, ESA is part-funding PhD research into autonomous CubeSat docking techniques.

“We’re looking at the level of guidance, navigation and control performance that would be achievable with the miniaturised sensors and propulsion available to such small satellites, and what kind of docking accuracy might be possible,” said Finn Ankersen, an ESA expert in rendezvous and docking and co-supervisor of the research. 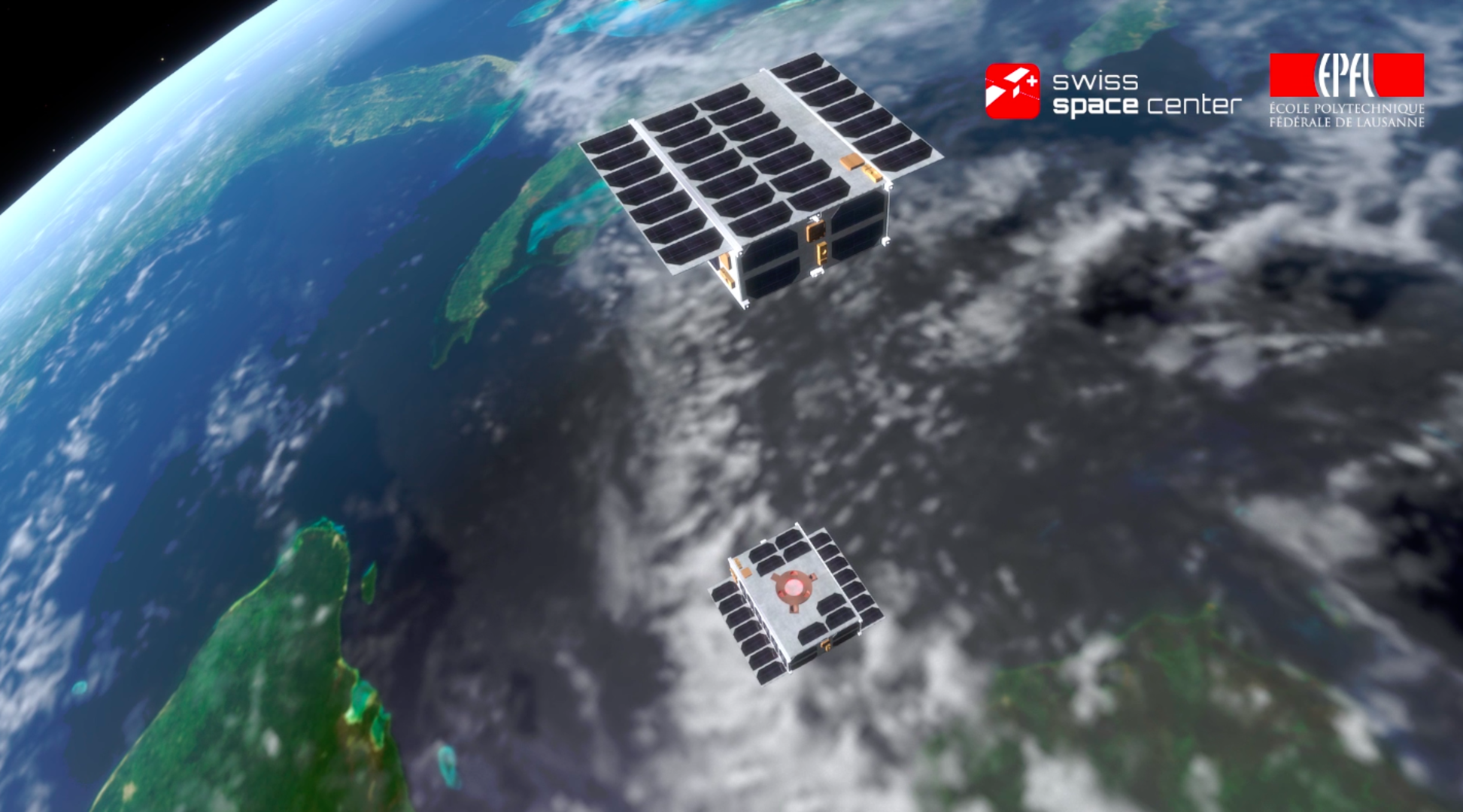 “My interest in the topic came out of a previous R&D project with ESA, designing a CubeSat mission to test out active space debris removal technologies, such as those that will be needed for ESA’s proposed e.Deorbit mission, to capture and deorbit an entire large derelict satellite from orbit.

“The idea would be to demonstrate the pre-capture approach and synchronising of attitude between the chaser spacecraft and the tumbling target at the CubeSat scale, to prepare for a full-scale mission. It was that work that gave rise to this very interesting question: how can we perform rendezvous and docking between CubeSats?

“The challenge is that CubeSats obviously have tight mass, propellant and power constraints. We will need a positioning accuracy of something like 1 cm, previously achieved by ESA’s ATV supply spacecraft when docking with the International Space Station, but obviously the ATV was orders of magnitude bigger.

“A CubeSat docking would be more like placing a needle into a 1-cm-diameter hole, employing a limited number of sensors and of course a strictly limited amount of propellant. A high level of onboard autonomy would also be desirable.”

The two nanosatellites would begin by using GPS navigation for the control system to bring them into closer range, with inter-satellite links established at about 20 km from each other.

“Closer in, we’d be relying on camera-based navigation, with LED beacons fitted to the CubeSats to help measure the relative range and attitude between chaser and target. What I’m currently looking at is how changes in lighting conditions might impact this solution – if sunglare would be a problem, for example.”

Cold-gas thrusters are currently being baselined, although electric propulsion would offer a way of squeezing extra efficiency out of scarce onboard fuel for longer-range rendezvous operations – with knock-on effects for the size and capacity of solar arrays.

“I’m doing the work in Switzerland, but with regular visits to ESA’s ESTEC technical centre in the Netherlands,” adds Camille Pirat. “This gives me the chance to confer with Roger and also veterans of ESA’s ATV spacecraft such as Finn – it was such a great programme, it’s very useful to be able to learn from their experience.”