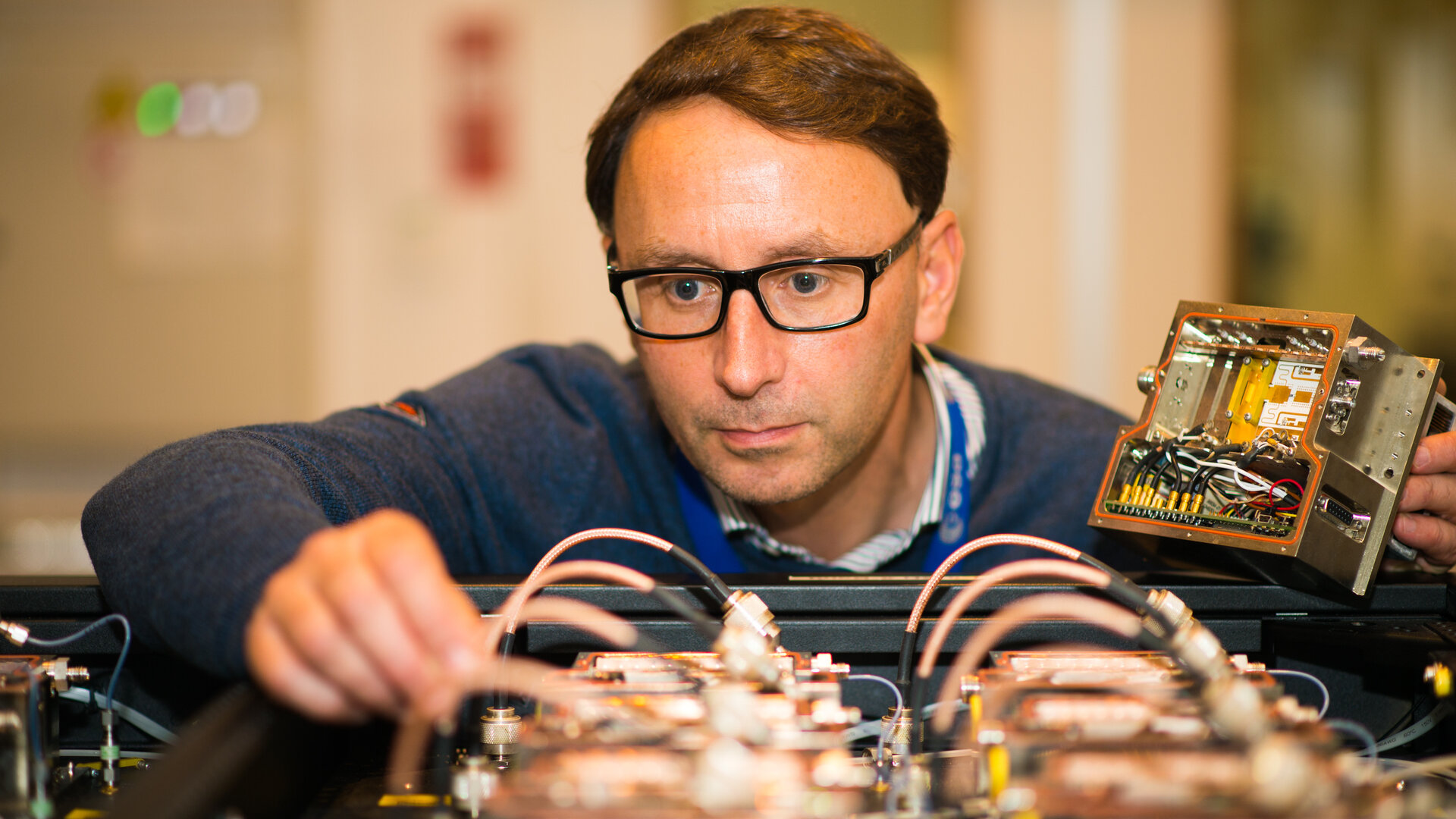 Gallium nitride is a semiconductor tipped for a bright future. Already widely employed as a light source – being used to illuminate London’s Buckingham Palace and other European landmarks – its high power capacity could spark a space-based communications revolution, promising a five- to ten-fold improvement in satellite signal strength and data rates.

Generally regarded as the most promising semiconductor since silicon, gallium nitride (GaN) works better at much higher voltages and temperatures than silicon or the widely-used gallium arsenide (GaAs). Significantly for space, GaN is also inherently radiation-resistant.

ESA has identified GaN as a ‘key enabling technology’ for space, and has established the ‘GaN Reliability Enhancement and Technology Transfer Initiative’ (GREAT2), bringing together leading research institutes and manufacturing industry to set up an independent European supply chain to manufacture high-quality GaN devices for space applications.

”We want to develop this capability in Europe in order to control our own technological destiny and ensure the competitiveness of European space industry,” explains Andrew Barnes of GREAT2. “The aim is to improve state-of-the-art products and to develop new applications for wide-band gap semiconductors. Sourcing from overseas is not always feasible because GaN technology is restricted by the US International Traffic in Arms Regulation (ITAR) or subject to end-user license agreements, meaning its procurement cannot be guaranteed.”

GREAT2 is initially focused on developing space-compatible production processes for fabricating GaN microwave power transistors and Monolithic Microwave Integrated Circuits (MMICs). These processes can then be used to design and fabricate high-performance power amplifiers, which would immediately bolster the competitiveness of the European telecommunications industry – the single largest and most commercial space sector. Other areas would also benefit, such as Earth observation from improved radar and altimeters, and navigation from the increased performance of next-generation Galileo satellites. Further down the line, GaN solar cells, power converters and advanced sensors are important prospects for exploiting this technology.