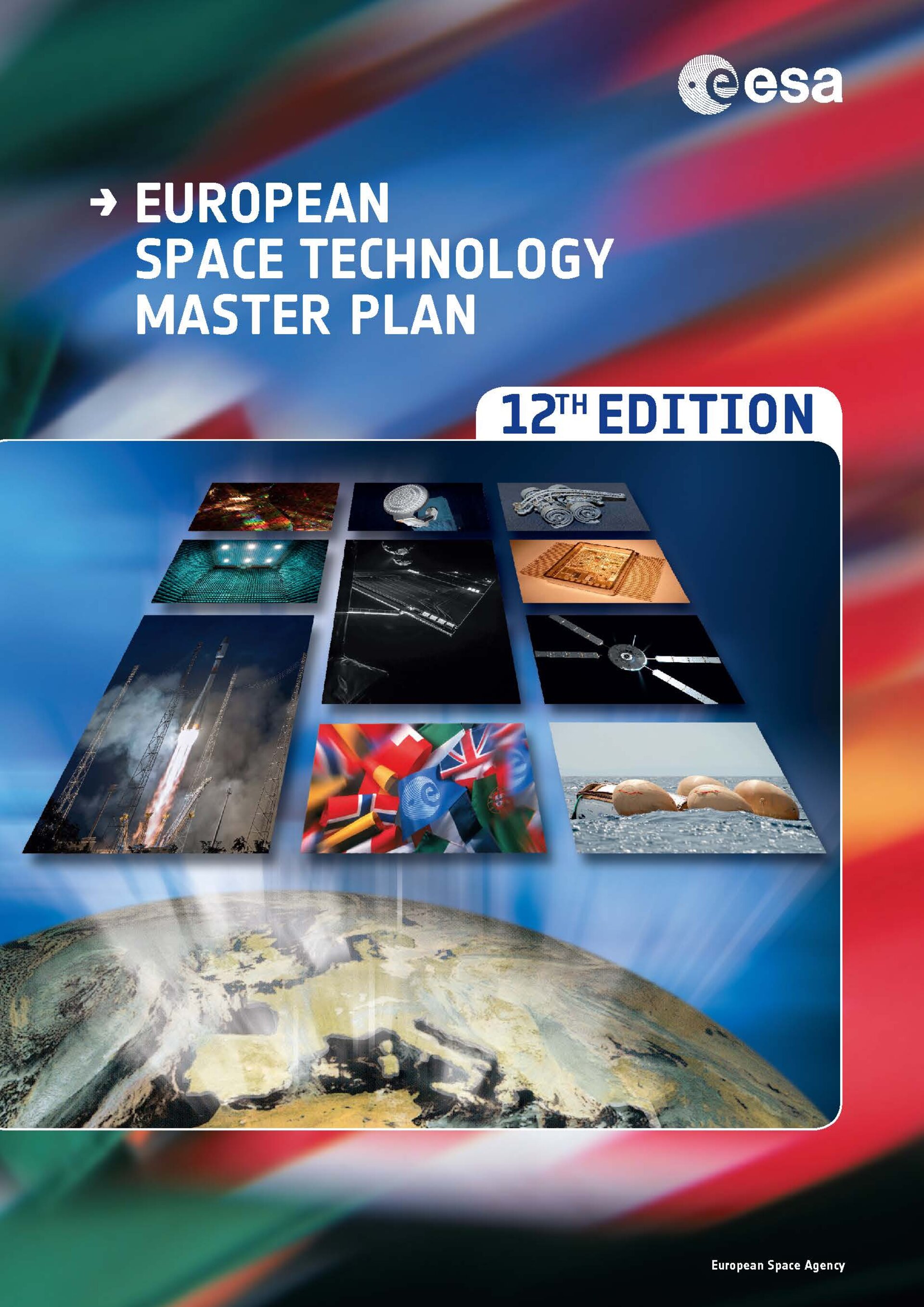 ESA’s previous Director General described this newly published document as a ‘must-read’ for all those interested in Europe’s space future: the latest edition of the European Space Technology Master Plan is now available.

“This is the 12th issue of the Plan,” commented outgoing Director General Jean-Jacques Dordain, speaking at his farewell press conference at Le Bourget on 15 June, sharing the stage with his successor Johann-Dietrich Woerner.

So what is it? Now a well-established document and a true master plan for space technology development in Europe, the annually updated ESTMP provides an insight into worldwide trends in space and on the space technology context.

It details worldwide institutional spending on space and provides an updated presentation of the space technology-related activities of almost 30 countries and institutions, as well as the European capabilities.

It also includes the Harmonised European Technology Roadmaps, covering 50 technology areas, and provides an overview of the European technology plans and programmes that implement them.

“The Master Plan is a key element of the ongoing ESA-led Harmonisation process,” explains Edmund Williams, who leads the team overseeing this work for ESA.

“It continues to be a unique document in terms of cooperation, as it represents the result of a joint effort of ESA, its Member States and Cooperating States, and other European institutional actors such as the European Commission and European Defence Agency within a single text.

“Through its plans and roadmaps, it provides a European vision and strategy on technology for the coming years, to support decisions on technology development.”

Continuously evolving, the harmonisation process began back at the turn of the century. Faced with global rivals able to outspend Europe by several orders of magnitude – or else marshal an order of magnitude more engineers – it became clear that every euro invested in R&D must maximise Europe’s return on investment in order to maintain its lead.

By bringing together key participants in European space technology R&D, a full overview of the capabilities, needs, resources and work being done is established and serves to identify research gaps, avoid duplication and provide the basis to agree common future development roadmaps.

Following a long-standing tradition, this edition reflects the status of agreed roadmaps and contains the nine latest from 2014. This allows different R&D projects to tackle different aspects of common problems, building for success.

“It is now published in the second quarter of the year, making it available during important space industry events such as Le Bourget, as well as other events in the second half of the year.”

As the former Director General said during his press conference: “You have to realise that the public sector in Europe is spending €640 million – this was the case in 2014 – just on space technology. So it is important to make this type of investment efficient because this is the competitiveness of the European space sector…

How to get a copy

Paper copies are distributed widely in Europe to technology leaders and decision makers.  It is also available on a controlled distribution basis in electronic form on a USB key or downloadable from ESA’s Harmonisation Document Management System (HDMS). Login details can be requested by relevant stakeholders who send an email to harmo@esa.int. To request a paper copy please contact ESTMP@esa.int