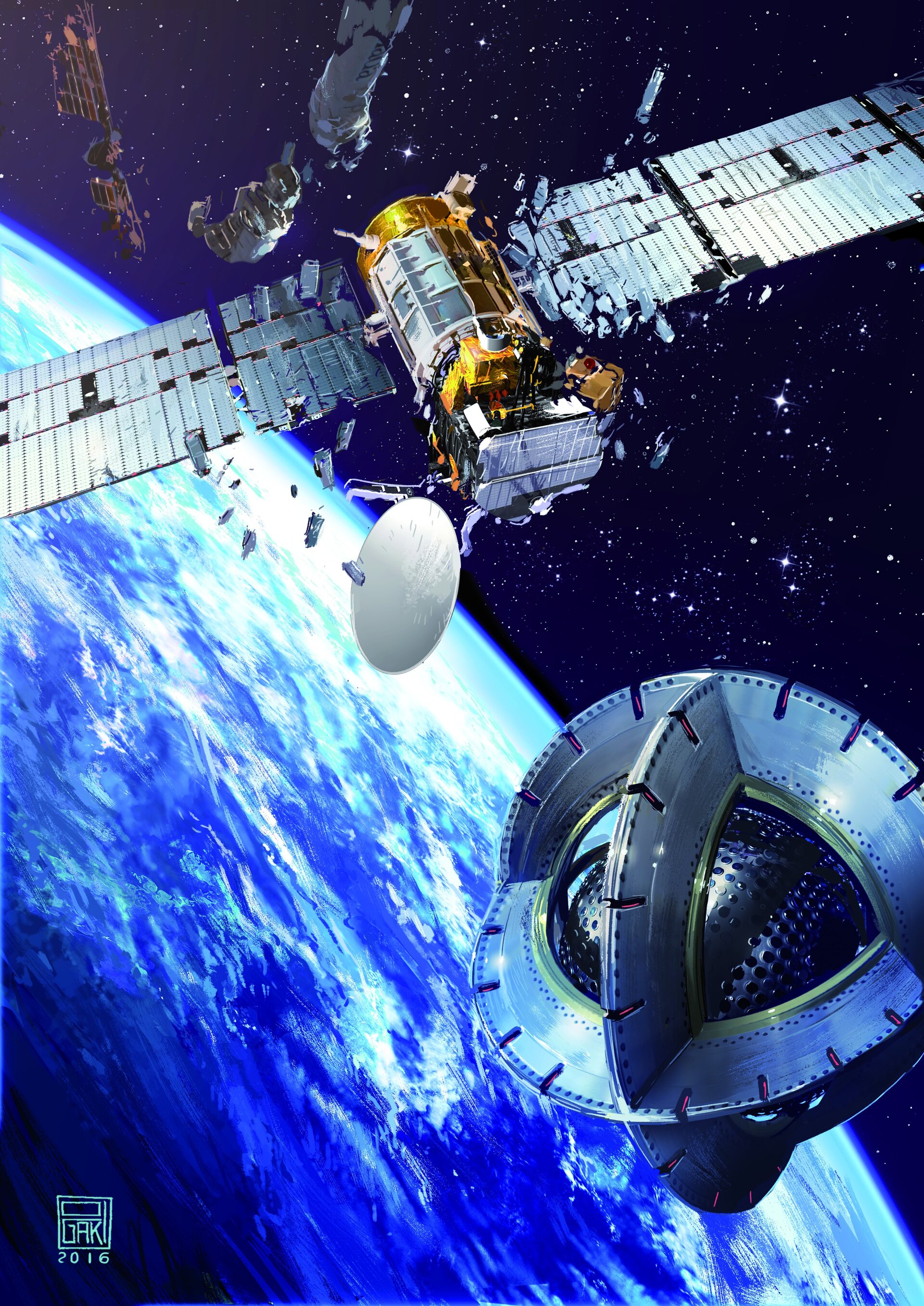 Derelict satellites could in future be grappled and removed from key orbits around Earth with a space tug using magnetic forces.

This same magnetic attraction or repulsion is also being considered as a safe method for multiple satellites to maintain close formations in space.

Such satellite swarms are being considered for future astronomy or Earth-observing missions – if their relative positions can stay stable they could act as a single giant telescope.

To combat space debris, interest is growing in plucking entire satellites from space. The biggest challenge is to grapple and secure such uncontrolled, rapidly tumbling objects, typically of several tonnes.

Multiple techniques are being investigated, including robotic arms, nets and harpoons.

Now researcher Emilien Fabacher of the Institut Supérieur de l'Aéronautique et de l’Espace, part of the University of Toulouse in France, has added another method to the list: magnetic grappling.

“With a satellite you want to deorbit, it’s much better if you can stay at a safe distance, without needing to come into direct contact and risking damage to both chaser and target satellites,” explains Emilien.

“So the idea I’m investigating is to apply magnetic forces either to attract or repel the target satellite, to shift its orbit or deorbit it entirely.”

Such target satellites would not need to be specially equipped in advance. Instead, such a tug would influence target satellites using their ‘magnetorquers’: reliable electromagnets already carried to adjust orientation using Earth’s magnetic field.

“These are standard issue aboard many low-orbiting satellites,” adds Emilien.

The strong magnetic field required by the chaser satellite would be generated using superconducting wires cooled to cryogenic temperatures.

“This kind of contactless magnetic influence would work from about 10–15 m out, offering positioning precision within 10 cm with attitude precision 1–2º.”

For his PhD research, Emilien has been researching how the resulting guidance, navigation and control techniques would work in practice, combining a rendezvous simulator with magnetic interaction models, while also taking account of the ever-changing state of Earth’s own magnetosphere.

His research has been supported through ESA’s Networking/Partnering Initiative, which supports work carried out by universities and research institutes on advanced technologies with potential space applications. Emilien also visited ESA’s technical centre in the Netherlands, to consult with Agency experts.

Emilien recalls that the concept originally came out of discussion with ESA experts, and he was lucky enough to be in the right place at the right time to explore its feasibility: “The first surprise was that it was indeed possible, theoretically – initially we couldn’t be sure, but it turns out that the physics works fine.”