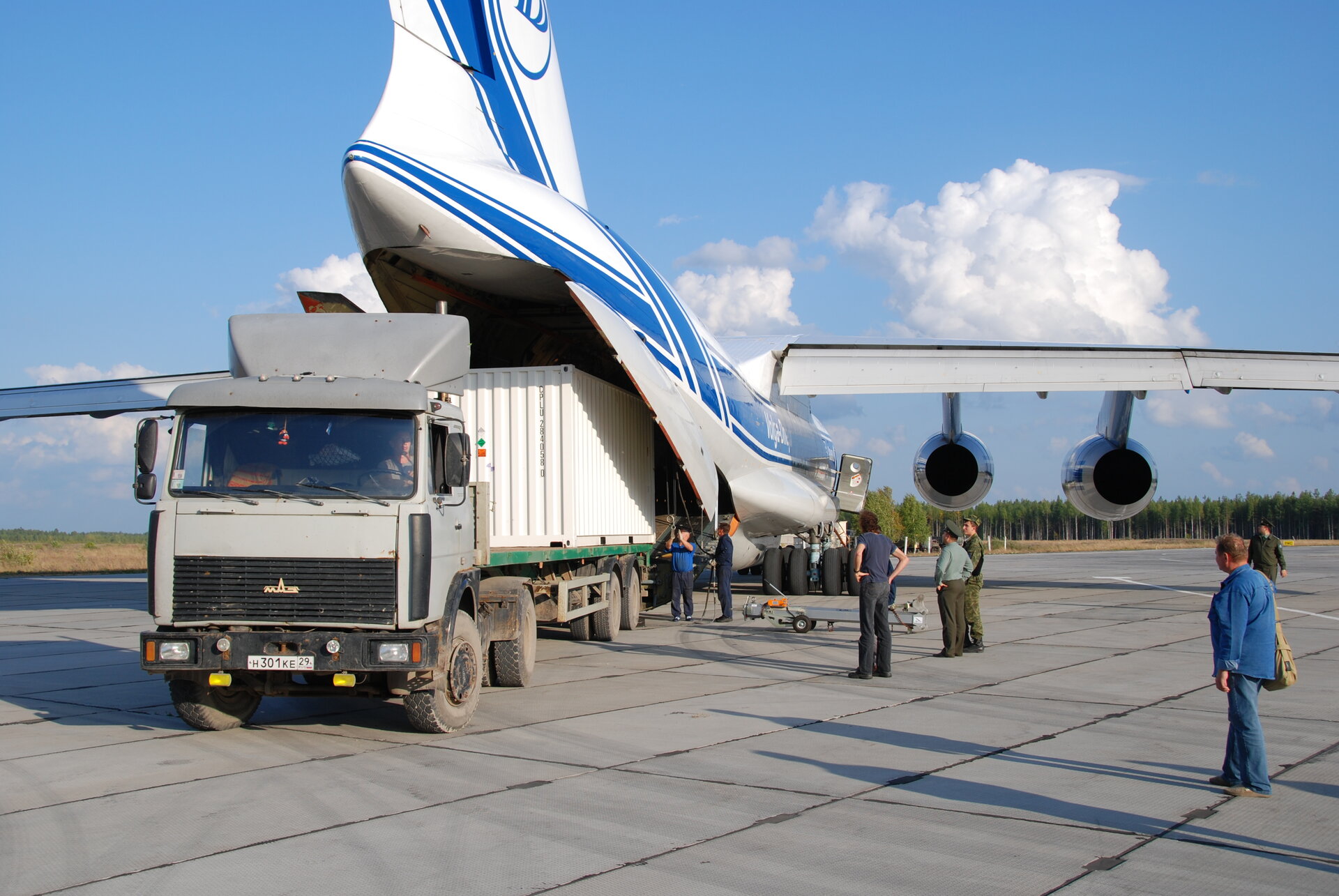 Proba-2 has reached Plesetsk Cosmodrome in northern Russia, where it is being prepared for launch this November. Among the smallest satellites ever built by ESA, it was transported there aboard an Ilyushin cargo plane.

Proba-2 is a mission of ESA’s General Support Technology Programme (GSTP) , building on almost eight years of operational experience gained with Proba-1. While standard satellites are lorry-sized structures, the Probas occupy less than a cubic metre. But this small scale does not limit their capabilities: Proba-2 carries a total of 17 new technology developments and four scientific experiments, focused on solar and space weather observations.

Proba-2 and its support equipment were safely packed in a container for the trans-continental journey. The satellite was accompanied throughout its trip by five members of the Verhaert Space team responsible for its assembly, as well as by ESA’s Proba-2 system engineer, Kristof Gantois.

Proba-2 left its Belgian homeland on Thursday 3 September, taking off from Brussels Airport at 08:50 CEST. After a four-hour flight, the Volga Airlines-operated Ilyushin touched down at Archangelsk in the far north of European Russia for customs clearance.

It took off again at 17:00 local time for the second and final leg of the flight, to Plesetsk Cosmodrome located due south. This 200 km journey took half an hour. The plane was met by a welcoming committee from the Russian military space forces, Khrunichev and Eurockot – the companies running the Plesetsk launch facilities and Rockot launcher, respectively – as well as the ESA team already on site.

Within 30 minutes, the Proba-2 container was unloaded and placed on a lorry for its final trip of the day: the three-and-a-half hour drive from Plesetsk’s airport to the clean room of the ‘MIK’ integration facility. Unpacking the satellite and preparing equipment began the following day.

As part of ESA’s strategy to reduce mission costs, Proba-2 will piggyback its way to orbit on the same Rockot carrying ESA’s larger Soil Moisture and Ocean Salinity (SMOS) Earth Explorer satellite. The two are scheduled to be launched from Plesetsk Cosmodrome on 2 November.