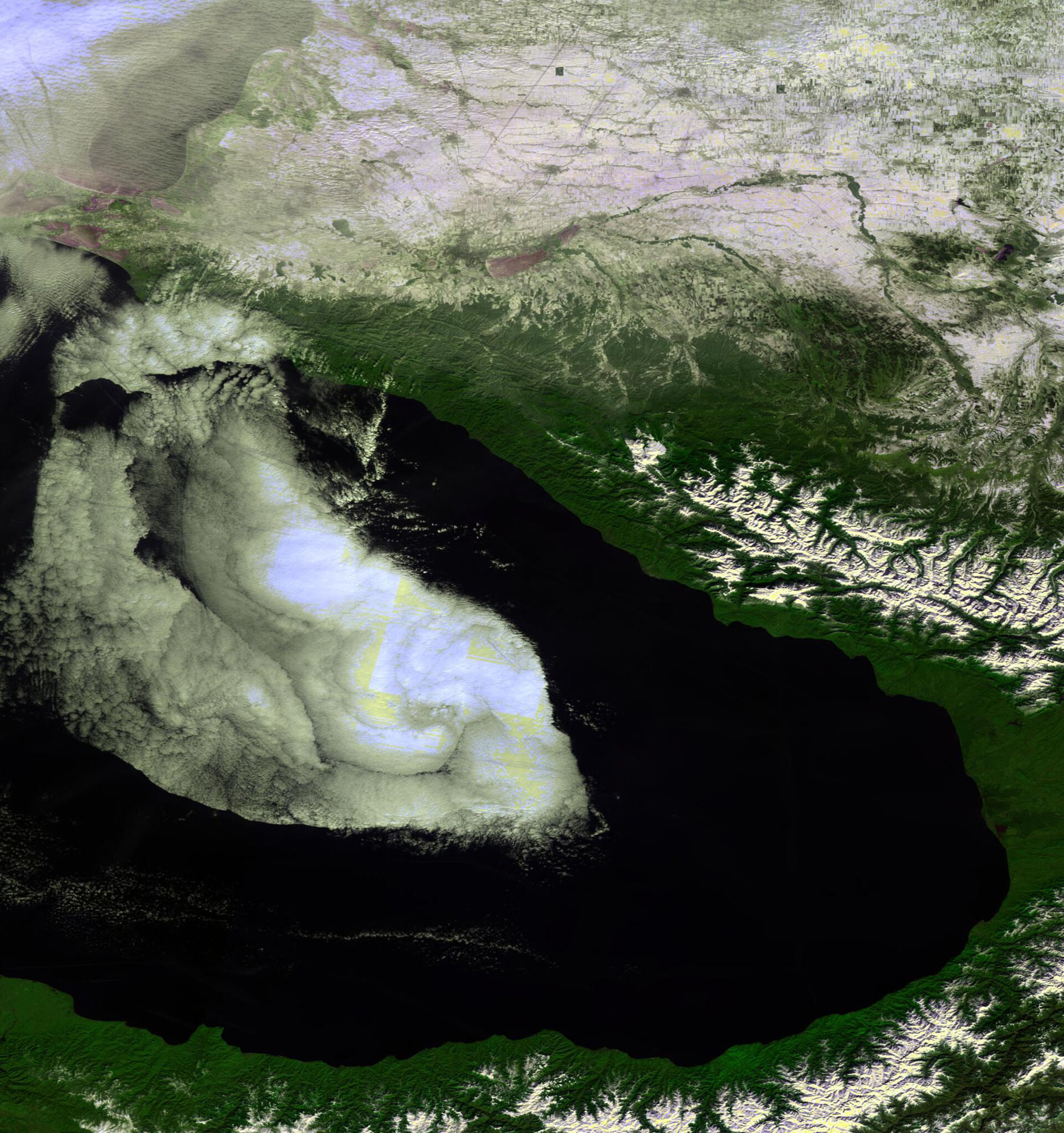 More than 5000 images, 65 daily global maps and six 10-day global syntheses, plus a quick peek at the Olympics: in its first two months of work, the vegetation-monitoring Proba-V minisatellite has yielded a valuable harvest for around a hundred scientific teams around the globe.

Measuring less than a cubic metre, Proba-V tracks vegetation growth across the world on a near-daily basis – 93% of the globe is covered in one day, 100% in two days – using its main wide-viewing Vegetation camera.

Launched last May, the satellite began its routine working life in early December.

Scientists can use the Proba-V output with confidence, knowing they have been cross-calibrated with its predecessor, the Vegetation sensor on France’s Spot-5 satellite.

The new camera improves on Spot’s in one important respect: while the first-generation instrument images the world at 1 km resolution, Proba-V’s vision is much sharper.

It offers daily near-global coverage at 333 m resolution with a geolocation accuracy better than one pixel.

For the central 500 km of Proba-V’s 2250 km field of view the resolution is even sharper – about 100 m in the visible and near-infrared and some 200 m in the shortwave infrared.

In fact, Proba-V’s excellent performance means global products with 100 m resolution are probably possible in the near future. A future 100 m-resolution Proba mission is now being studied.

The output is processed for ESA by Belgium’s Flemish institute for technological research, VITO. “VITO has developed a processing chain for 100 m visible and near infrared syntheses,” explained Bart Deronde, its Proba-V operations manager.

“But before we go on to develop an operational product a thorough analysis needs to be made on the product quality – so we are asking interested research teams to contact VITO if they want to contribute to this effort, planned during the next six months.”

Proba-V is set to gain a commercial ‘cousin’ – the minisatellite’s Belgian builders have sold a comparable mission, including satellite and ground station, to Vietnam.

A Belgian consortium led by space software specialist Spacebel has signed a contract with the Vietnam Academy of Science and Technology for a mission called VNREDSat-1B: Vietnam Natural Resources, Environment & Disaster Monitoring satellite.

This hyperspectral Earth observation mission, comparable in design to the Proba-V platform and elements of its payload, will be used for agricultural monitoring, including crop cultivation tracking and water management.

With a 100 km field of view to gather high-resolution hyperspectral and panchromatic imagery from its 640 km-altitude orbit, VNREDSat-1B will revisit any single point on Earth every five days.

Its predecessor was launched on the same Vega rocket as Proba-V, on 7 May 2013.

The contract comprises a total package for building and supply of a complete satellite infrastructure to Vietnam: this includes the satellite, test facilities, ground station and its operation for one year.