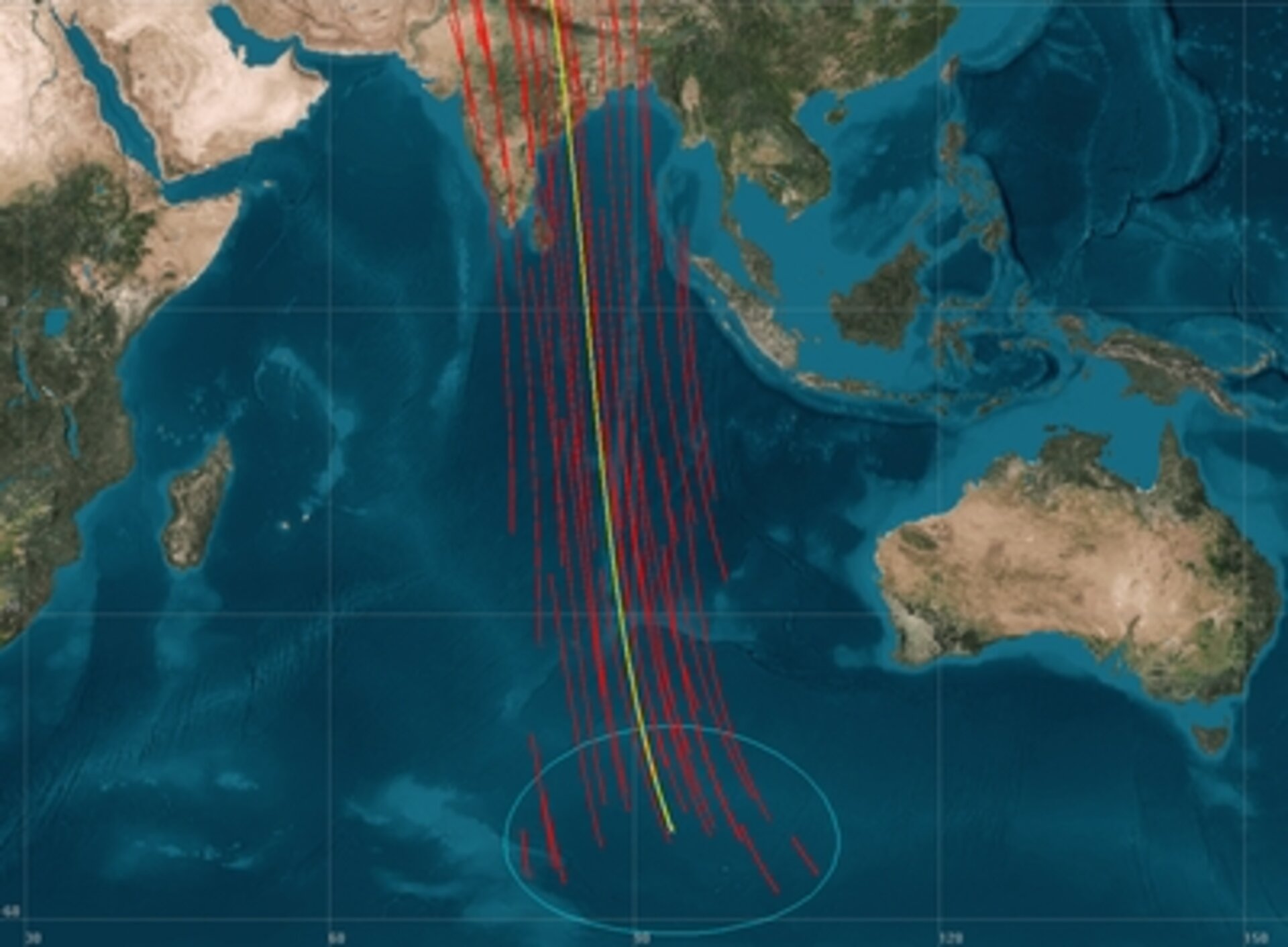 A rain of navigation signals falls constantly upon the Earth from GPS and the initial satellites in Europe's Galileo system, enabling an ever-increasing number of positioning and guidance services.

Afterwards these microwave beams bounce back to space – where a proposed ESA mission aims to harness them as a scientific resource and explore their potential for terrestrial remote sensing applications.

Intercepting reflected satnav signals and calculating their travel time is a way to track the changing contours of the Earth's ocean, land and ice surfaces. And because this detector technology – known as the Passive Reflectometry and Interferometry System (PARIS) – can track multiple signal bounces at once, it can build up a rapid picture of fast-moving mid-sized (so-called 'mesoscale') phenomena such as storms, current eddies and high waves.

"At the heart of the mission is a double-sided antenna made up of many small elements that can track multiple signals from above and below in parallel" explains PARIS project researcher Manuel Martín-Neira of ESA. "The phase difference of original and bounced-back signals originating from the same satellite are then compared to reveal the difference in their travel time and obtain ranging information. The principle has been proven with airborne demonstrators, but the high-gain satellite-tracking antenna we require for maximum ranging accuracy can only be tested in space."

The proposed PARIS In-Orbit Demonstrator mission would include a 1.1-m antenna to prove the concept, with any future operational mission being equipped with a larger 2.4-m antenna.

Making measure of the world

PARIS would measure multiple points with a faster revisit time...

PARIS is a passive variation on an existing instrument called a radar altimeter, currently flying on ESA's Envisat and other Earth-observing satellites. These altimeters fire 1800 microwave pulses downward per second then measures their echo return time to calculate sea surface height. As ocean currents and eddies form height undulations on the sea surface of the order of tens of centimetres, altimetry results gradually yield to a rich and scientifically valuable map of ocean circulation. Current altimeters sample only one point at a time, while PARIS would measure multiple points with a faster revisit time, yielding new data on rapidly-changing features.

"PARIS would complement rather than replace existing altimetry," says Martín-Neira. "In the first generation of these satellites, we would get only around 5 cm accuracy, while conventional radar altimeters go down to 2 cm. So this excellent performance of current radar altimeters has to be maintained, to study sea level rise, ocean circulation and other long-term phenomena. What we would try to cover is the mesoscale part of the ocean, so together a fuller overall view would be provided. The PARIS In-Orbit Demonstrator would sample four points at once, while an operational follow-on would sample 16 or 20 points at the same time, yielding information you cannot get at with just a single track."

While highly-accurate military-grade positioning data are coded into the navigation signals, one of the strengths of the PARIS system is that it does not need access to them. Instead, all the information required is extracted by the process of combining the original and reflected beams. And the more satellite signals that are available, the greater the system's accuracy in time and space – within a decade a figure of more than 150 satellites looks likely.

The US Defense Department's Global Positioning System (GPS) was the first operational Global Navigation Satellite System (GNSS), but many other systems are set to join it. The first test spacecraft of the joint ESA-EU Galileo GNSS are already in orbit, and the system is due to become operational around 2015. Galileo will also be joined by China's Beidou system, while India and Japan are planning regional systems and Russia is considering upgrading its own GLONASS navigation system to make it inter-operable with other GNSS systems.

The PARIS concept was first proposed the year that GPS became operational in 1993. Extensive research followed, working with partners including the UK National Oceanographic Centre (NOC), the French Institute for the Exploration of the Sea (IFREMER), Spain's Institute of Marine Science and Institute of Space Studies of Catalonia, Germany's GeoForschungsZentrum and French altimetry specialists Collecte Localisation Satellites (CLS).

Along the way the range of potential applications has grown from oceanic monitoring to wind and wave measurements, as well as useful measurements of soil moisture and forest biomass and even ice thickness, based on proven satellite detection of reflected GNSS signals from icecaps. PARIS would also gather realtime data on variations in the ionosphere – an electrically charged portion of the atmosphere that can cause delay in the propagation of GNSS signals.