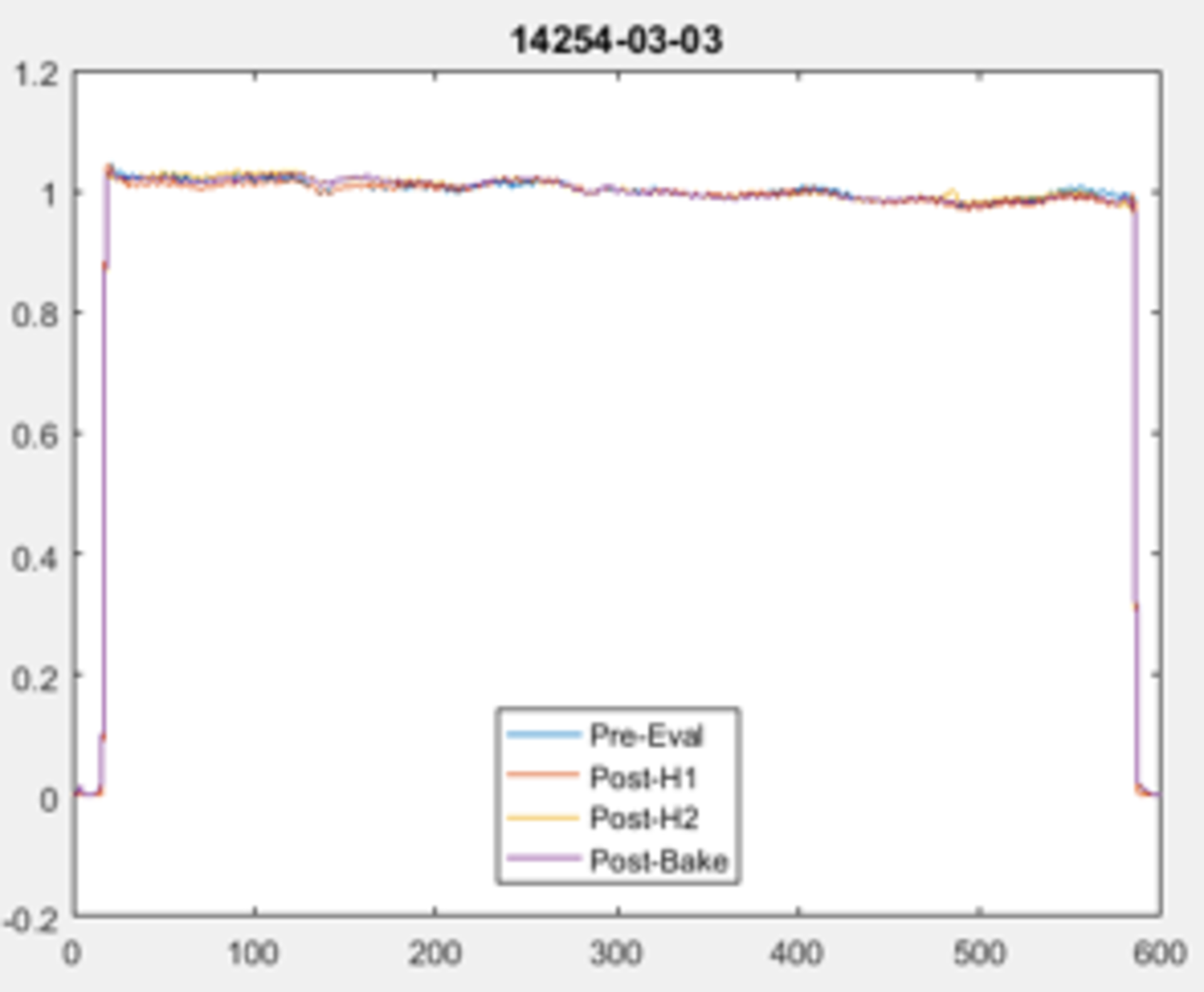 
Anti-reflection coatings for CCDs and CMOS array detectors are typically deposited using thermal evaporation techniques. While these generally produce acceptable results there are issues with uniformity and sensitivity to moisture, especially in the blue end of the spectrum. This can be particularly problematic for both calibration and efficiency aspects and is impacting a number of missions currently in development.

Objectives
Atomic Layer Deposition (ALD) is known to produce dense, uniform coatings while offering exceptionally high levels of layer thickness control. The objective is to design and deposit the most promising ALD coating on a wafer level and to compare the electro-optical performances with a standard thermal evaporation coating.

Achievements and status
It has been shown that the ALD coating is more stable over environmental stress (temperature cycling, humidity, burn-in). Also, standard e2v AR coatings have a significant decrease in Quantum Efficiency (QE) for the pixel close to the shielded region after moisture stress. On the other hand, ALD coatings present inferior QE overall compared to the reference devices. This drop in QE has been linked to a difference in the level of fixed electric charge present in the coatings as deposited.

Benefits
The principal benefit of ALD coatings is at the moment their stable behavior under environmental stress.

Next steps
The key electro-optical performance of the ALD coating (QE) is not as good as with the existing technology, and therefore further development is proposed in order to bring it up to the current state of the art. This would involve coating a number of blank wafers under different conditions and performing wafer fixed charge measurements in each case, in an effort to reach the same level as the standard thermal evaporation coating.