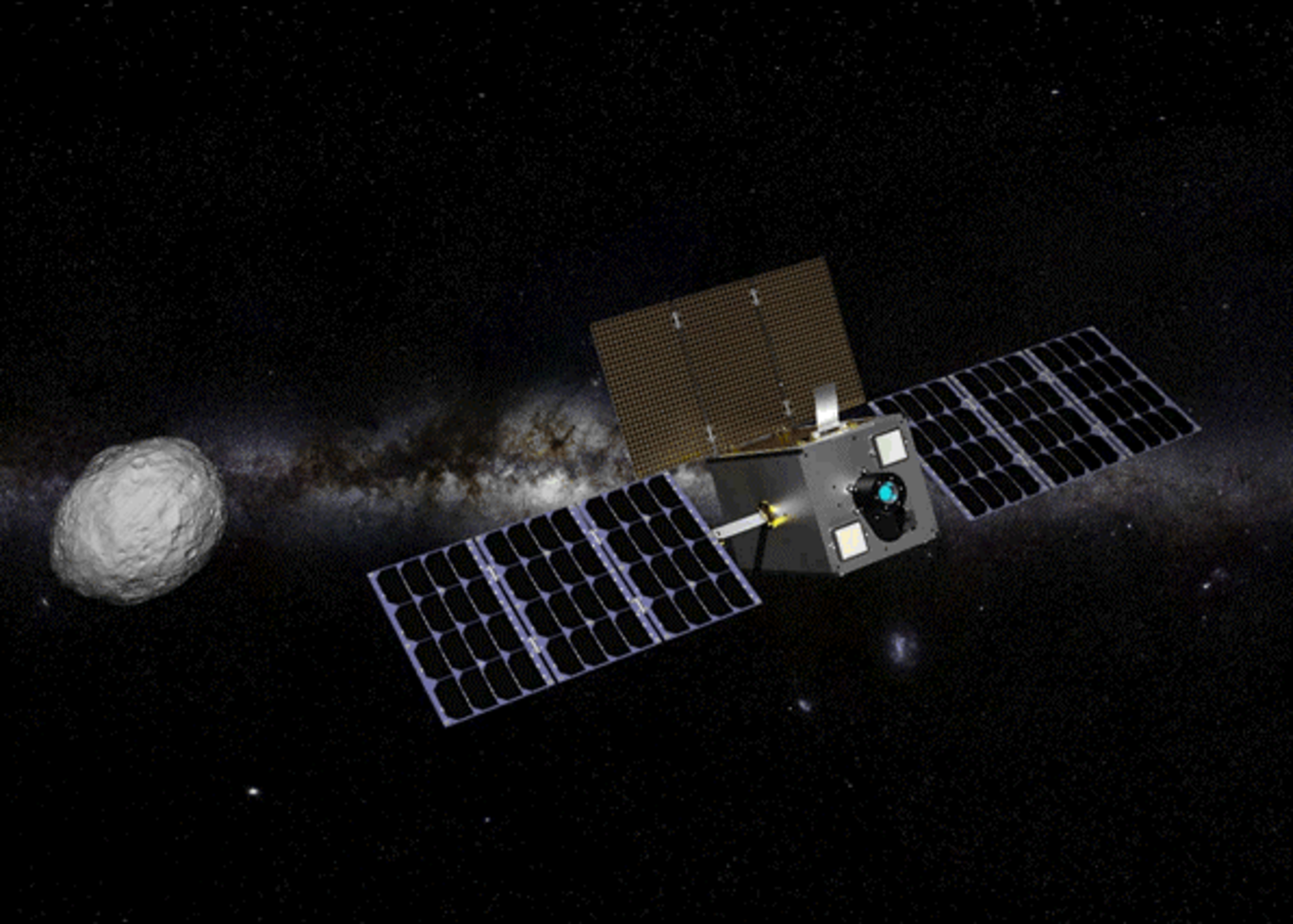 ESA has just signed a contract with GomSpace Luxembourg to design the first ever nanosatellite to rendezvous with an asteroid.

The Miniaturised Asteroid Remote Geophysical Observer (M-ARGO) mission will be a standalone spacecraft, meaning it will have all of the fuel, propulsion systems and thrusters to complete its journey on board. In comparison to another two asteroid-targeting ESA nanosatellites planned to fly in deep space, which will piggyback on the larger Hera spacecraft.

“M-ARGO needs to be robust enough to survive three years of travelling in deep space,” explains Kenza Benamar, who manages the GSTP Fly element. “Three years of the harshest conditions before arriving and all of the instruments still having to work. It’s incredibly technically challenging, which is why we’re integrating the absolute latest technology developments.”

The study, which began life in ESA’s Concurrent Design Facility, hopes to launch in 2023. Once the nanosatellite arrives, it will then conduct scientific studies to examine the potential for future mining opportunities.

To build the nanosatellite, many different (often-critical) technologies, such as an X-band transponder, will have to be developed or miniaturised to fit on the 12 unit spacecraft.

The contract is funded through the Fly element of ESA’s General Support Technology Programme.