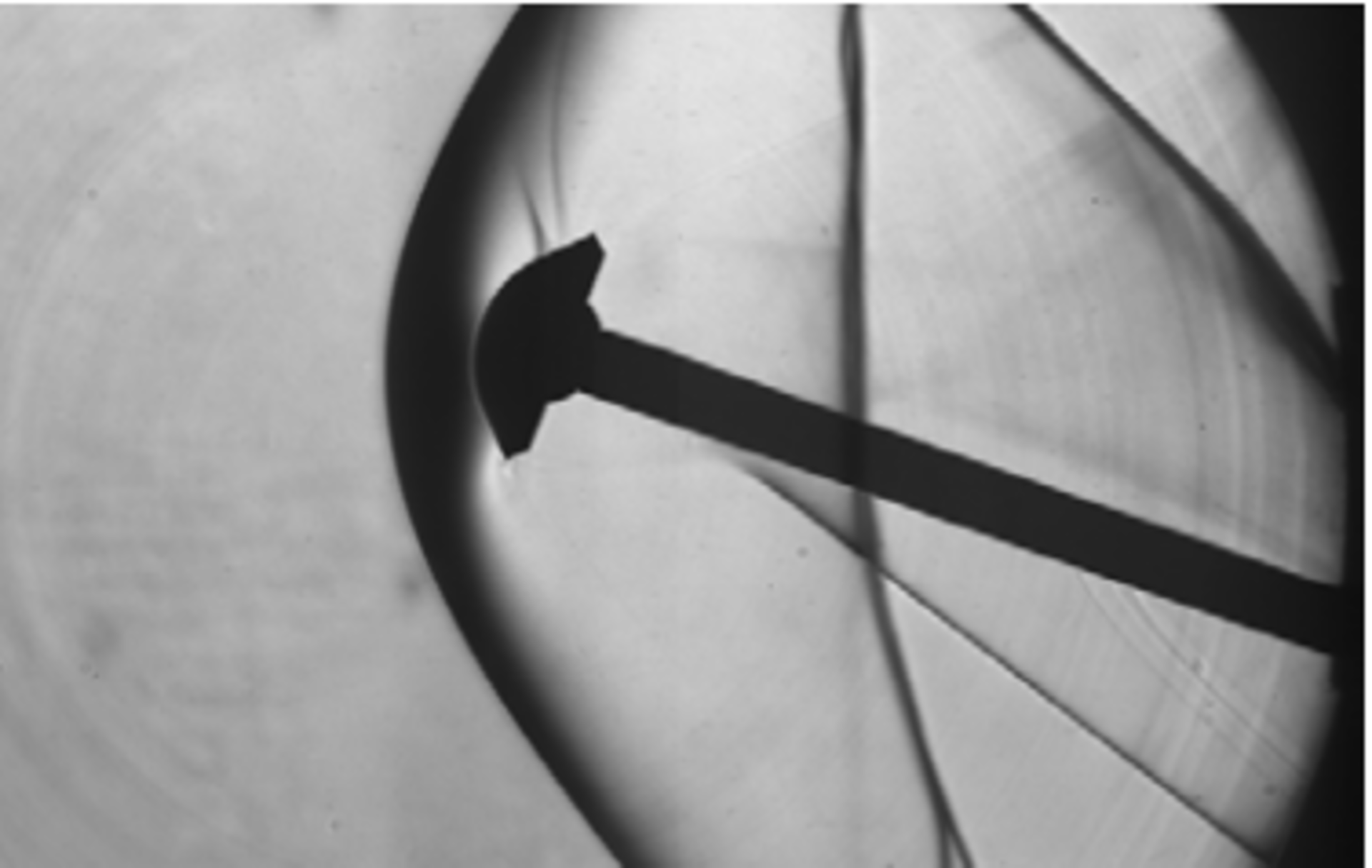 A new design for a blunt re-entry craft, with no parachute and a crushable front shield, has been developed and designed for the Marco Polo mission.

The mission plans to return a sample from a Near Earth Object belonging to a primitive class to the Earth, the crushable front shield protects the sample container from the high shock load at impact. Blunt bodies have been proven to be suitable for high speed re-entry, but since they lack stability in the transonic/subsonic phases a parachute is usually opened to avoid any undesirable tumbling motion.

A TDE activity tested three experimental and one computer simulated model shapes for their performance and stability (see below right). The different configurations were compared in terms of mission requirement compliancy and flexibility.

To confine the usage of the crushable material in specific areas so to limit volume and hence mass of the overall ERC, it is necessary to know the capsule attitude at impact. As such, one of the main requirements was that the maximum angle of attack at impact should not exceed 20 degrees. To verify this specific requirement a free flight test campaign was performed in the vertical wind tunnel of DLR, focusing on the determination of the limit cycle of each configuration in conditions equivalent to the final vertical descent phase. After the analysis, a single configuration was chosen. Other requirements included a maximum shock load at impact of 800g, and that heat flux not exceed 15MW/m².

The Hayabusa-like aeroshape with a new back cover was preferred to the original Hayabusa due to its better mass efficiency and forward centring capabilities.

From the analysis, the team, from ASTRIUM, in France, built an aerodynamic database. The data of three experimental test campaign (DLRVMK, DLR-TMK, ISL) and static and dynamic CFD computation (CFSE-NSMB) have been collected and a new AEDB has been populated for the Marco Polo-R selected configuration. Uncertainties have been defined and application rules are explained. This AEDB has been validated against experimental data and is considered as very consistent.