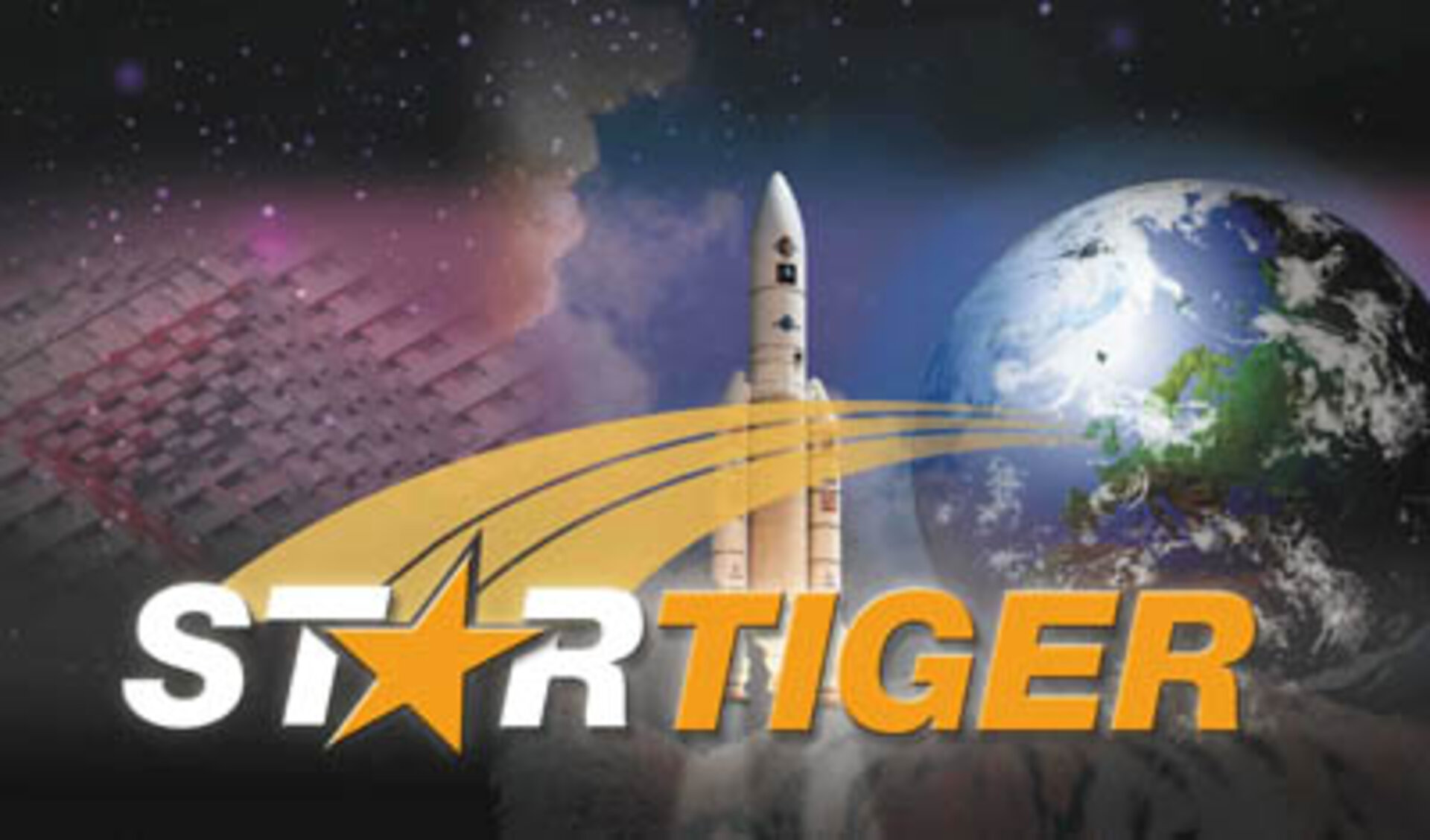 StarTiger is a new approach for conducting research and development (R&D) launched 2002 by ESA, aimed at dramatically reducing the turn-around time for key technological developments.

The concept is to bring together a small group of highly motivated researchers, grant them full access to laboratory and production facilities, remove all administrative distractions, and let them work for an intense period of four to six months. The goal is to achieve a quantum increase in a promising and important technology within a short period of time.

It has been suggested that for conventional research projects much time and resource is spent on administrative and bureaucratic duties, resulting in poor focusing of technical effort. Present development projects can quite often be carried out by a team split between several locations which can add logistical and scheduling problems. Many researchers have academic commitments which can act as a distraction. The overall effect of this is that unnecessary delay can result and the programme's technical goals remain unfulfilled.

StarTiger recognises that these and other problems like them can severely hamper technological advancement and at the same time frustrate researchers, programme managers and the technology end-users alike. StarTiger aims to circumvent many of the hindrances experienced by scientists and engineers by bringing them to a central research centre where all of the necessary equipment, resources and infrastructure exist. As a result they will be able to focus their effort entirely on solving the technical issues.

The overall aims of StarTiger are to:

The first project was started at CCLRC Rutherford Appleton Laboratory (RAL) in June 2002 and was scheduled for four months, with a team of 10 scientists and engineers.

This first StarTiger project was a pilot project to equally demonstrate the R&D concept and to bring a quantum increase in a promising and important technology within a short period of time. Its aim was to produce a compact colour terahertz imager using state-of-the-art micro-machining technology, operating with two frequencies, 250 GHz and 300 GHz, and able to produce pictures of natural terahertz wave emission.

Such an imager can provide information hidden in naturally emitted waves that cannot be seen with the naked eye. Space applications include astronomy, atmospheric physics, and Earth and environment monitoring by satellites. Other, non-space activities that could benefit from this technology include security surveillance, industrial process control and medical diagnostics.

The first StarTiger project turned out to be a great success. The imager was produced with the extremely short time and have later let to the spin-off of the technology in non-space fields.

Niels Jensen continued, “Putting together a highly motivated team in the same laboratory for an intense period with everything they can possibly require, we can create a synergy not attainable to the same extent in conventional R&D. This provides a real chance to advance a well-defined key technology and reach a scientific breakthrough within a relative short period.”

“We intend to use this approach for selected key technologies in the future. The location for projects will of course change from project to project. The objective is to select the best European laboratory for the each specific technology, to provide the best support for the teams,” concluded Niels Jensen.

StarTiger is an acronym for ‘Space Technology Advancements by Resourceful, Targeted and Innovative Groups of Experts and Researchers’. It is a pioneering ESA initiative designed to facilitate innovative research, launched by ESA in 2002.