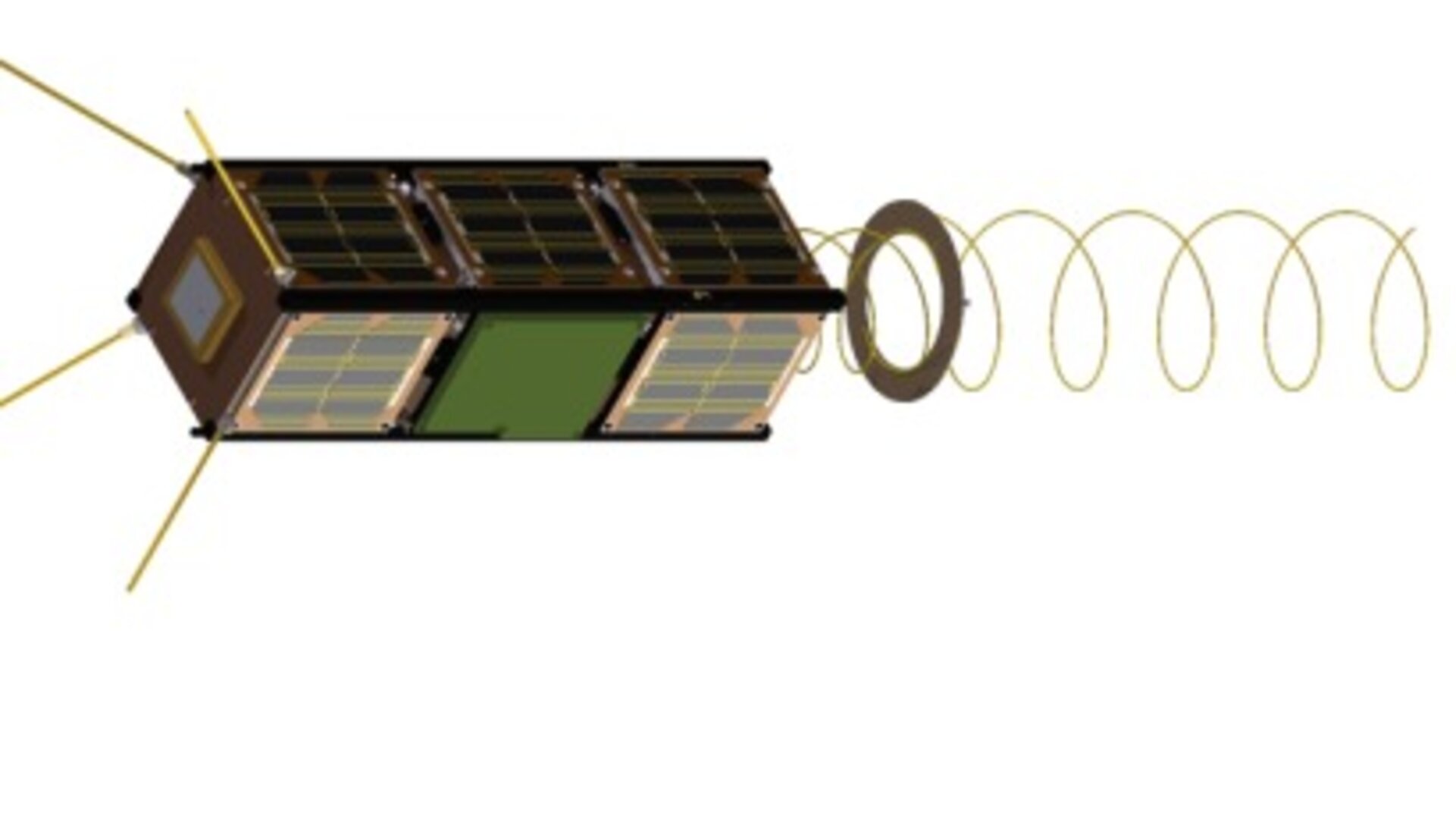 Today’s HTV supply launch from Japan to the International Space Station also marks the arrival in orbit of one of ESA’s smallest missions yet – a CubeSat which will test miniaturised technologies for space, set to be followed by many more in coming years.

Aboard this nanosatellite is a pair of innovative receivers, one to track aircraft traffic and the other to monitor radio spot beams from telecom satellites up in geostationary orbit, along with complete miniaturised guidance, navigation and control and communication systems.

Called GomX-3, the CubeSat is riding to orbit inside the HTV spacecraft inside a dispenser pod shared with a second student-built CubeSat, named AAUSat-5.

The two satellites will then be deployed together into space in the first half of September, with the involvement of Danish ESA astronaut Andreas Mogensen, both CubeSats originating from Denmark.

CubeSats are based on modular 10 x 10 x 10 cm units, which can be stacked together as their mission goals require. Because they are small and standardised, they are quicker to manufacture and cheaper to launch than regular satellite missions.

“For ESA, CubeSats represent affordable means of demonstrating new space technologies in orbit, as well as an important driver of miniaturisation in their own right,” explains Roger Walker, overseeing ESA’s technology CubeSats.

“GomX-3 is ESA’s very first CubeSat to be supported through the In-Orbit Demonstration element of ESA’s General Support Technology Programme, a long-running initiative to ready promising new technologies for space and the commercial market.”

GomX-3 has been developed for ESA by GomSpace in Aalborg, Denmark, which is one of Europe’s main CubeSat manufacturers. A ‘three-unit’ CubeSat, it measures 10 x 10 x 30 cm with an approximate mass of 3 kg.

Despite its small size, GomX-3 is crammed with innovative technologies. A reconfigurable software-defined radio receiver will intercept L-band spot beams from telecom satellites in geostationary orbit, to provide independent measurements of their signal strength and quality. This receiver can also be repurposed to receive any other L-band signal, such as navigation satellite signals or radar beams.

A second receiver will pick up Automatic Dependent Surveillance - Broadcast (ADS-B) signals automatically broadcast by civilian aircraft, to build up an overview of regional air traffic.

This unit is an improved version of a receiver previously flown by GomSpace on a previous CubeSat, GomX-1.

The CubeSat is also fully controllable in terms of pointing accuracy, with a compact three-axis control system for based on infrared horizon sensors and a quartet of miniaturised reaction wheels.

An X-band radio transmitter will enable a significant boost in the amount of payload data the mission can transmit to the ground, despite its small size.

Developed by Syrlinks in France for French space agency CNES, this is a miniature version of the unit previously flown on ESA’s Proba-V technology demonstration satellite. CNES is providing its X-band ground station in Kourou, French Guiana, for demonstrating the link.

“GomX-3 is notable for its fast schedule,” adds Roger. “Mission development was completed in one year, from contract kick-off to delivery of the flight model. The satellite underwent extensive testing at ESA’s ESTEC technical centre in Noordwijk, the Netherlands.”

Following its September deployment via Japan’s Kibo module – along with the smaller single-CubeSat AAUSat-5 – GomX-3 will undergo a one-month commissioning period, followed by a minimum six-month technology demonstration mission.