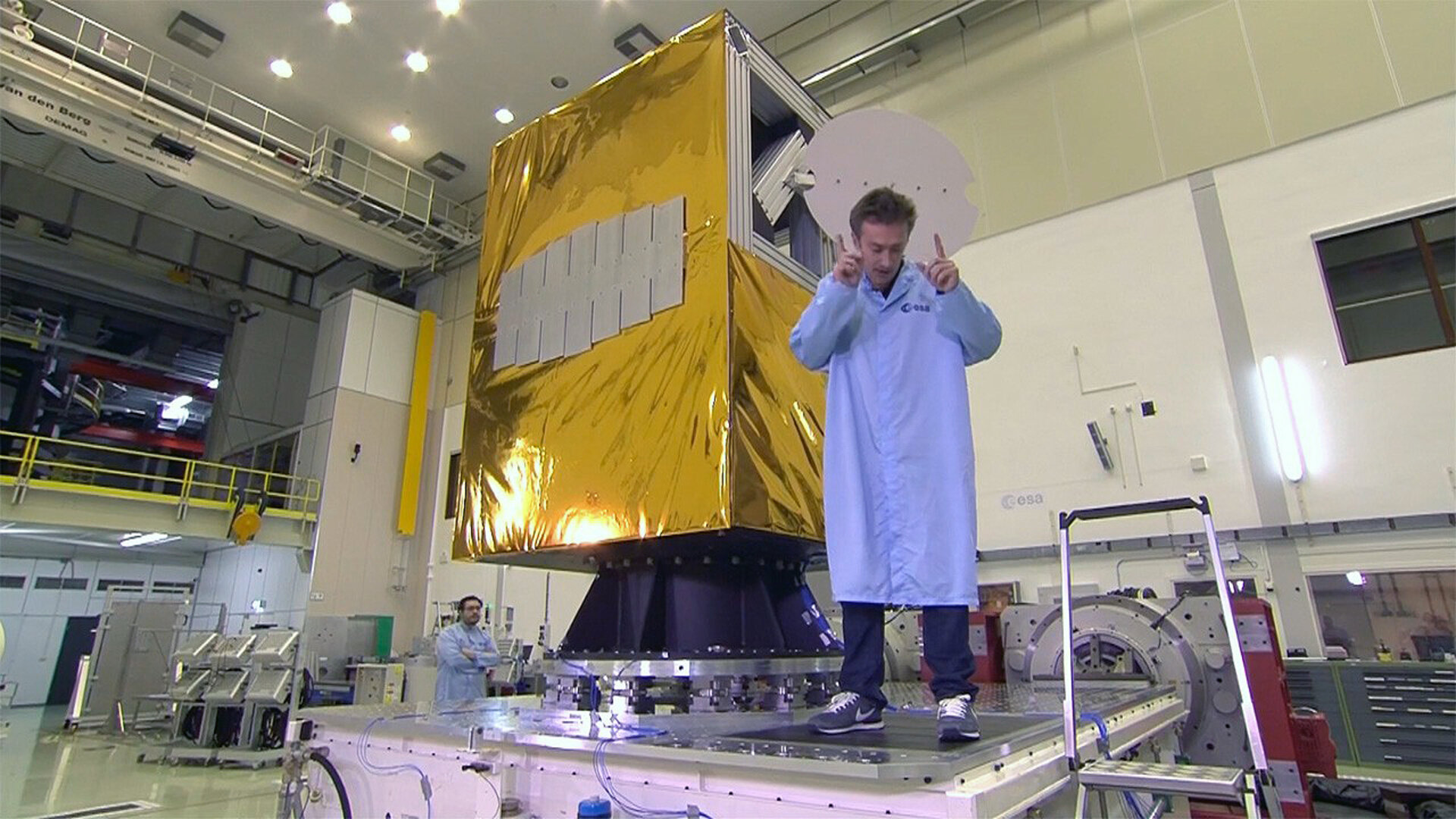 What are they for?

One of the major risks faced by a satellite stems from the high level of vibration to which it is submitted during launch. It is essential to test a spacecraft and its component parts under similar conditions to ensure it will endure its violent ride to orbit.

Engineers are able to perform this kind of test using ESTEC's Electrodynamic shakers. These are electrically powered.

What kind of testing do they support?

Two types of test are performed using these facilities:

There are three characteristic modes of vibration testing that are carried out – 'sine' testing involves subjecting the test item to a progressive sweep of frequencies and amplitudes. 'Random' testing randomises this progression while 'shock' testing induces a sudden severe excitation, simulating the shocks felt during stage separations and engine firings.

What are their features?

The safety of the test object is a matter of prime importance for all test activities. Vibration tests involve high energy so every effort has been made to offer the maximum guarantees of safety. All shakers are controlled by a high performance digital control console designed for easy programming of the various test modes.

In combination with the remote control system and interlock circuitry, the console controls all functions of both the power amplifiers and the shakers on the one side and the shakers on the other. It provides timely information on any deviations from normal conditions and ensures the immediate shutdown of the system in a predetermined and controlled manner should the need arise – ensuring the safety of both the test object and the facility.

The system is able to record, monitor and control up to 40 channels in real time and can accommodate most kinds of sensors used in vibration testing (such as piezoelectric, ICP, Teds or voltage output sensors). A digital data recorder records the time history of all the channels connected to the control system to provide back-up in case of anomaly. The responses of the specimen are recorded by a separate Mechanical Data handling system.

What benefits do they deliver?

The different facilities available support vibration tests on broad types of hardware. The 80 kiloNewton shaker is used for compact items such as micro-satellites, electronic boxes, batteries or cameras.

The other systems (multishaker and QUAD) - thanks to their dimensions and numerous fixation interfaces - can accomodate either large heavy items or large light weight structures. In both cases, the large force available allows the testing of both type of specimens to very high acceleration levels.