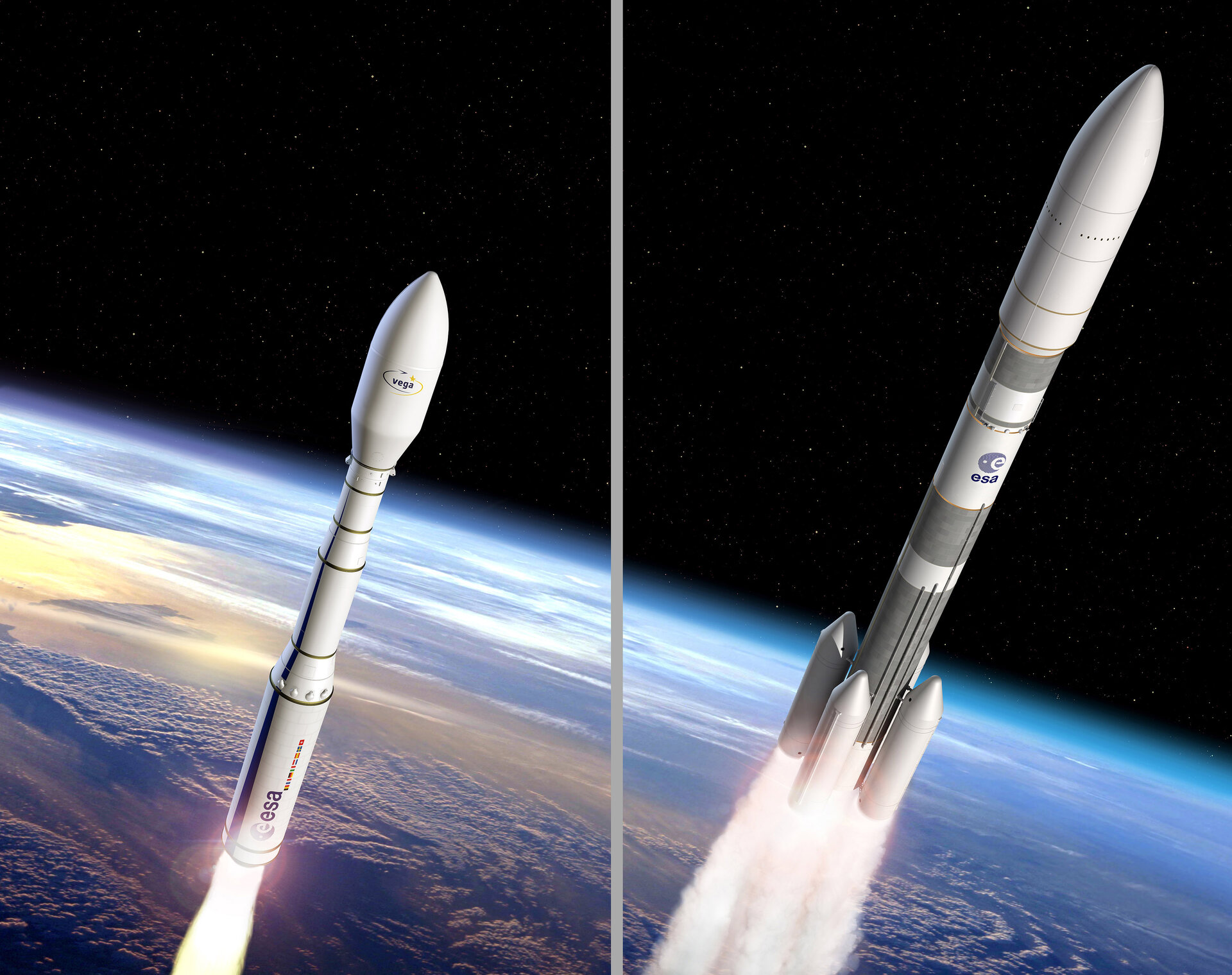 Today, ESA signed contracts for the development of the Ariane 6 new‑generation launcher, its launch base and the Vega C evolution of the current small launcher.

The contracts, signed at ESA’s Paris Head Office with Airbus Safran Launchers (ASL), France’s CNES space agency and ELV, respectively, cover all development work on Ariane 6 and its launch base for a maiden flight in 2020, and on Vega C for its 2018 debut.

“These contracts will allow the development of a family of European launchers, highly competitive in the world market and ensuring autonomous access to space at fully competitive prices for ESA’s Member States,” said Jan Woerner, Director General of ESA.

“They are an important change of governance in the European launcher sector, with industry being the design authority and taking full responsibility in the development and exploitation of the launchers, and committing to deliver them to ESA and the European institutional actors at specified competitive prices.”

ESA is overseeing procurement and the architecture of the overall launch systems, while industry is developing the rockets, with ASL as prime contractor and design authority for Ariane 6, and ELV for Vega C.

ASL and ELV are working closely together on the P120C solid-propellant motor that will form Vega C’s first stage and Ariane’s strap-on boosters.

“With the signing of these contracts we are on track on building a new family of launchers featuring common building blocks, in line with the decisions and schedule set at the Ministerial Meeting in 2014,” said Gaele Winters, ESA’s Director of Launchers.