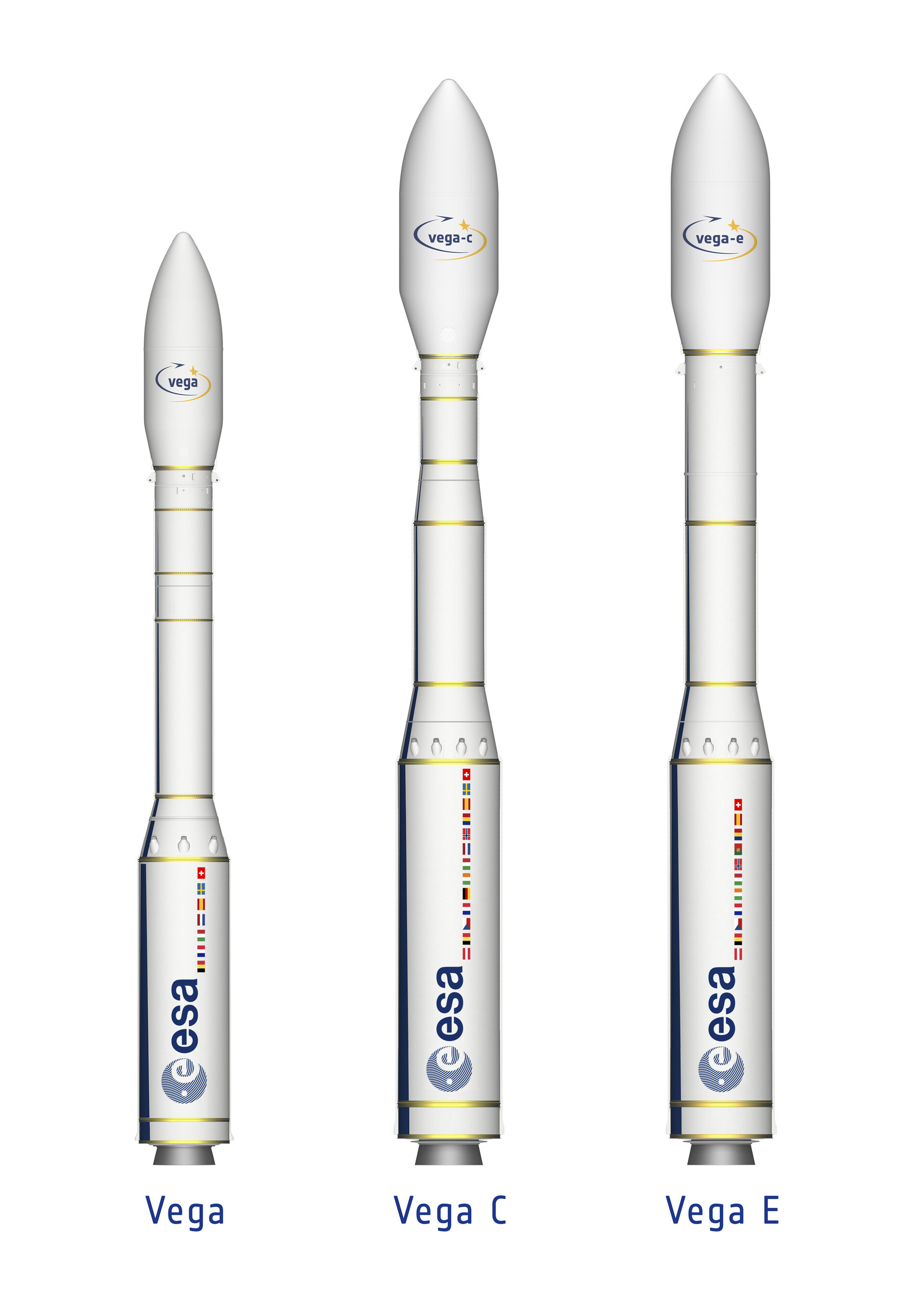 In addition, complementing the Small Spacecraft Mission Services (SSMS) programme already under development, ELV will investigate how existing motors such as the P120, P80, Z40, Z23, Z9, could be used to create a family of Vega-E configurations able to place payloads of 200–2500 kg into orbit.

The contract concerning the Vega evolution activities worth €53 million was signed by ESA Director of Space Transportation Daniel Neuenschwander and ELV Managing Director Andrea Preve at ESA headquarters in Paris.

In parallel, Thales Alenia Space and ELV will complete the detailed mission and system design up to the Critical Design Review for Space Rider.

The Space Rider space transportation system will be integrated with Vega-C, combining an Orbital Service Module derived from a Vega-C AVUM and a reentry module derived from the Intermediate eXperimental Vehicle (IXV) demonstrator flown in 2015 on Vega.

It will provide Europe with an affordable reusable platform for routine access and return from space, with payloads capacity up to 800 kg to an array of orbit altitudes and inclinations for multiple applications such as advanced microgravity, in-orbit demonstration and validation for Earth observation, science, telecommunication and robotic exploration.

The Space Rider design builds on technological and industrial knowhow from Vega, Vega-C and the IXV development and demonstrations.

Following on from the successful Vega–IXV mission, Space Rider will be launched from Europe’s Spaceport in Kourou, French Guiana, reach and stay in orbit as long as required to perform the payloads operations, deorbit and reenter performing a ground landing to return payloads to end users, and be refurbished and reused for the next mission.

The Vega and Space Rider development programmes provide the framework to consolidate a Vega space system able to capture the broadest market needs with Vega-C and its spin-offs products: SSMS, Space Rider, and the VEnUS Vega electric upper stage, covering access to low Earth orbit (LEO) for payloads up to 2300 kg, orbital transfer from LEO, and return from LEO, for a multitude of space applications in a competitive manner.