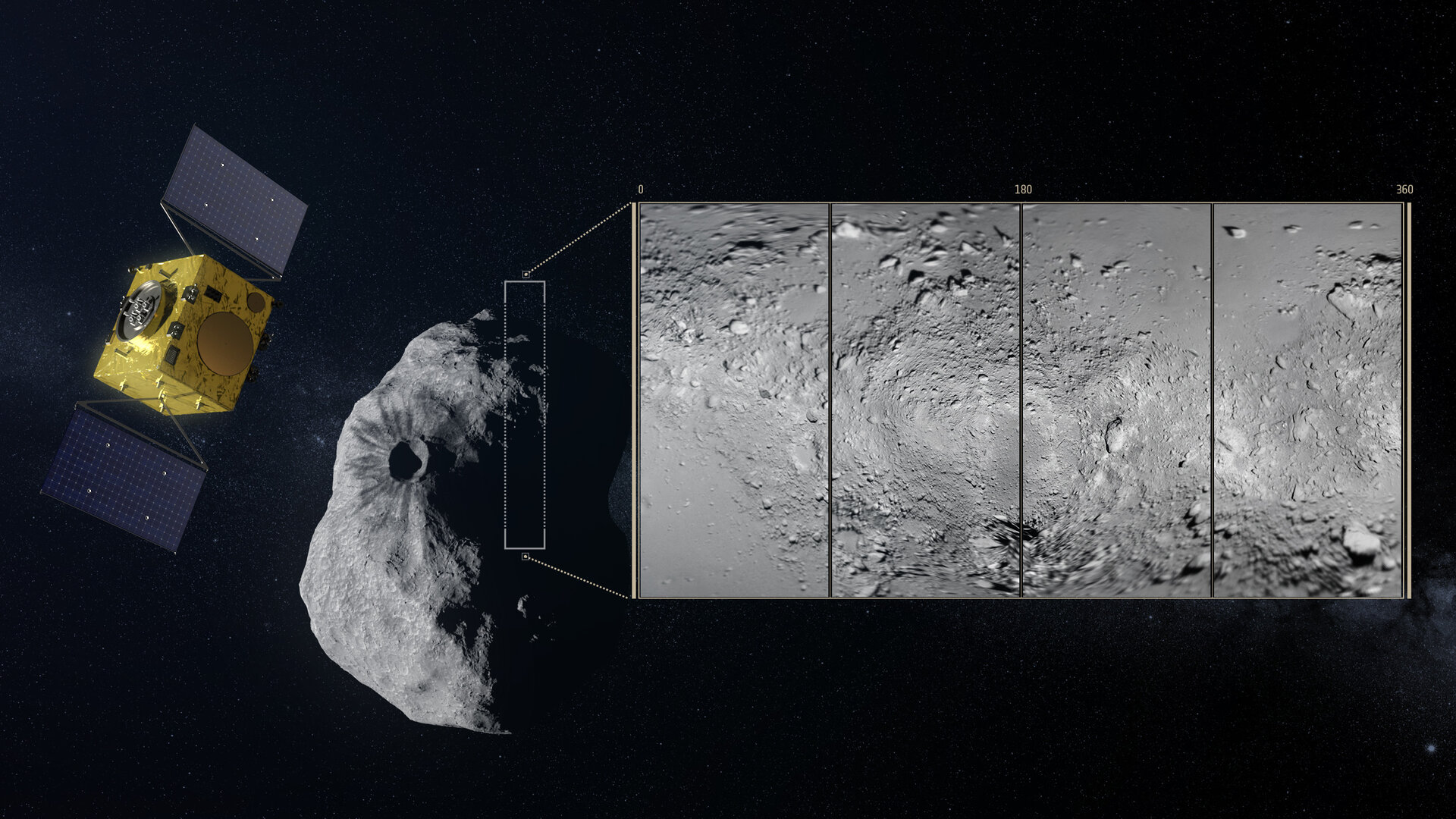 Failure will not be an option during close Dimorphos flybys or other key manoeuvres, performed through autopilot to take place extremely near to the asteroid’s surface, less than a kilometre away at times. But what if one or more of the sensor inputs is in error or an actuator delivers the wrong correction to the spacecraft trajectory or attitude?

That is where Hera’s ‘Fault Detection, Isolation and Recovery’ (FDIR) technique comes in. FDIR is an approach widely applied in space engineering, ranging from the protection of individual electronic components to the safeguarding of the entire spacecraft. For example, modern space computer chips seeking to recover from memory ‘bit flips’ due to space radiation can perform calculations on a multiple, parallel basis, sometimes voting to decide which of an inconsistent set of results is the most likely to be reliable.

In a similar fashion, Hera’s data-fusion-based guidance and navigation FDIR is designed to identify errors in real time through ongoing sensor cross-checks, to isolate them as needed then making up for them by triggering sensor or actuator reconfigurations – or even, in case of extreme emergency, triggering an autonomous collision avoidance manoeuvre.

Such seamless real-time data fusion is an algorithm-based technique, which is seen as essential to the coming class of autonomous ‘space servicing vehicles’, tasked with refuelling or repairing satellites or removing large items of space debris.