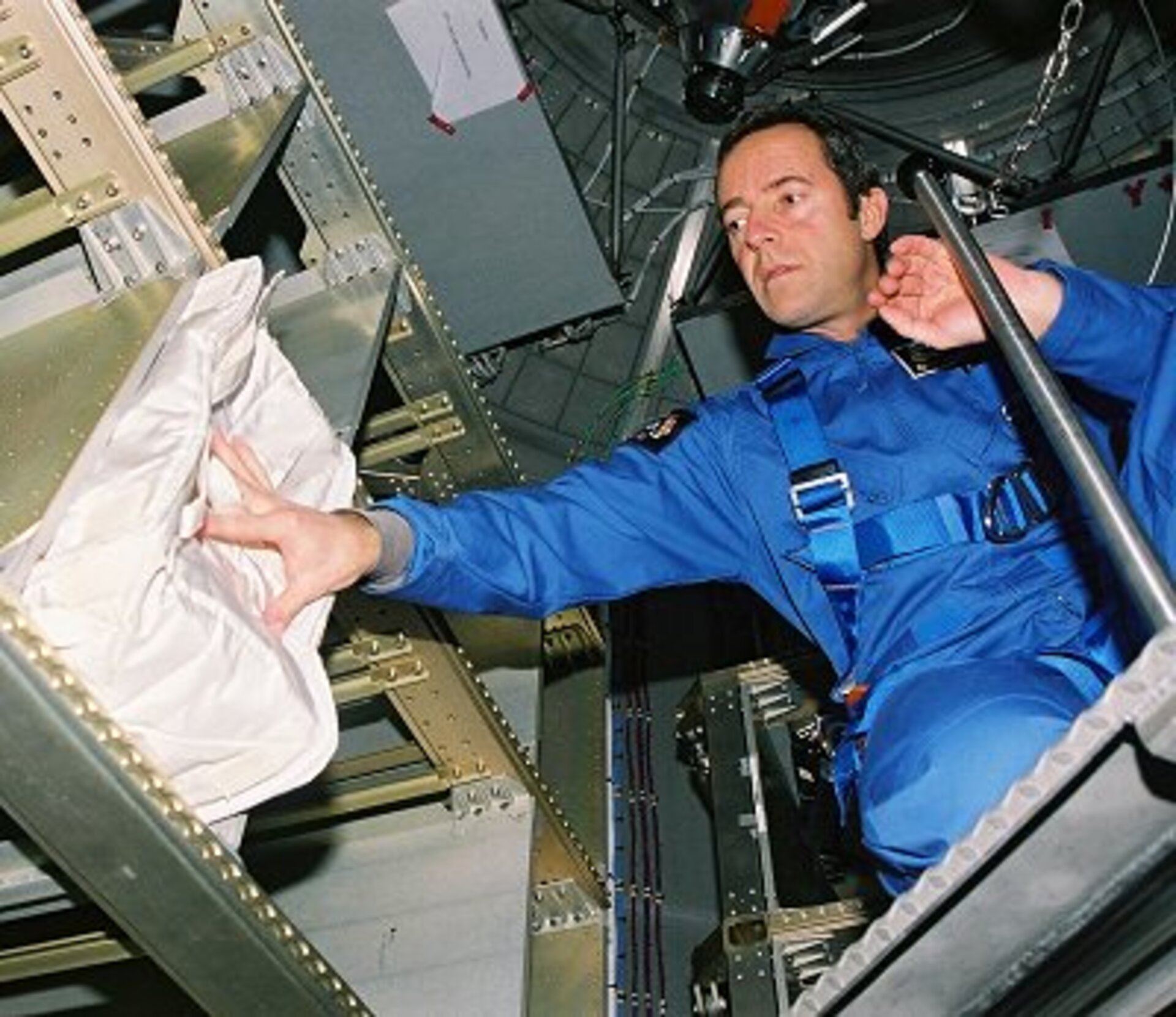 For the first time last month, technicians at ESA's research centre in Noordwijk, the Netherlands, including an ESA astronaut, entered inside the vertically positioned Automated Transfer Vehicle (ATV), Jules Verne, in order to simulate the late loading of cargo bags.

An identical operation will be performed for real one week before the first ATV launch on top of an Ariane 5 launcher, from Europe’s Spaceport in Kourou, French Guiana, in 2007.

“This first late access dress rehearsal has been successful and has proved that it is possible to place an operator inside the vertically positioned bus-size Cargo Carrier and load small cargo units - thanks to a retractable mechanism placed inside the ATV - through the opened hatch of the ATV docking system mechanism”, said Dominique Siruguet, an ESA engineer in charge of ATV operations at the French Guiana European launch site.

The ATV is able to carry between 1500 and 5500 kg of dry cargo to the International Space Station. Contained in bags of different sizes, the cargo will be stored in the 48 m3- pressurized section of ATV. Most of this ISS re-supply cargo will be loaded horizontally through the large opening at the aft end of the pressurized module, opposite the docking system at the front end. At this stage, the ATV service module, housing the avionics and the propulsion system, is not yet mated to the pressurized cargo section.

To add some flexibility in the re-supply capability of the ATV, a small fraction of the dry cargo can be loaded into the ATV just eight days before launch when the spaceship is undergoing final launch preparations on top of the 50-metre Ariane 5, just before being enclosed in its white aerodynamically-shaped fairing.

For this delicate operation, a crew of seven technicians will install a horizontal platform around the cone of the vertically positioned ATV. They will slowly open the 75-kg docking mechanism, which rotates twice down in the pressurized module so as to give free access through the 80-cm diameter hatch.

Through the vertical opening, an operator is carried down into the 5-metre deep ATV Cargo Carrier on a retractable platform, which is much like a one-person lift without sidewalls. A mini-crane then carries down - through the hatch - bags of different sizes that are neatly tied down with an adjustable belt into modular storage cargo elements, or “racks”, which look like metal shelving.

For the inaugural flight of Jules Verne ATV, four white bags of 14 kg each, filled with a variety of products, such as fresh fruit, videos, clothes or family mail, will be loaded during this late access operation, which can be conducted in one day. In fact, the entire dry cargo could be loaded in this way, but for operational reasons, it is restricted to a small quantity to minimize the impact on the Ariane 5 launch preparations.

To comply with the Europe’s Spaceport safety requirements, operators who go inside the ATV must constantly wear a harness. The test has also shown that the ATV can be evacuated within 10 minutes in case of an emergency.

“The Swiss made hardware, which lowers down the operator and the Cargo Transfer Bags inside the ATV, worked beautifully. It was very comfortable and easy to carry down the bags and fix them safely in all rack locations”, said ESA astronaut Jean-François Clervoy, the senior advisor to the ATV programme, and one of the two operators who performed the successful late access test on Jules Verne. “It was a great feeling to enter the spacious ATV cabin, the first spaceship built in Europe, whilst it was positioned vertically”, added the three-time Space Shuttle veteran astronaut.

The maiden flight of Jules Verne ATV, scheduled for 2006, will be the first rendezvous and docking of a European spacecraft in orbit and also the first European re-supply mission to the Space Station.