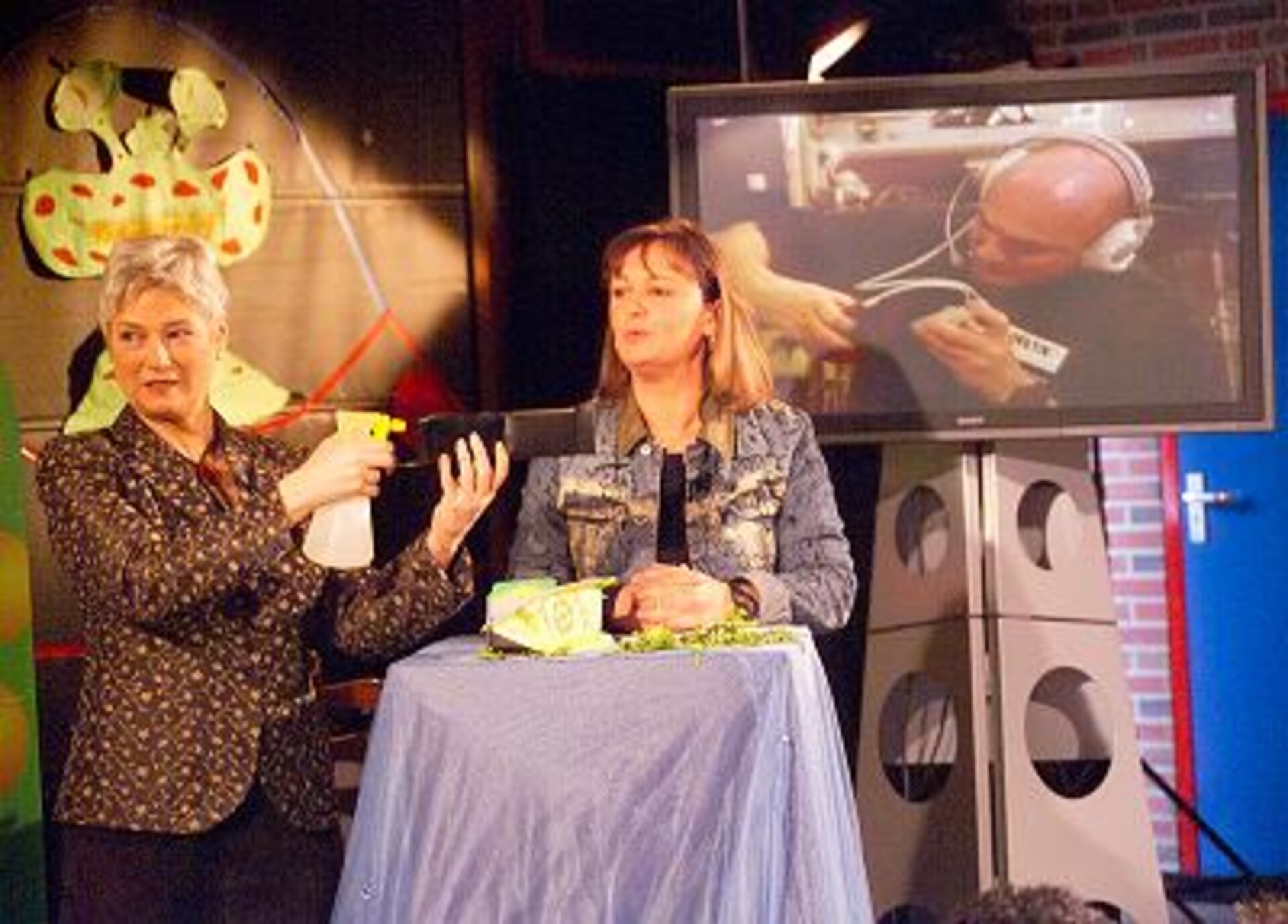 This morning Maria van der Hoeven, Dutch Minister for Education, Culture and Science, officially started the Seeds in Space experiment. ESA astronaut André Kuipers is conducting the experiment on board the International Space Station as part of the Dutch DELTA Mission.

Schools throughout Holland joined a special television broadcast from 'De Klaverweide', a junior school in Noordwijk, the Netherlands, to mark start the experiment. Around 70 000 schoolchildren are taking part in the experiment, which looks at the growth of rucola seeds in a special 'growing rocket'. Whilst Kuipers planted rucola seeds on board the Space Station, the children did the same in the classroom. At the end of the experiment the children can compare the growth of the seeds in space, to that of their own seeds.

"This is real scientific research", said Minister van der Hoeven. "You have to discover something for yourself, which is very different to learning from a textbook". The schoolchildren at 'De Klaverweide', who planted their seeds under the watchful eye of the Minister, are very excited about the experiment: "This is a once in a lifetime experience. And it is really fun to do."

Jasper Wamsteker, experiment coordinator on behalf of Space Research Organization Netherlands, explained what it is all about: "Everyone knows that when plants develop, the roots grow downwards and the shoots upwards. But is that because the shoots grow towards the light? Or is it because they grow away from the pull of gravity? That is what we are investigating."

The kick-off for Seeds in Space was broadcast during Space News, a special edition of het Jeugdjournaal - a Dutch news programme for children. The children could see how Kuipers prepared his own 'growing rocket' via a live video link-up with the International Space Station. "Everything floats here in space. That is why I have used some glue to hold the seeds in place. Watering the seeds is also a bit tricky, so I am using a special syringe", said the ESA astronaut.

When asked if he was strapped into his seat, André Kuipers floated towards the ceiling of the Space Station, joking, "That is not exactly the case". In four days time in another live broadcast of Space News he will show how his rucola is standing up to space, or will it be lying down? The 70 000 participants will open their own 'growing rocket' at the same time to compare their Earth-grown variety. Afterwards they can draw their scientific conclusions.