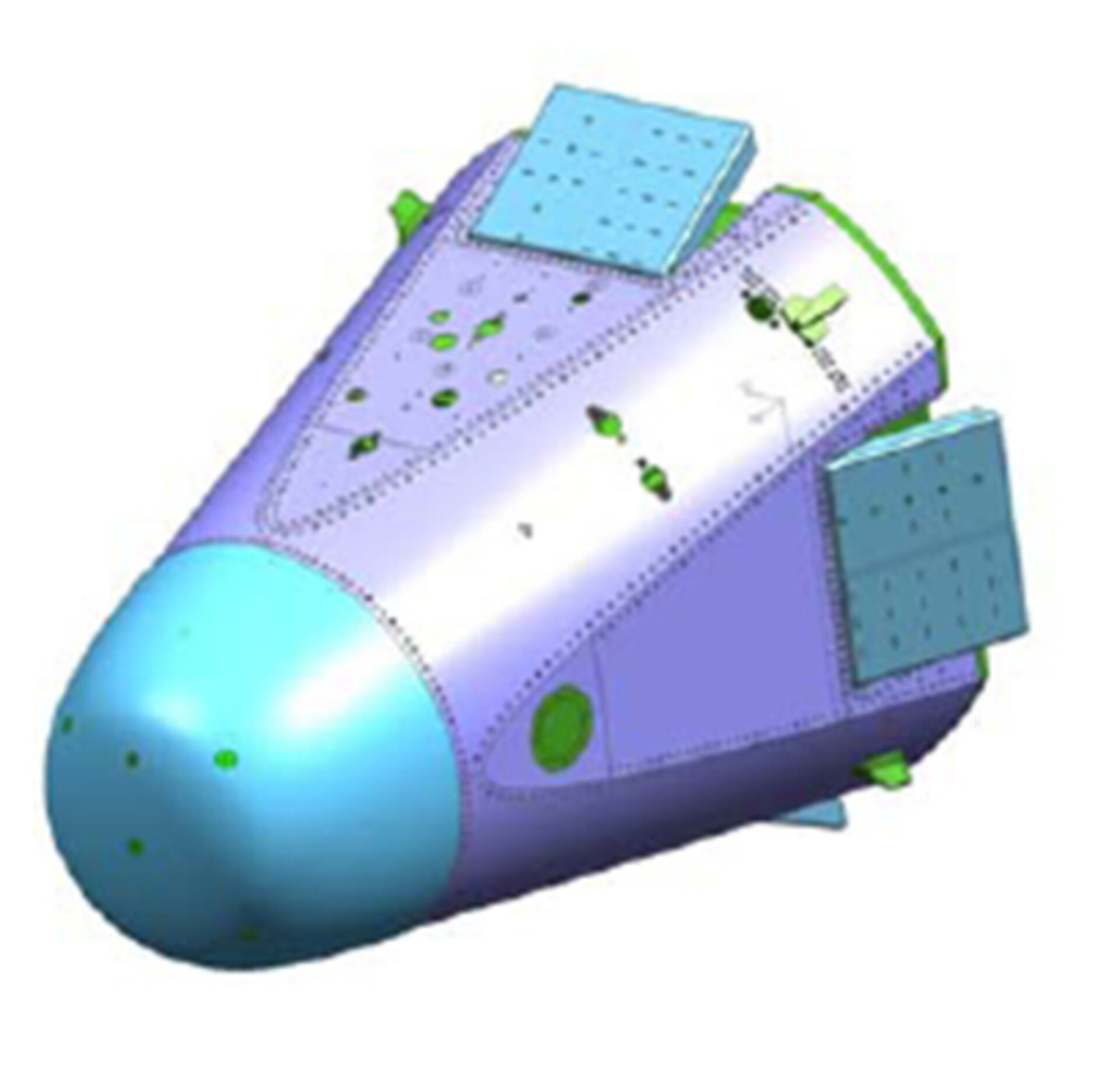 Under the contract the Makeyev State Rocket Centre will have the responsibility of integrating the Expert vehicle into a Volna rocket, which will be launched by a Russian submarine in the Central Pacific Ocean. They will also coordinate the Expert capsule search and recovery operations conducted by helicopter at the landing site, a Russian military test range in the Kamchatka peninsula. Expert is currently scheduled to be launched on its suborbital trajectory in October 2010.

“The signing of this contract has been made possible through the close and intensive cooperation of the European and Russian teams, led by V. Danilkin, Deputy Head of SRC Makeyev, that have put all their efforts into this essential project for many years in order to help bring it to a successful conclusion” said Marco Caporicci, ESA’s Head of Transportation and Re-entry Division.

Expert will provide aero-thermodynamic tool validation on the basis of actual flight data for a number of physical phenomena encountered by space transportation vehicles during their re-entry phase in Earth’s atmosphere. It includes a series of scientific flight measurement equipment, including classic and advanced techniques such as temperature, heat-flux and pressure sensors, spectrometers and an infrared camera, all of which will help to improve European competence in atmospheric re-entry and associated technologies.

The data collected from the instruments during the Expert vehicle re-entry phase at a velocity of up to 5 km/sec will provide improved information on the aero-thermodynamic re-entry conditions, which in turn will be a great help in the design of future space vehicles such as the Advanced Re-entry Vehicle (ARV).

“The data that we will obtain from this technology demonstration mission is integral to ESA’s future objectives in Human Spaceflight and Exploration” Di Pippo said. “Development of this form of testbed technology is a cost effective way to build the security and reliability into our systems and to pave the way for Europe’s future space vehicles and to our space transportation autonomy. This in turn will reinforce overall global human spaceflight and exploration undertakings starting with the ISS whose operations are being considered for extension through 2020 and beyond”

Developing improved space transportation systems requires increased confidence in the knowledge of re-entry phenomena and a reduction of the design margins to increase system performance. The availability of detailed experimental data will allow the refinement of the aerodynamic and aero-thermodynamic models and project tools.

The development of the Expert vehicle is being carried out under ESA management with Thales Alenia Space, Italy as the prime contractor. “The payloads are provided by several European research institutes and universities, under ESA contract and additional own funding” said Jose’ Gavira, EXPERT Project Manager.

Currently the first flight units of the Expert payloads have been delivered and manufacture of the vehicle hardware is under way. The Expert vehicle and payloads will undergo final integration at the Thales Alenia space in Italy in the Spring of 2010 prior to its shipment to Russia during the summer of 2010 to undergo launch integration.