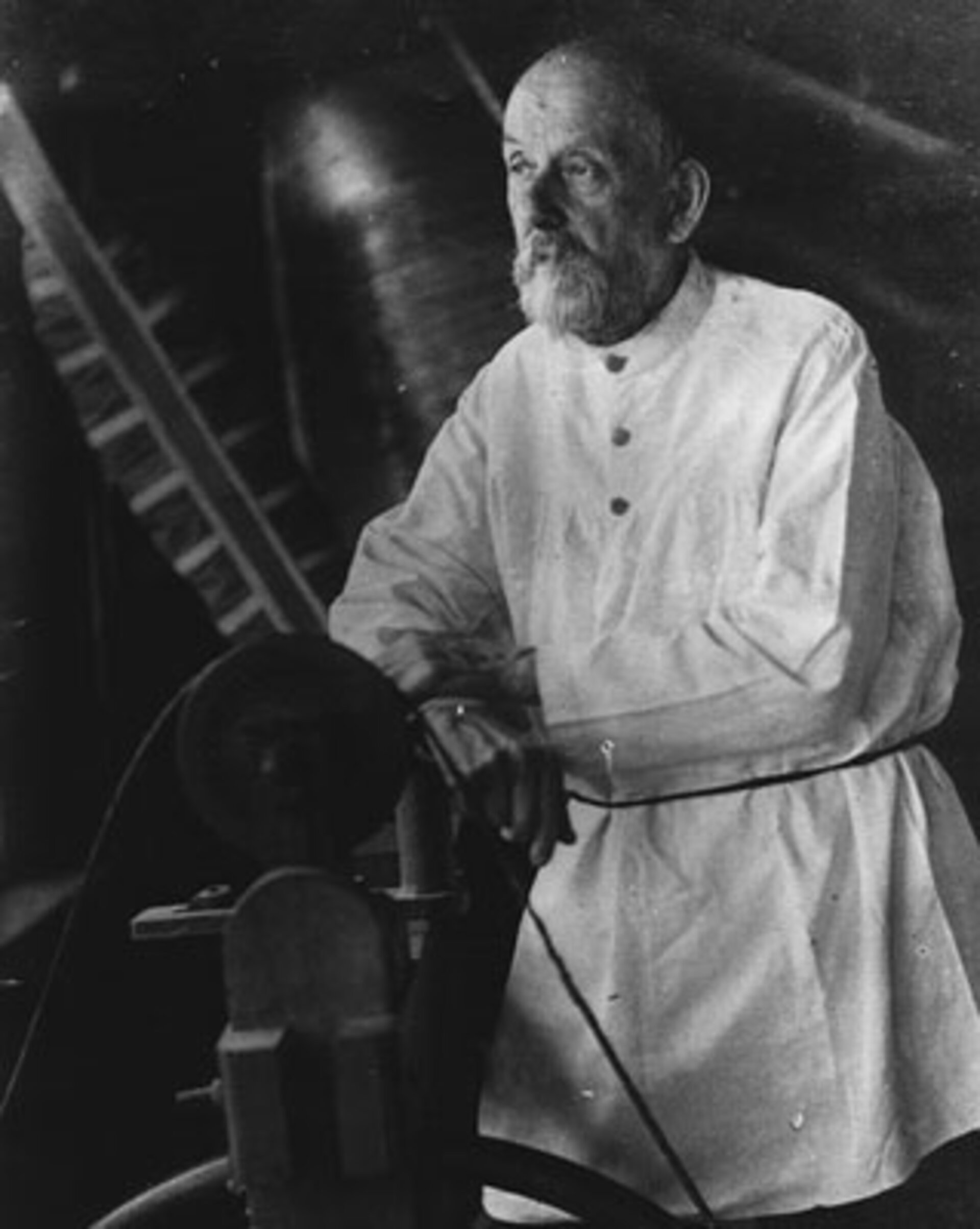 Russian-born scientist and mathematician Konstantin Tsiolkovsky is often referred to as the father of astronautics and human spaceflight. His visionary ideas for the future of humanity in space were far ahead of his time.

It is Tsiolkovsky who first determined that the escape velocity from the Earth into orbit was 8 km/second and that this could be achieved by using a multi-stage rocket fueled by liquid oxygen and liquid hydrogen. During his lifetime he published over 500 works on space travel and related subjects, including science fiction novels.

Among his works are designs for the construction of space rockets and ideas for steerable rocket engines, multi-stage boosters, space stations, airlocks for exiting a spaceship into the vacuum of space, and closed cycle biological systems to provide food and oxygen for space colonies. This is a remarkable achievement by any standards, but particularly as many of these documents were written before the first aeroplane flight and, by a man who had had to abandon his formal education at the age of 10.

Tsiolkovsky was born in 1857 in the village of Ijevskoe in Ryasan Province, Russia. His father was a Polish forester who emigrated to Russia. One of 17 brothers and sisters, Tsiolkovsky lost his hearing at the age of 10 due to a serious bout of scarlet fever and this forced him to abandon his formal education. Undaunted he began to educate himself at home, so impressing his family that they agreed to send him to Moscow where he was tutored by the brilliant Russian philosopher Nikolai Fedorovitch Fedorov.

His proficiency in mathematics and the sciences led him to work as a teacher, first in Borovsk, Kaluga Province and then from 1892 in Kaluga. It is in Kaluga, the present site of a museum to his memory, that he lived for 43 years and produced most of his works. In 1918 he was made a member of the Soviet Academy and in 1920 he received a government pension.

When Tsiolkovsky died at the age of 78 in 1935 he was given a State funeral by the Soviet government. A crater on the far side of the moon has been named after him.

Men are weak now, and yet they transform the Earth’s surface. In millions of years their might will increase to the extent that they will change the surface of the Earth, its oceans, the atmosphere and themselves. They will control the climate and the solar system just as they control the Earth. They will travel beyond the limits of our planetary system; they will reach other Suns and use their fresh energy instead of the energy of their dying luminary.
Konstantin Tsiolkovsky