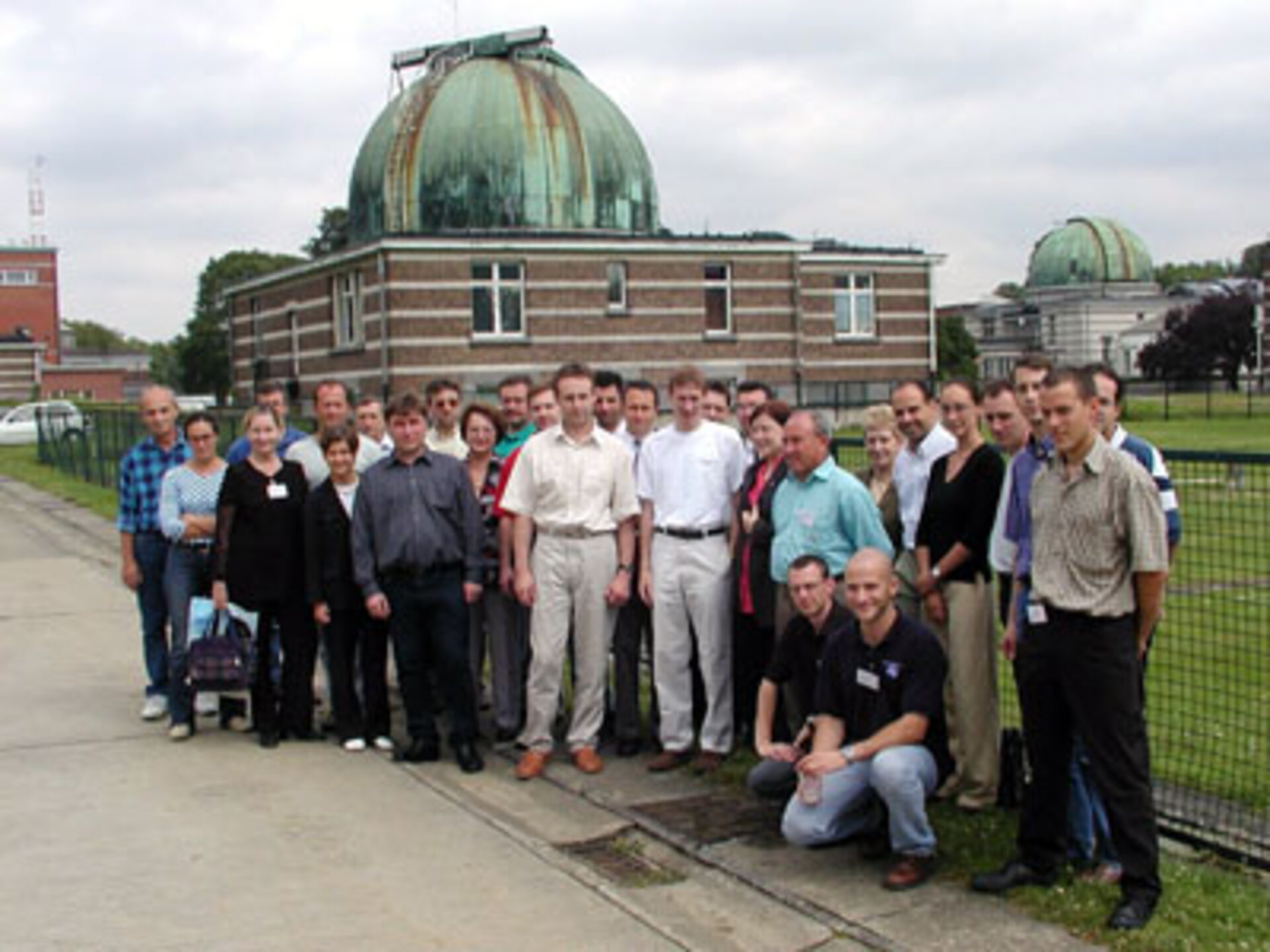 During the next few days we will be starting work on the scientific programme. Today I am in the Netherlands at the Academisch Medisch Centrum (Academical Medical Centre) of the University of Amsterdam for the experiment AORTA. This project is investigating the problems that astronauts have in staying in an upright position after their return to Earth.

For the next four days I will be training with my commander Sergei Zalyotin and Yuri Lonchakov, commander of the back-up crew, in the Belgian User Support and Operation Centre (B.USOC) in Ukkel near Brussels. There I met all the people involved in the medical experiments.

Some of the training sessions are very interesting. I am able to practise using the programmes and the computers that I will be using during my flight. We also did some baseline data collection as scientists are making a number of measurements so that they can compile a kind of database with our data. Later on the data will be compared with the experiments I carry out on board the International Space Station.

There are two main groups of experiments. CARDIOCOG consists of four experiments investigating how the cardiovascular and cardiorespiratory functions change in space and what happens after return to Earth. For instance, in space blood has a tendency to move towards the head and this makes the body function differently. On return to Earth astronauts then have to get used to gravity again. This kind of research also has applications for life on Earth because similar phenomena can be seen with elderly people.

The other group of experiments is called NEUROCOG and this investigates changes of the brain functions in space. On the ground we have a number of sensors at our disposal helping us with our orientation. But what happens in the weightlessness of space? How does the human body adapt itself? From this kind of research we are able to derive which brain functions are important for keeping our equilibrium. This research as well has earthly applications, for instance for people who have problems with their equilibrium. For me this part is very interesting as I am able to play an active role in this.

As the date of my flight comes nearer and nearer I am learning more and more small practical things. For instance I have learned how to use a video camera in space so that I can carry out educational experiments.

Saturday 3 August 2002: almost back in Moscow

During our stay in Belgium I showed Sergei together with some friends the central Market Square of Brussels and of course, the Manneken Pis on a very beautiful summer evening. Sergei also visited Bruges which he liked very much. Another place we visited was the Russian House in Brussels. This is a small piece of Russia in Belgium which I did not even know existed, now I know it is there I will certainly visit it again in the future.