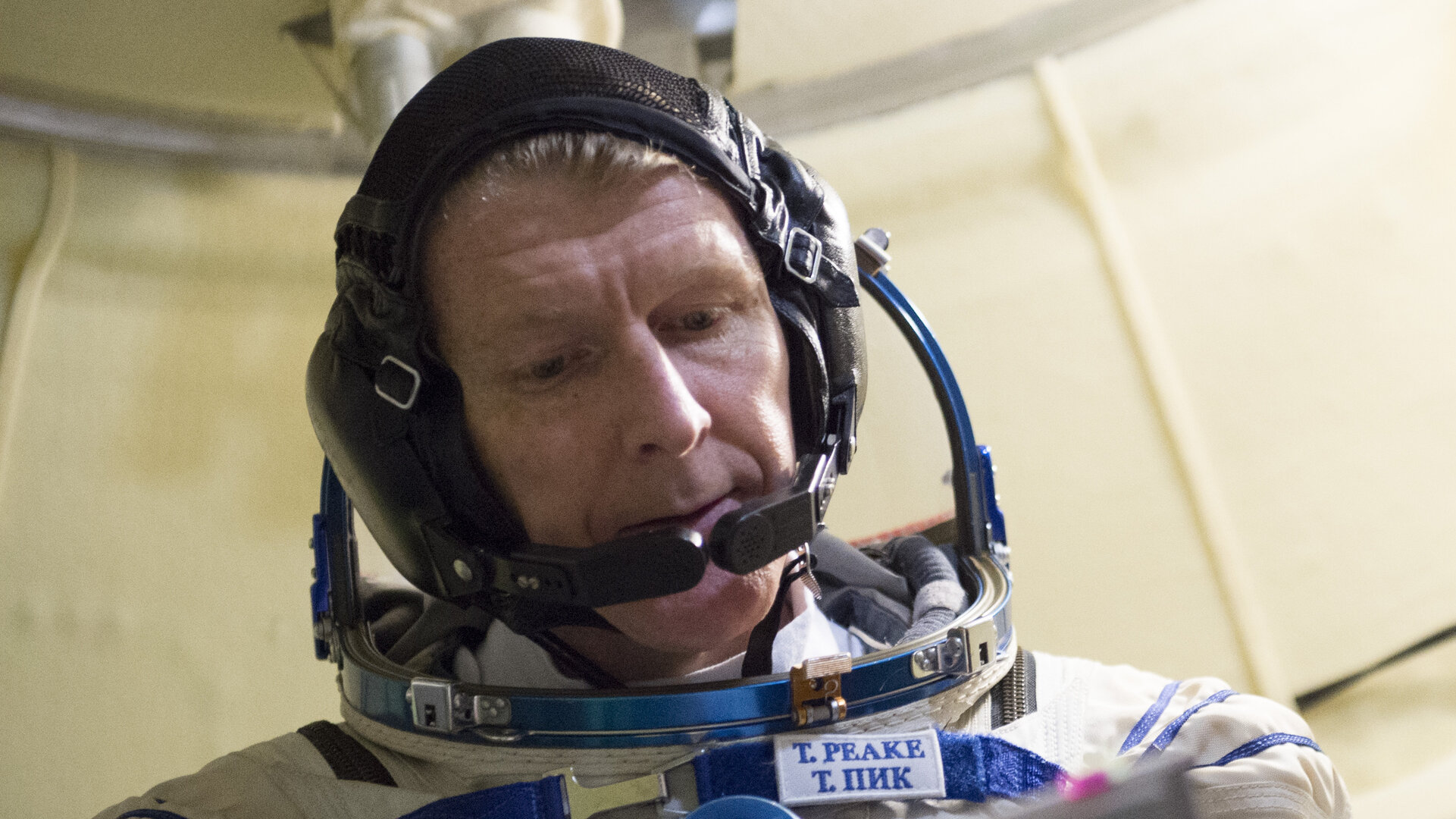 Tim Peake was born on the same year the last person walked on the Moon: 1972. Tim’s interest in space has been a lifelong passion. It started in his childhood, gazing at the stars and wondering about the Universe. He has kept his curiosity since then.

Tim considers himself very fortunate to have been inspired by great teachers and leaders along the way. He graduated from the British Army Air Corps at the age of 20, starting a successful career as a pilot that would take him across the globe.

He served for 18 years in the British Army including tours in Bosnia and Afghanistan and as a test pilot. Tim has logged over 3000 hours’ flying time on more than 30 types of helicopter and aircraft. He received a science degree in flight dynamics from the University of Portsmouth in 2006. He loves outdoors activities and is a rugby fan.

Previous life and work experiences have provided him with notable strengths for his spaceflight adventure. Tim is used to dealing with international partners and respecting cultural differences. Danger and emergency situations have been part of his career.

Tim was selected as an ESA astronaut in May 2009 after completing a year-long selection process. He described the moment as a wild mix of emotions – elation, shock and trepidation. With no guarantee of even getting a spaceflight, Tim put his career as a test pilot to one side.

Since then his life has radically changed. Besides becoming a father of two little boys, he has been travelling extensively, living between Germany and the USA. The gamble of getting into the space business paid off when, in 2013, he was assigned to fly to the International Space Station on a long-duration mission.