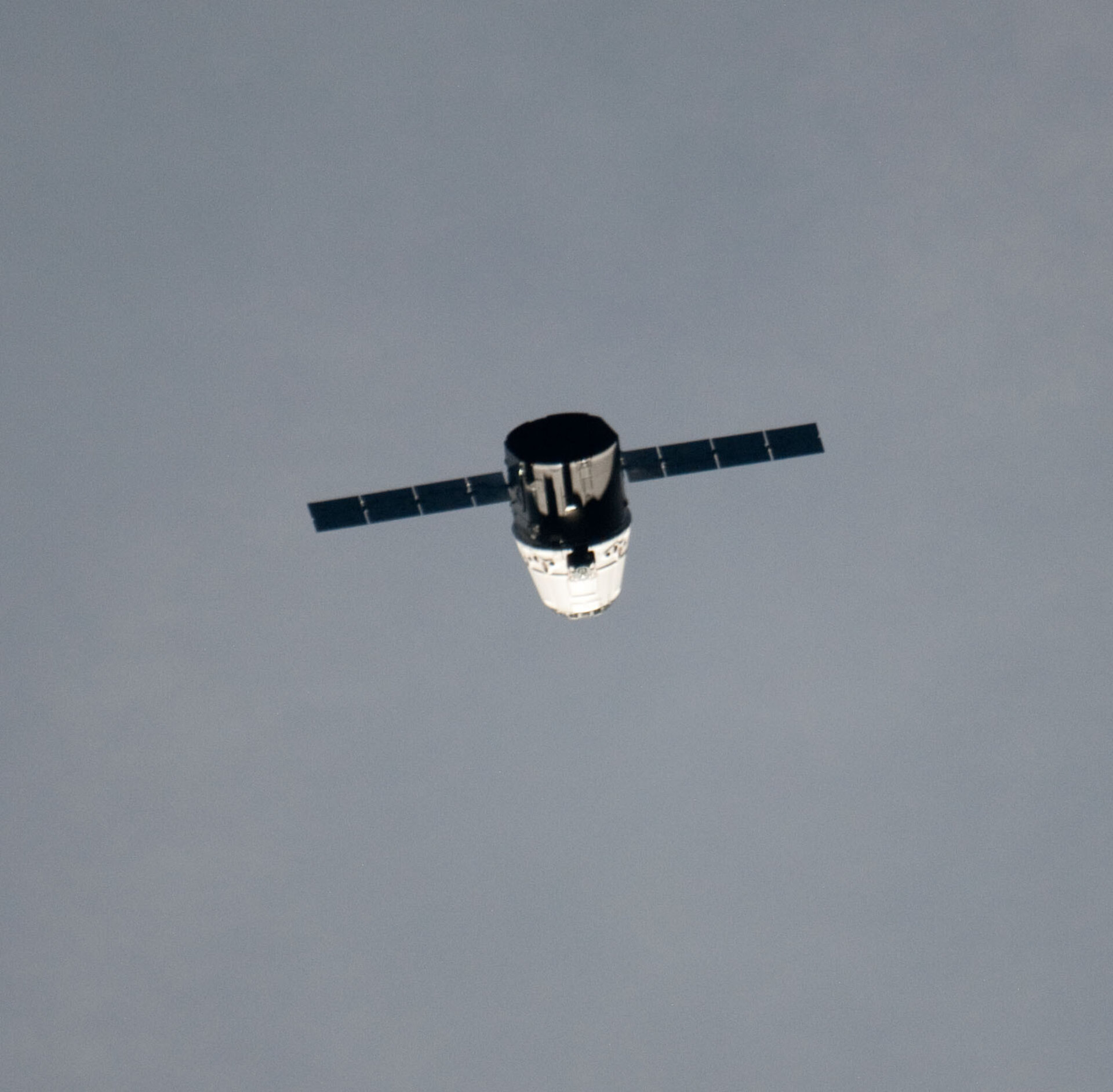 The first Dragon commercial space ferry was berthed at the International Space Station today. ESA astronaut André Kuipers and his crewmates welcomed the new cargo ship and will start unloading the supplies and scientific experiments tomorrow.

Dragon gave a thorough demonstration of its manoeuvring capabilities before being allowed to approach the Space Station. At a distance of 250 m, ground control gave the go-ahead to approach the Station’s safety zone.

Dragon cautiously approached for 2.5 hours and then stopped 10 m out. From there, André and NASA astronaut Don Pettit took over and captured the vessel using the Station’s robotic arm.

Unlike ESA’s Automated Transfer Vehicle or Russian Soyuz and Progress ferries, Dragon is not designed to dock automatically with the Station. It relies on astronauts using the long arm to grab the spacecraft and move it safely into position for temporary berthing to one of the Station ports.

André watched Dragon approach from Europe’s Cupola observatory module and acted as an extra pair of eyes as Don operated the robotic arm. Once safely captured, André took over the controls to move the vessel to the Harmony module next to ESA’s Columbus laboratory.

Dragon will be detached from the orbital outpost and return to Earth next Wednesday, landing close to the Californian coast.

As part of its cargo, Dragon will return samples from ESA experiments that are examining the human immune system.