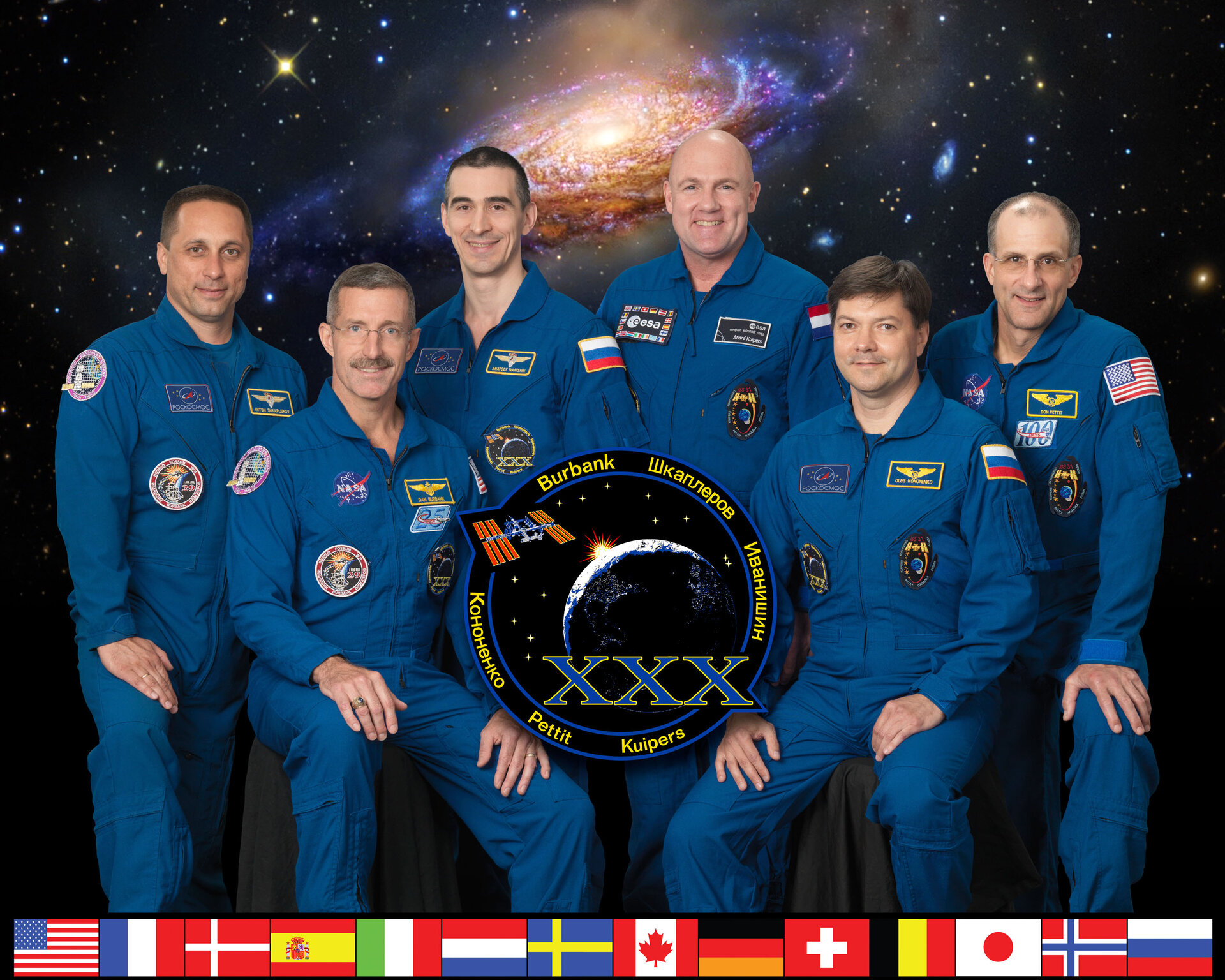 Dan Burbank has a strong expertise in naval flight training. He has logged over 4000 flight hours, primarily in coast guard helicopters, and has flown more than 300 search and rescue missions.

Dan has served as spacecraft communicator (CapCom) for Space Shuttle and ISS missions. Having flown twice as a mission specialist on the Shuttle in 2000 and 2006, he has logged over 23 days in space.

39-year-old Anton Shkaplerov was the youngest crewmember of Expeditions 30 and 31. He has a long career as a pilot-instructor in the Russian Air Force. He flew different types of aircraft and he is an experienced parachutist.

Born in Sevastopol, Ukraine, Anton was selected as a test-cosmonaut candidate in 2003. He served as Director of Operations for the Russian Space Agency at the Johnson Space Center in Houston, US.

This was the first spaceflight for Anatoli Ivanishin. Since 1991 he has served in combat units of the Russian Air Force, becoming a senior fighter pilot. Jet fighters and parachuting have been a major part of his military career.

Like Anton, he was selected as a test-cosmonaut candidate in 2003. He obtained his official qualification two years later.