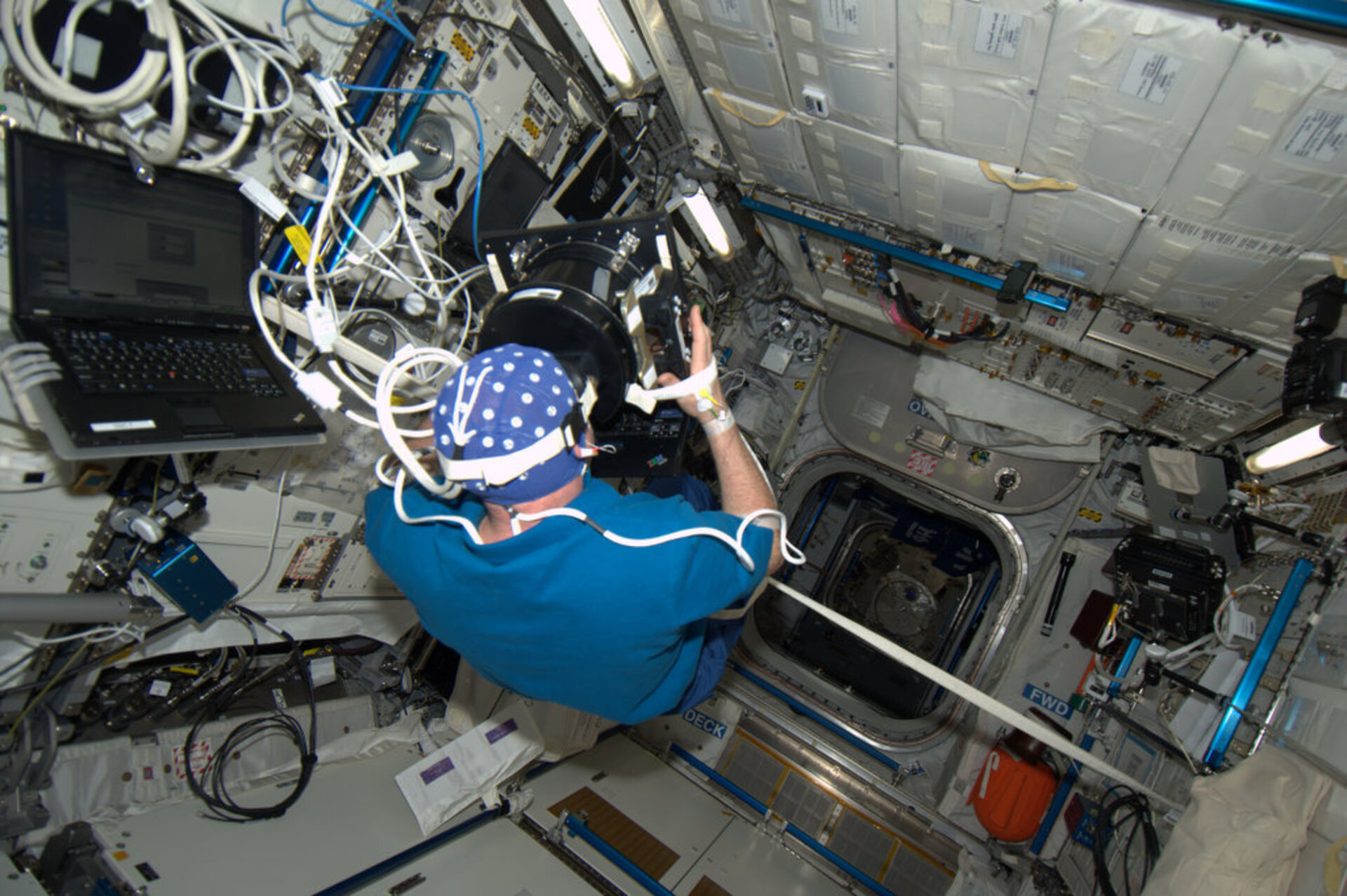 ESA astronaut André Kuipers having his brain monitored for the Neurospat session during his mission on the International Space Station in 2012.

Canadian astronaut Chris Hadfield was the fifth and last astronaut to complete the Neurospat experiment, last week. European scientists hope that the results will help to build a new tool for assessing spatial awareness.

ESA astronaut Frank De Winne was the first to have his brain activity recorded, back in 2009. Astronauts Robert Thirsk, Paolo Nespoli and André Kuipers continued the flow of data by having their cerebral cortex placed under scrutiny while on the Space Station.

Living in weightlessness can be very disorienting because Earthly perception of up, down, left or right no longer apply in space. Astronauts’ bodies and brains need to adapt to interpret spatial cues in a different way, in addition to all the stress of spaceflight.

Neurospat records an astronaut’s brain activity while looking through virtual-reality goggles to detect differences in how the brain interprets spatial cues on Earth and in space.

In addition, the data will help to pinpoint which region of our brain is used when we process visual information on the space around us.