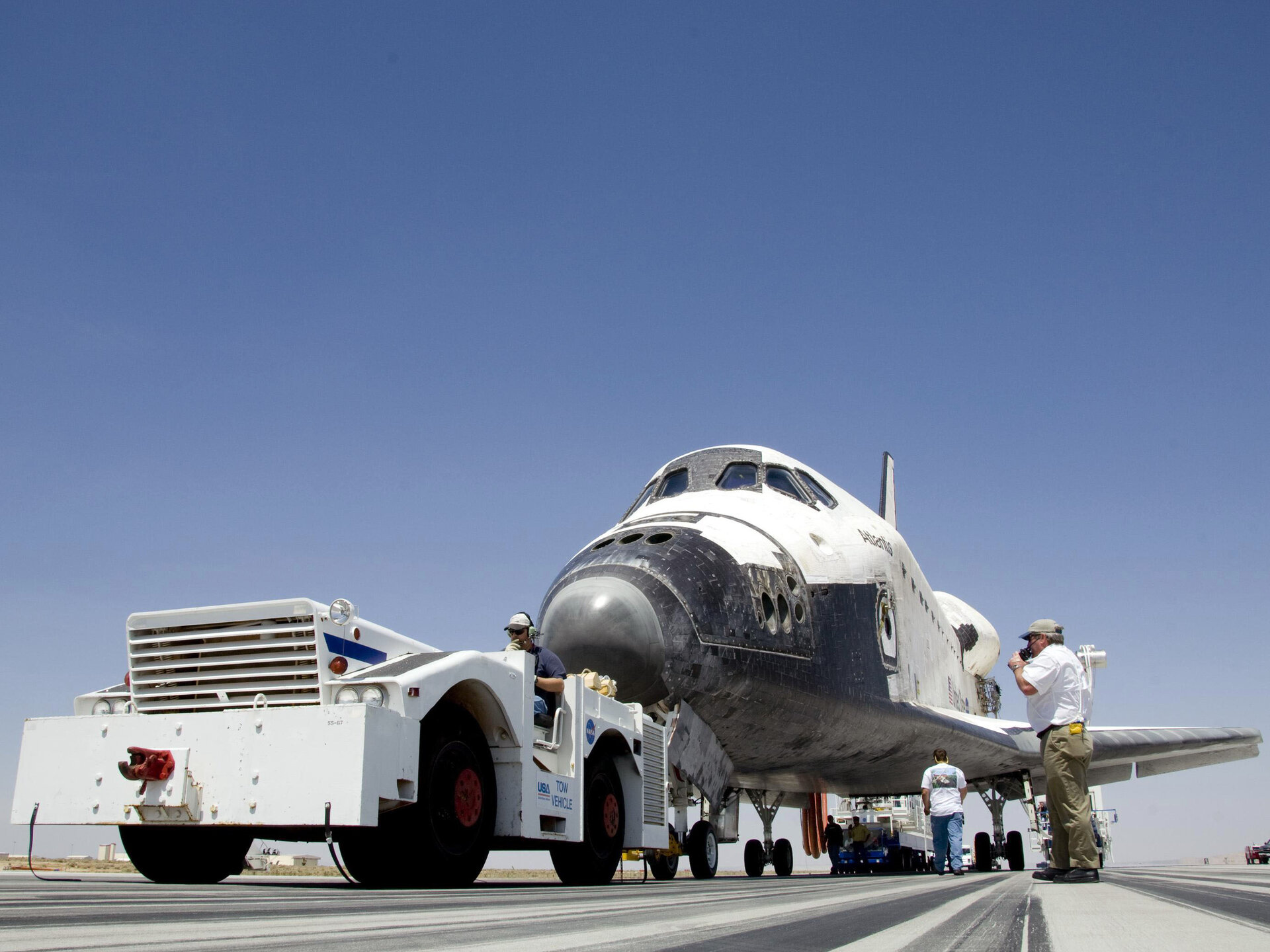 For all its shortcomings, the Shuttle is still one of the most complex and yet capable space vehicles ever built. It remains the only vehicle in the world with the dual capability to deliver and return large payloads to and from orbit.

"At the same time, it is extremely expensive to fly and has been unable to deliver its original promise of routine access to space."

Michel Tognini, Head of the European Astronaut Centre and Mission Specialist on STS-93, said, “The Space Shuttle is a wonderful ‘bird’, a remarkable flying machine with a diversity of uses. Soyuz is limited in the orbit inclinations it can fly, but the Shuttle could fly to any inclination needed, to deliver any type of payload and to do any type of repair, to grab satellites, for example the Hubble Space Telescope. It was a special vehicle capable of doing so many different things.”

Gerhard Thiele, Mission Specialist on STS-99, said: “I think the missions that stand out the most to me, as a physicist, are those to the Hubble Space Telescope. That doesn’t diminish the other missions, such as life sciences missions, or Earth observation missions such as the one that I had the privilege to fly on, but when people look back in many years I think the contributions to Hubble or Chandra will stand out.”

French astronaut Jean-François Clervoy has flown three times on the Shuttle. His third mission, STS-103, was to repair the Hubble Space Telescope.

“On this flight we were carrying responsibility for the careers of hundreds of scientists whose entire working lives were devoted to analysing the data transmitted by this telescope, still unequalled for the quality of its visible light images of distant parts of the Universe. The discoveries from Hubble are seen as significant today as were the observations of Galileo in their day,” explained Clervoy.

“On our return, the Space Telescope Science Institute, which manages the use of the HST, presented us with the spectacular results of our rescue mission, making us feel that we had performed a really significant service to science. I shall be proud to tell my grandchildren, ‘I was there’, hoping to inspire in them a taste for adventure,” said Clervoy.

Mir and other impressive missions

Looking back at the achievements of the Space Shuttle, there are so many that it is very hard to select just a few highlights. The construction flights to the ISS and the Hubble Servicing Missions have captured the public imagination, but there have been other less well-known but equally impressive missions.

For example, Jean-François Clervoy’s first mission, STS-66, studied the atmosphere and the Sun, with the results giving a better understanding of ozone depletion and atmospheric warming.

“During my work shift, I flew each day over the Americas, Europe, Africa, the Middle East and the whole of Asia, in beautiful sunny conditions without any cloud interference. I brought back more than 8000 photographs, with the most wonderful views of Earth from space: the Great Barrier Reef, Kamchatka, New York, the Caribbean, the Alps, the Nile and the pyramids, Mount Everest and many other views that will stay in my memory for ever,” said Clervoy.

But his next mission, STS-84, was even more dramatic: carrying vital supplies to the aging Russian Mir space station.

The Shuttle took experiments and food for an American member of their crew, who was to spend four months in Mir, and then had to return to Earth with a crewmember who had finished his tour of duty.

“We had forged close links with the Mir crew during joint training in Russia, and felt responsible for their safety,” said Clervoy.

“The success of their mission depended on our arrival. We brought, among other equipment, a generator that produced oxygen from urine, so economising on the few remaining chemical cartridges that they had on board. We knew how they felt after already three months of isolation.

"Opening the hatchway after our two craft had docked was a truly emotional experience, as were the international meals that we enjoyed together on Mir and the moment when we separated from them again,” remembers Clervoy.