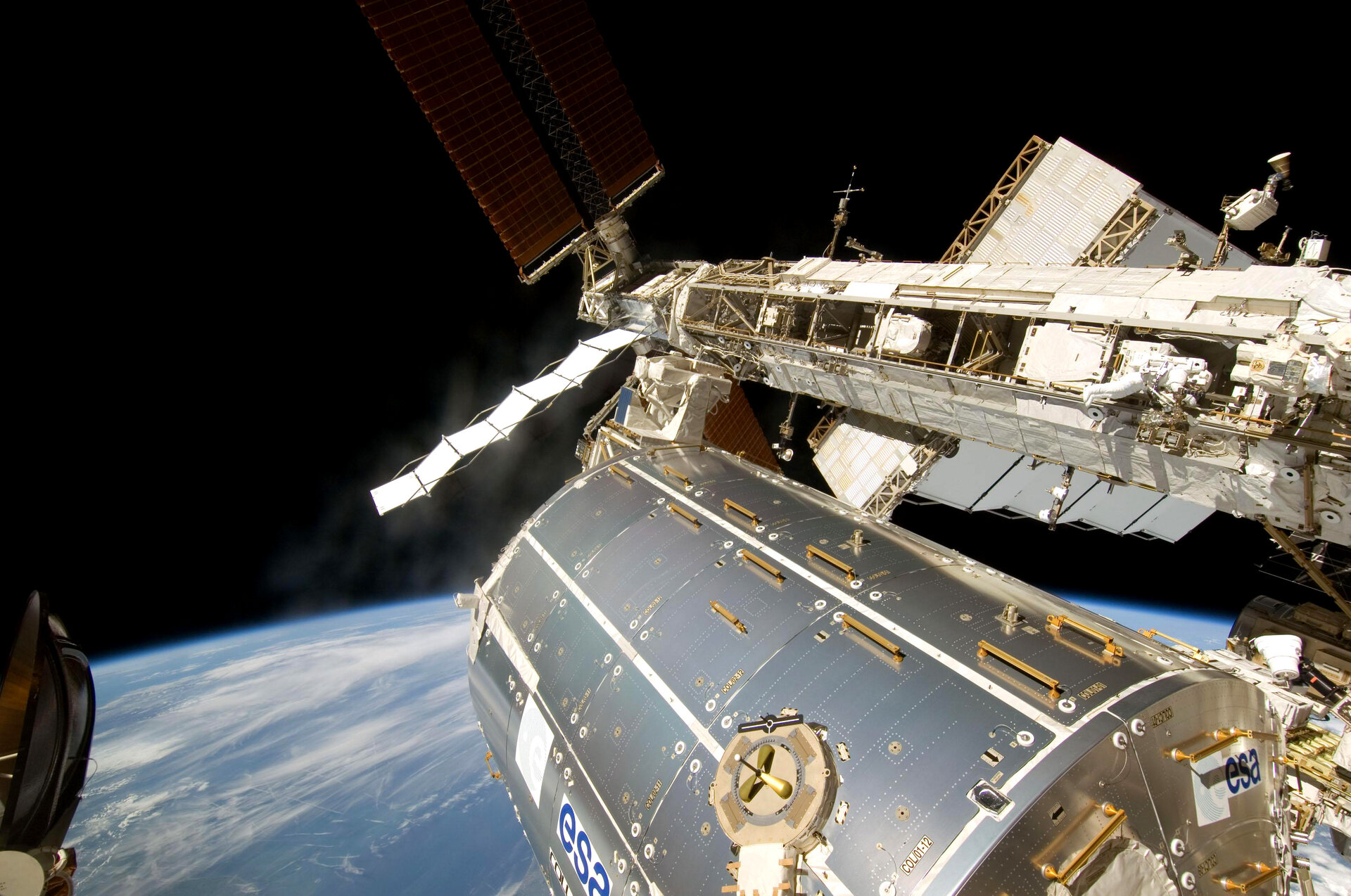 As a key partner to NASA, ESA was invited in 1984 to participate in another major venture: the Freedom space station. ESA’s contribution was the Columbus laboratory module, approved by ESA’s Ministerial Council in The Hague in November 1987.

The loss of Space Shuttle Challenger in 1986 and the collapse of the Soviet Union in 1991 led to a series of restructurings of the Freedom programme, which turned into the more ambitious International Space Station (ISS), jointly assembled and operated by the US, Russia, Europe, Japan and Canada.

Once the design phase was completed, the full development of the Columbus laboratory was approved by ESA’s Ministerial Council in October 1995 in Toulouse and an industrial contract was awarded in March 1996 to an industrial consortium led by DASA (now Astrium).

Delays in the orbital assembly of the Station and the loss of Space Shuttle Columbia in 2003 significantly postponed the launch of the Columbus laboratory. It was eventually attached to the ISS in February 2008, opening a new era for European human spaceflight with a permanent research laboratory in space.