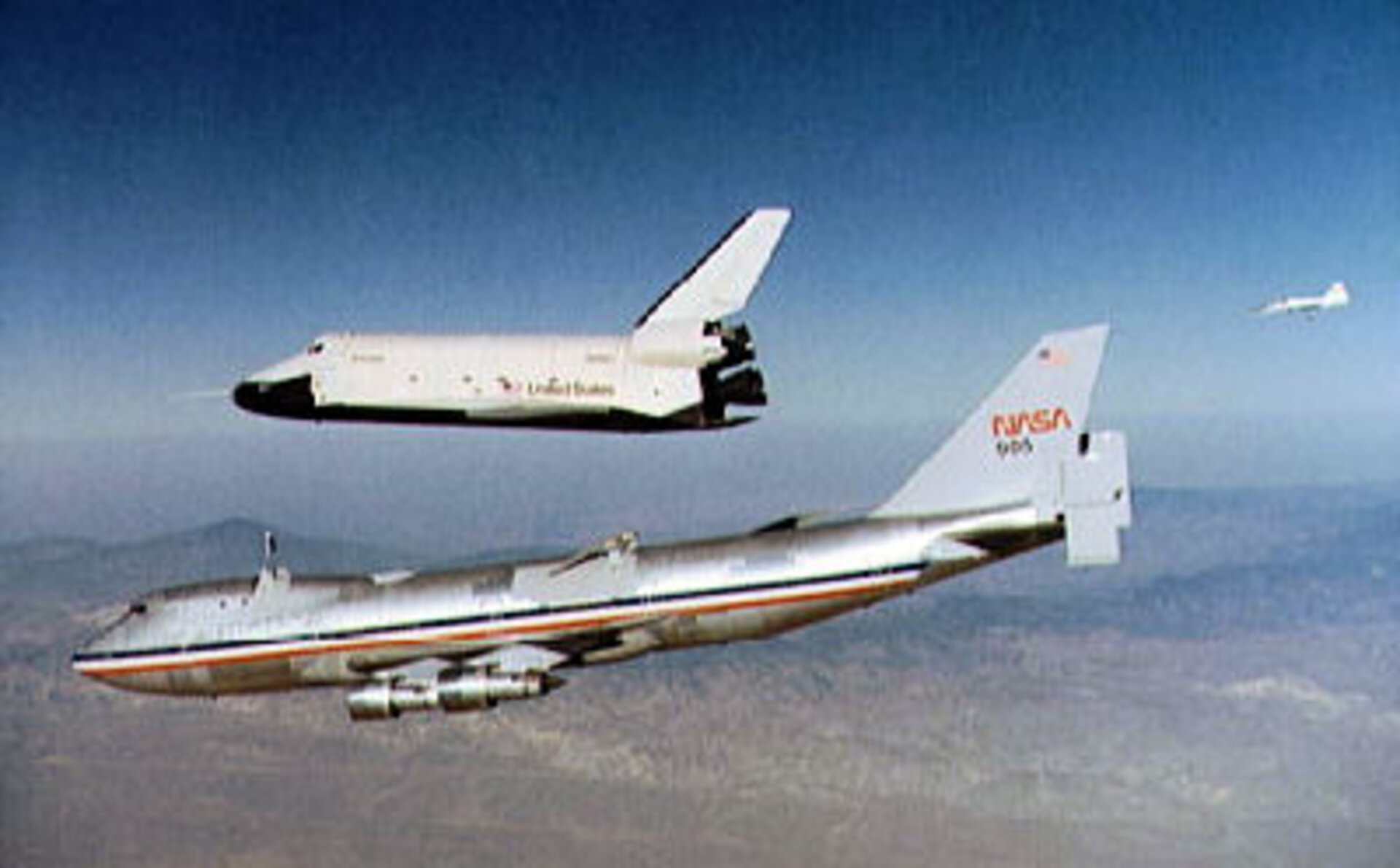 Atmospheric test flights by Enterprise at Edwards Air Force Base in California (from the top of the Boeing 747 Shuttle Carrier Aircraft):

Two of the Shuttles were destroyed in accidents (marked with asterisk), halting the flights for some years after each.

355 individual astronauts have flown on Space Shuttle missions; 24 from the European countries on flights marked with red in the following list.