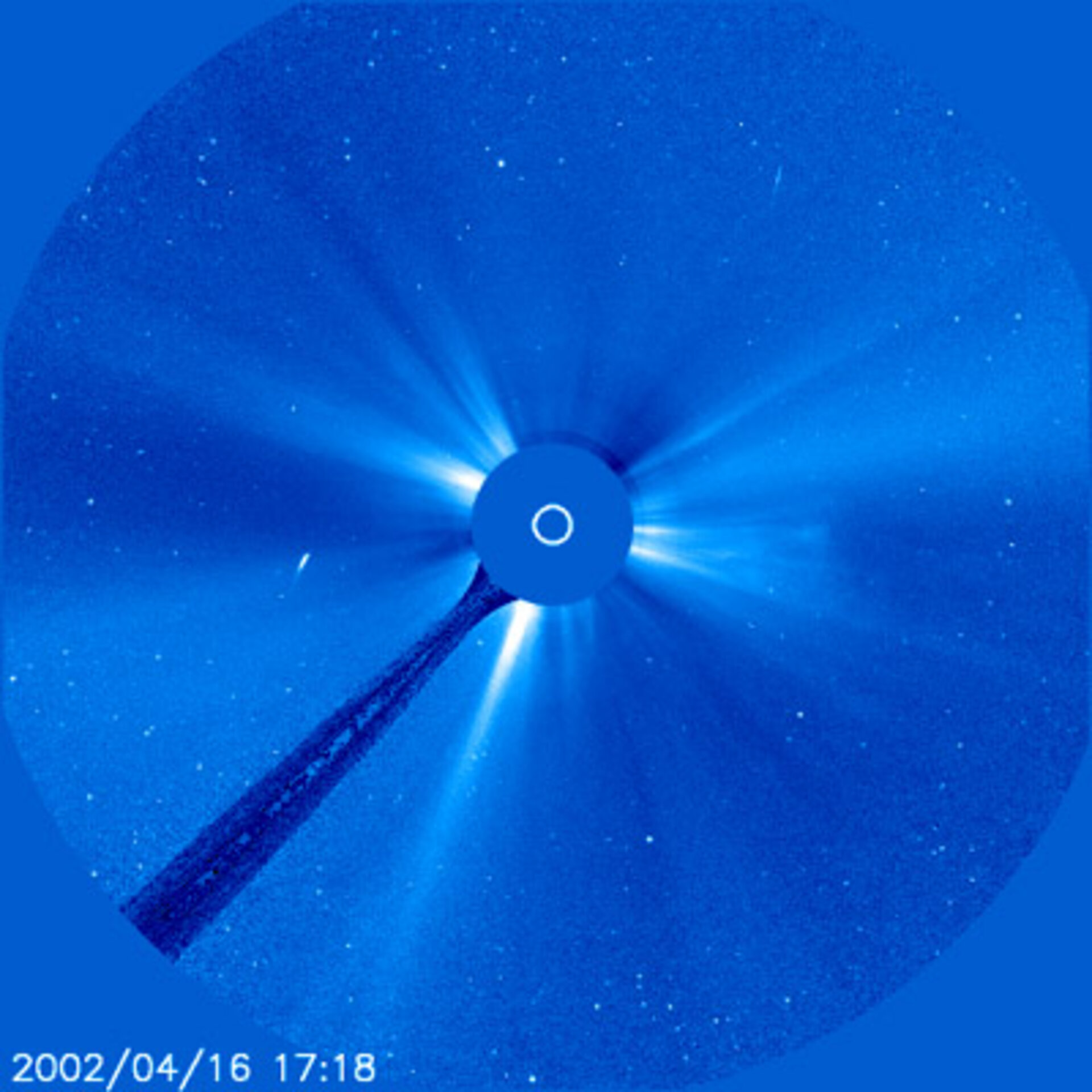 2002: On 16 April 2002, like most of the hundreds of comets found with the ESA/NASA Sun-watching spacecraft, comet SOHO-422 was first noticed by an amateur astronomer.

Pictures from SOHO are made available freely on the internet. People all around the world look especially at images from the LASCO C3 instrument, which covers the widest region of space, hoping for the honour of winning the race to spot the next incoming comet.

In this case, XingMing Zhou of China was the discoverer of what is officially designated as Comet 2002 G3 (SOHO). An animation of successive images of the comet shows it entering from the bottom left and following a curved track upwards. It passed behind a pillar that holds the mask blocking direct sunlight.

On 17 April 2002, the comet made its closest approach to the Sun. In the next few days it continued upwards and to the right before moving out of the field of view.

Helios-B was a US-German project, one of a pair of deep-space probes developed by the Federal Republic of Germany in a co-operative programme with NASA. The purpose of the mission was to make measurements and comparisons of the material found in space between Earth's orbit and a distance from the Sun of 0.3 Astronomical Units (AU).