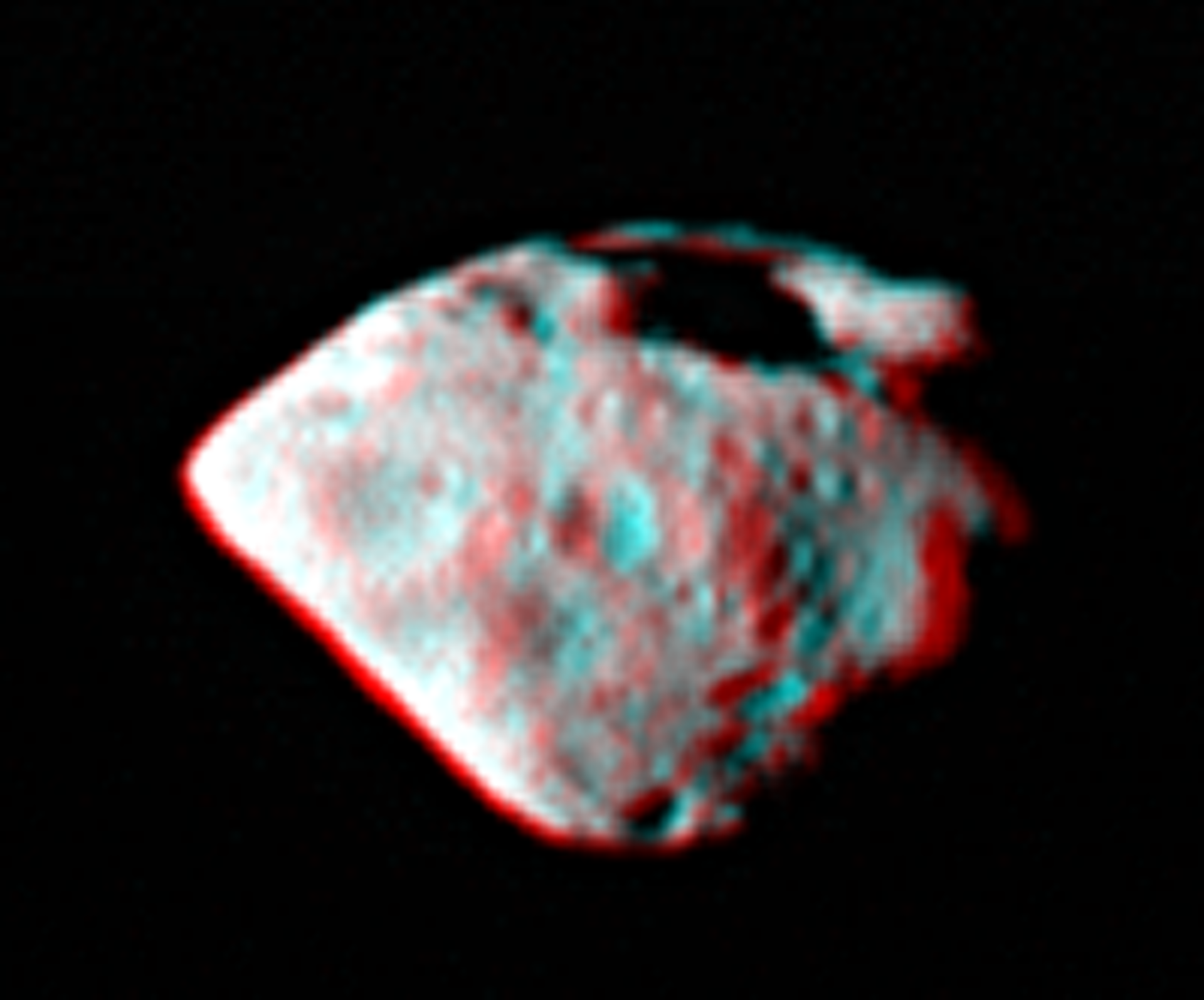 Five years ago this week, ESA’s Rosetta mission flew by asteroid Steins en route to comet Churyumov–Gerasimenko, where it will finally arrive next year after a decade in space.

This image is based on data collected by Rosetta during its closest approach to Steins on 5 September 2008, at a distance of about 800 km of the 5 km-wide diamond-shaped asteroid.

It is best viewed using stereoscopic glasses with red–green or red–blue filters.

Around 40 impact craters are seen on the asteroid, including the large 2 km-wide and 300 m-deep crater at the ‘top’ of Steins, and a chain of several smaller craters that stretch from the asteroid’s north pole (bottom in this image) up to the large crater.

Rosetta has since passed by asteroid Lutetia in July 2010 and is now in deep-space hibernation. But at the end of January 2014 it will be roused from slumber to prepare for its rendezvous with comet 67P/Churyumov–Gerasimenko a few months later.

Rosetta will escort the comet around the Sun, witnessing for the first time how a frozen comet is transformed by the warmth of the Sun.

The mission also includes a lander, Philae, which will settle on the comet’s surface in November 2014 in the first landing of its kind.

Comets are considered to be the most primitive building blocks of the Solar System, and likely helped to ‘seed’ Earth with water, the very ingredient needed for life to flourish.

By studying the nature of the comet’s solid and gaseous constituents, Rosetta will help scientists to learn more about the role of comets in the evolution of the Solar System.