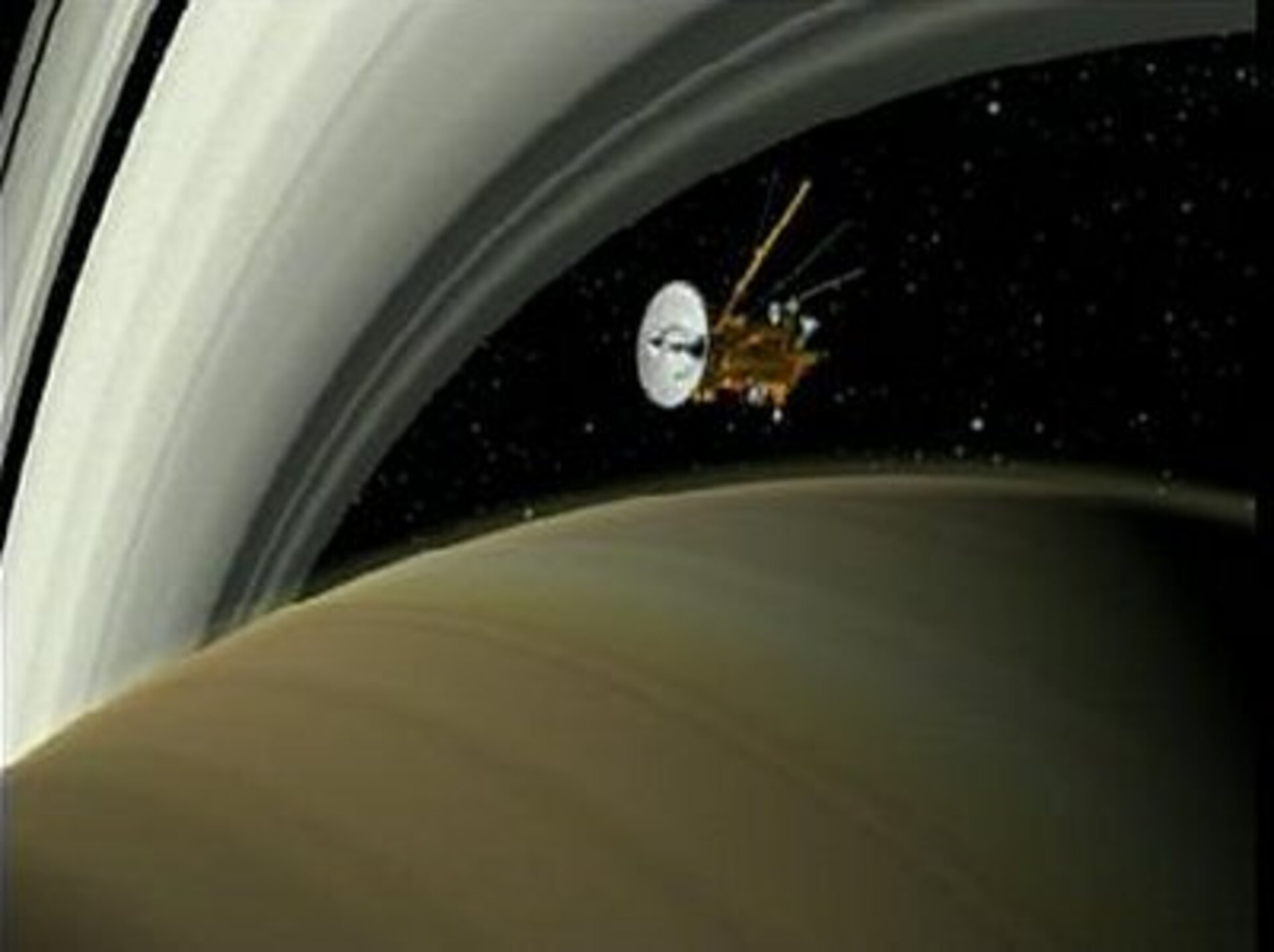 The measurement of radio emissions from distant astronomical objects, and how they are affected by rotation, has long been used to provide very accurate measurements of the rotation period of those objects.

This ‘rotational modulation’ technique is particularly useful for measuring the ‘days’ of the giant gas planets, such as Jupiter and Saturn, which have no surfaces and are covered by clouds that make direct visual measurements impossible.

But data obtained by the Cassini-Huygens spacecraft, now orbiting Saturn, are already posing a puzzling question: How long is the day on Saturn?

Cassini-Huygens took readings of the natural radio signals from the planet, the rhythm of which is regarded as the most reliable day-length indicator.

The results give 10 hours, 45 minutes, 45 seconds (plus or minus 36 seconds) as the length of time it takes Saturn to complete each rotation.

The puzzle is that this is about six minutes, or one percent, longer than the rotational period measured by the Voyager 1 and Voyager 2 spacecraft during their fly-bys of the 1980s.

Cassini-Huygens scientists are not questioning the Voyager measurements, and they definitely do not think the planet has slowed down. They are looking for an explanation based on some variability in how the rotation deep inside Saturn drives the radio pulse.

The first hint of something strange about that type of measurement at Saturn was in 1997, when a researcher from Observatoire de Paris reported that Saturn's radio rotation period differed substantially from that seen by the Voyagers.

When scientists analysed radio data from Saturn collected by Cassini-Huygens this year, they agreed that the radio rotation period of Saturn is longer today than it was in 1980.

They did not think that there could be any process which would cause the rotation of the entire planet to actually slow down, so there has to be some kind of ‘slippage’ between the deep interior of the planet and the magnetic field, which controls the charged particles responsible for the radio emission.

This result is very important as it shows that the idea of a rigidly rotating magnetic field is wrong. It suggests that the magnetic fields of gas giant planets may resemble that of the Sun.

The Sun’s magnetic field does not rotate uniformly. Instead, its rotation period varies with latitude. These measurements could mean that the part of Saturn’s magnetic field which controls the radio emissions has moved to higher latitudes, which move slower.

With Cassini in orbit around Saturn for four years or more, we will be in an excellent position to monitor long-term variations in the radio rotation period, as well as investigate the rotational period using other techniques.

The radio sounds of Saturn’s rotation, which are also the first sounds from Saturn studied by Cassini-Huygens, are like a heartbeat and can be heard by clicking here.