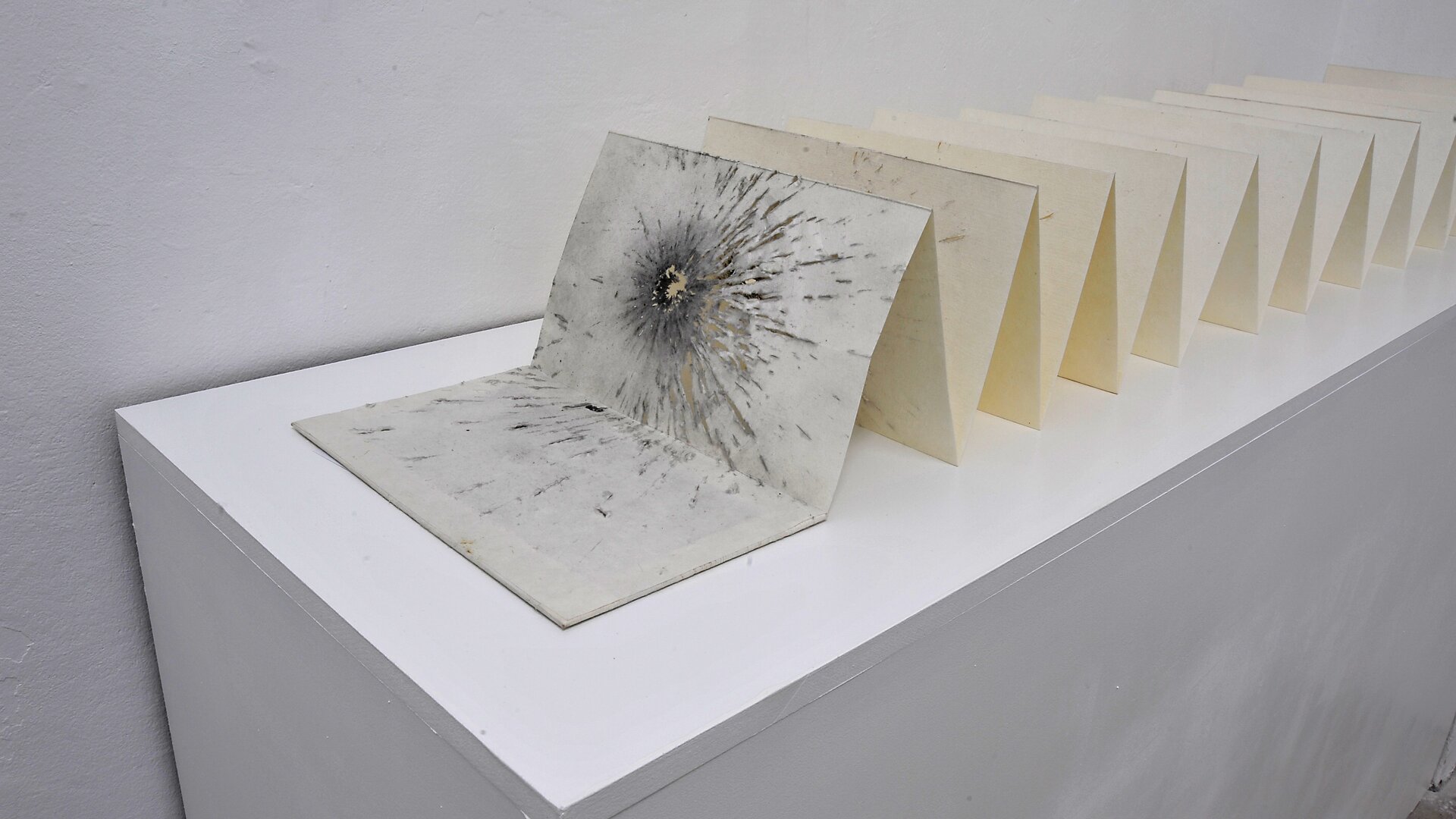 Aoife van Linden Tol, an artist working primarily with explosive media, is the recipient of the first art&science@ESA residency, organised by Ars Electronica in partnership with ESA.

Her proposal was selected from 139 submitted projects by an international jury including ESA, Ars Electronica and Futurelab, and the European Digital Art and Science Network.

Based in London, UK, Aoife works with explosives to fuse her interests in nature, cosmology, chemistry and physics. Also active in sculpture, installation, drawing, photography, film and performance, she creates abstract works that often examine concepts of time, density and matter as well as deep human emotions and motivations.

For the art&science@ESA residency, Aoife proposed Star Storm, a spectacular performance inspired by the physical processes that characterise the life of stars.

“What impressed the jury the most was Aoife’s individual approach in asking and exploring fundamental questions about our Universe,” says Gerfried Stocker, Artistic Director at Ars Electronica.

During the first part of the residency, which will take place at ESA’s technical heart in Noordwijk, the Netherlands, she will spend time with space scientists to research the composition, life cycle, magnetic behaviour and light production of stars, including our Sun.

In the second part, Aoife will work with the Futurelab team at Ars Electronica in Linz, Austria, to design the performance. There, she will draw on her own range of techniques and explore new technologies to address, in an artistic fashion, the very nature of the cosmos we live in.

“We were greatly impressed by Aoife's exciting and poetic project that will tackle concepts of stellar birth and death in the Universe, blending art and space science into a unique performance,” says Mark McCaughrean, ESA’s Senior Science Advisor.

In her proposal, Sarah pondered on the possibilities of a probe that would explore another planet in the Solar System and take decisions based on creative and artistic grounds, rather than purely scientific reasoning.

“The premise of Sarah’s project is intriguing: it starts off from a seemingly standard situation in space science – a robot exploring a world other than our own – but then, as an artist, it asks what could be done differently,” adds Gerfried.

The jury awarded Sarah an honourary mention and invited her to spend time with ESA’s planetary scientists and robotic experts in Noordwijk, and later with the Futurelab team at Ars Electronica.

The jury also made additional honourary mentions: Akira Wakita from Japan with Mars Zen Topography, Smite Rasa and Smits Raitis from Latvia with Saving Appearances, Alois Yang from France with Hear the World Begin, and Kristina Pulejkova from the former Yugoslav Republic of Macedonia with We could be Martians.

Another honourary mention was awarded to Miha Turšič from Slovenia, both for his proposal Supreorganism and especially for his pioneering work and outstanding engagement in the research of space culturalisation.

Aoife van Linden Tol and Sarah Petkus will begin their residencies in late 2016 to early 2017. ESA, Ars Electronica and the seven cultural partners of the European Digital Art and Science Network are planning to showcase the resulting artworks at the Ars Electronica Festival in September 2017 in Linz, as well as at other venues across Europe.

“We are looking forward to working with these artists, and to the many boundaries, scientific and artistic alike, that will be faced, studied and pushed forward in the process,” concludes Mark McCaughrean.

Ars Electronica is a cultural institution working on the intersection between art, technology and society. It was founded in 1979 and is based in Linz, Austria.