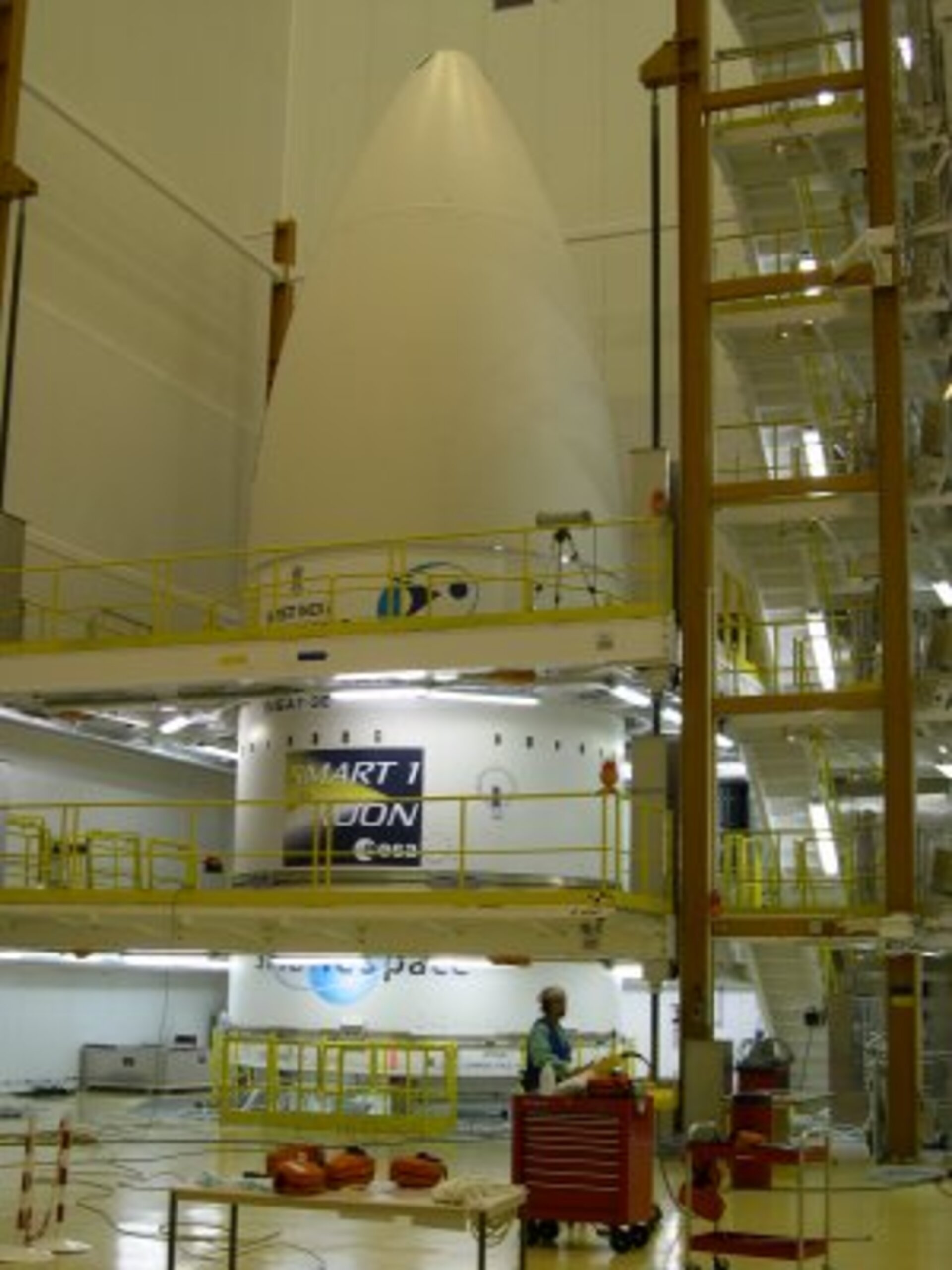 The Ariane rocket upper stage and the attitude control thrusters are now being fuelled. The Ariane 5 launcher will be fuelled only on the day of the launch at the launch pad. The rocket will be rolled out to the launch pad on 26 September.

Pictured here is the SMART-1 logo on the 'fairing', 30 metres up on the top of the launcher inside the Final Assembly Building (BAF). The fairing is the aerodynamic cover which protects the spacecraft payload during launch.

SMART-1 is the first of a series of ‘Small Missions for Advanced Research in Technology’ designed to test key technologies for future spacecraft. SMART-1 will test a new solar-electric propulsion system and will help solve questions such as how the Moon formed and whether there is water there.