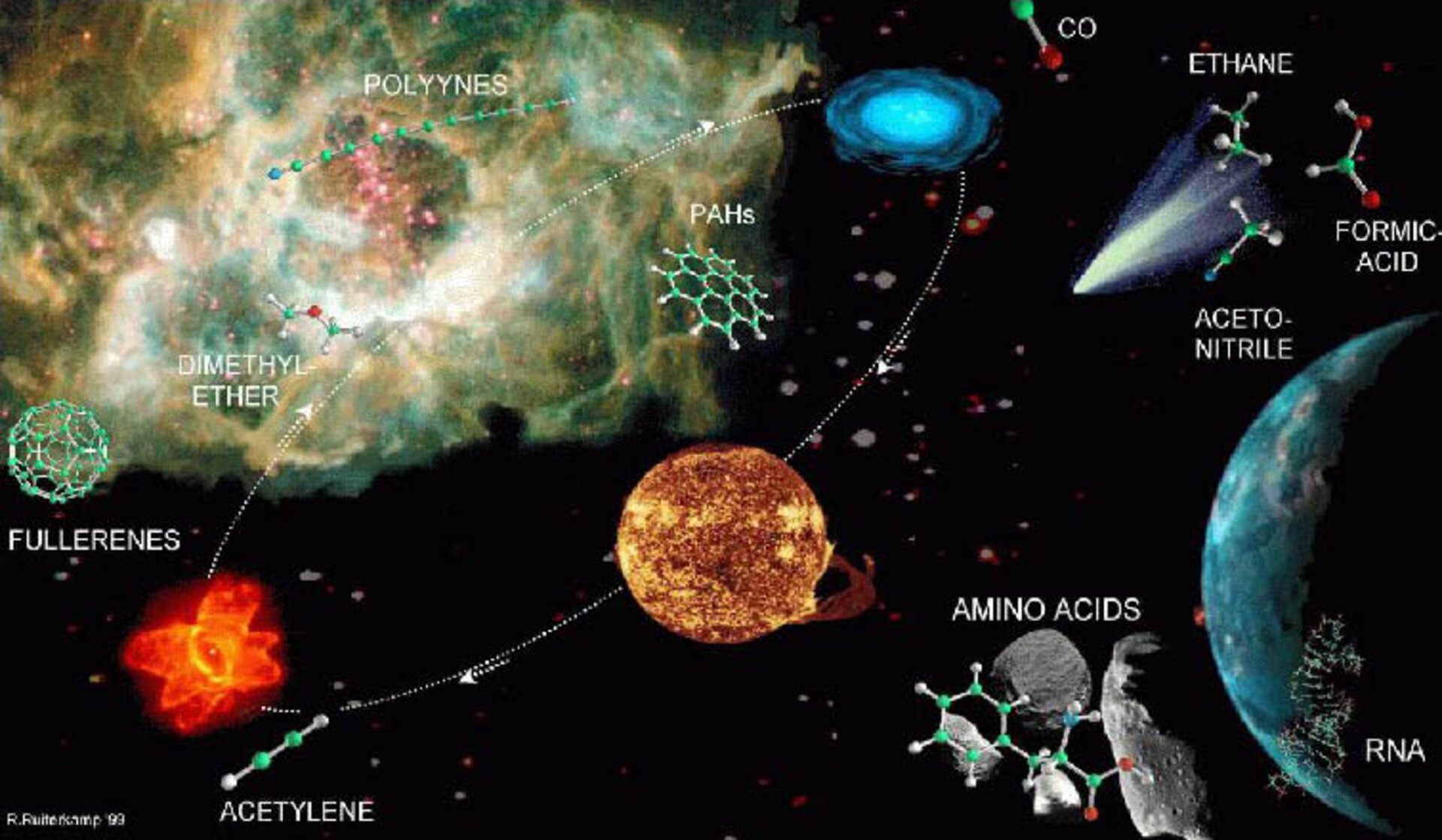 On 25 April 25 1953, James D. Watson and Francis H. Crick published an historic paper in Nature that would change the fate of modern science.

They proposed that DNA, the molecule of complex life forms, had the shape of a double helix. Today, scientists from all areas are working together to answer the ultimate question: can life (in any shape or form) exist anywhere else in the Universe?

Astrobiology is a young interdisciplinary science that tries to find answers to tough questions. Experts want to know how life begins and evolve and if it can exist anywhere else outside the Earth. Life in the Universe - as we know it - began with the synthesis of some key elements: hydrogen, carbon, oxygen, nitrogen, sulphur, and phosphorus. Carbon is the element that allows the formation of organic compounds that form the base of more complex molecules. Nucleic acids or sugars, constituting DNA and RNA, are examples of such complex molecules.

With telescopes like ISO, ESA's Infrared Space Observatory, studying molecules and organic compounds in space began to pay off. Operating from 1995 to 1998, ISO performed nearly 30 000 observations. Scientists have discovered more than a hundred complex organic molecules in space so far, some of them widespread in our Galaxy.

"Most of them form close to where stars form and near to old dying stars," explains Alberto Salama, ISO Project Scientist. "Violent phenomena take place there, like high-velocity winds and high-energy fluxes, so the chemistry of the gas changes greatly and many molecules can form. Strong radiation from the stars destroys some molecules. Others survive in the interstellar space and may be incorporated on dust grains."

Water is one of the basic (inorganic) molecules needed for life to develop. How wet is space? "ISO found water basically everywhere. It was in our Solar System, including the atmospheres of the giant planets and Saturn's moon Titan, in the areas around stars, in the cold interstellar medium, and in other galaxies. In an interstellar gas cloud in Orion, we discovered enough water generated every day to fill all of the Earth's oceans 60 times!" exclaims Salama.

Water and complex organic molecules are there, but just having them in space is not enough for life to develop. DNA and RNA molecules, for example, use a life-replication mechanism that is very safe, ensuring the maintenance, stability, and diversity of its basic components. These molecules have distinct components, a very complex structure. It is unlikely you would found them just anywhere. Is it therefore also unlikely that there is life anywhere else? Many astrobiologists are optimistic.

Playing with the same components of DNA and RNA, you can make other molecules that can store genetic information, even with a different structure. There are also other types of nucleic acids, called peptide-nucleic acids (PNA), which have different backbones. They contain no sugars, no phosphates, just amino-acid derivatives. Forming compounds of nucleic acids might therefore be easier than we think.

Moreover, some nucleobases, like adenine and guanine, form easily and are quite stable. Scientists do not rule out these complex molecules also being in interstellar space. They have already been found on 4.6 thousand million-year-old meteorites. Other sugar derivatives have also already been discovered on meteorites.

Many ESA missions have a clear astrobiological side. For example, Rosetta will land on a comet and Huygens on Saturn's moon Titan. Their analyses will help us to better understand so-called prebiotic chemical processes on those bodies. Mars Express, launched in June 2003, will be able to identify signs of water in liquid, solid, or vapour form on Mars. Its lander, Beagle 2, will take a good chemical and morphological look at its landing site, looking for water in the soil, on rocks, and in the Martian atmosphere. It will investigate the existence of carbonate minerals and organic residues to detect possible signs of past or present life.

From 2005, Columbus, the European research module on the International Space Station, will be using a new space biology tool, EXPOSE. EXPOSE will examine whether, and to what extent, meteorites may offer enough protection for life to continue after their long existence in space.

Scientists identified the underlying structure of life on Earth only a relatively short time ago. Now they are taking the first steps to find the chemicals of life far away in space and study them. Who or what will they discover?