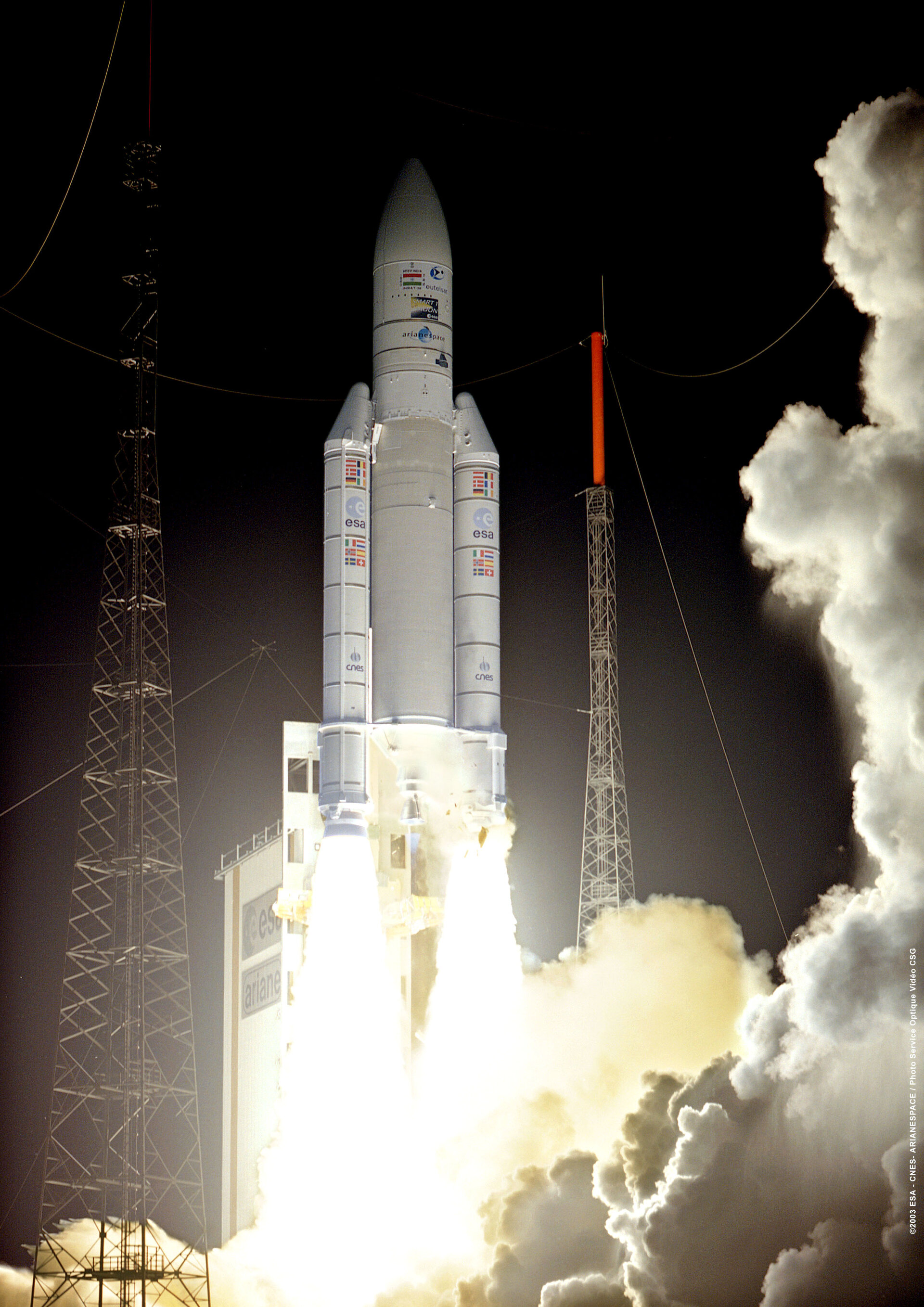 SMART-1, Europe’s first science spacecraft to be sent to the Moon, was flawlessly launched during the night of 27/28 September 2003.

The Ariane-5 launcher lifted off from Europe’s spaceport at Kourou, French Guiana, at 8.14 p.m. local time (1.14 a.m. CEST on 28 September), with three spacecraft on board, including ESA’s SMART-1.

At 42 minutes after launch, all three satellites were released. While the other two satellites move into geostationary orbit high above the Earth, SMART-1 begins its much longer journey to the Moon. The spacecraft has deployed its solar arrays and is currently undergoing initial check-out of its systems by the ESA Space Operations Centre (ESOC).

30 September - First firing of the ion engine. This will raise the lowest point of its orbit from 750 to 20 000 kilometres above the Earth, taking about 80 days to complete.

October 2003 - Check-out of systems complete. ESOC will be in contact with SMART-1 for two 8-hour periods every week.

November 2003 – Over the next few months, the ion engine fires to raise the highest point of its orbit to match the orbit of the Moon.

April 2005 - Second phase of the mission begins, the six-month study of the Moon.

(These dates are highly dependent on the actual conditions of flight, and may change.)