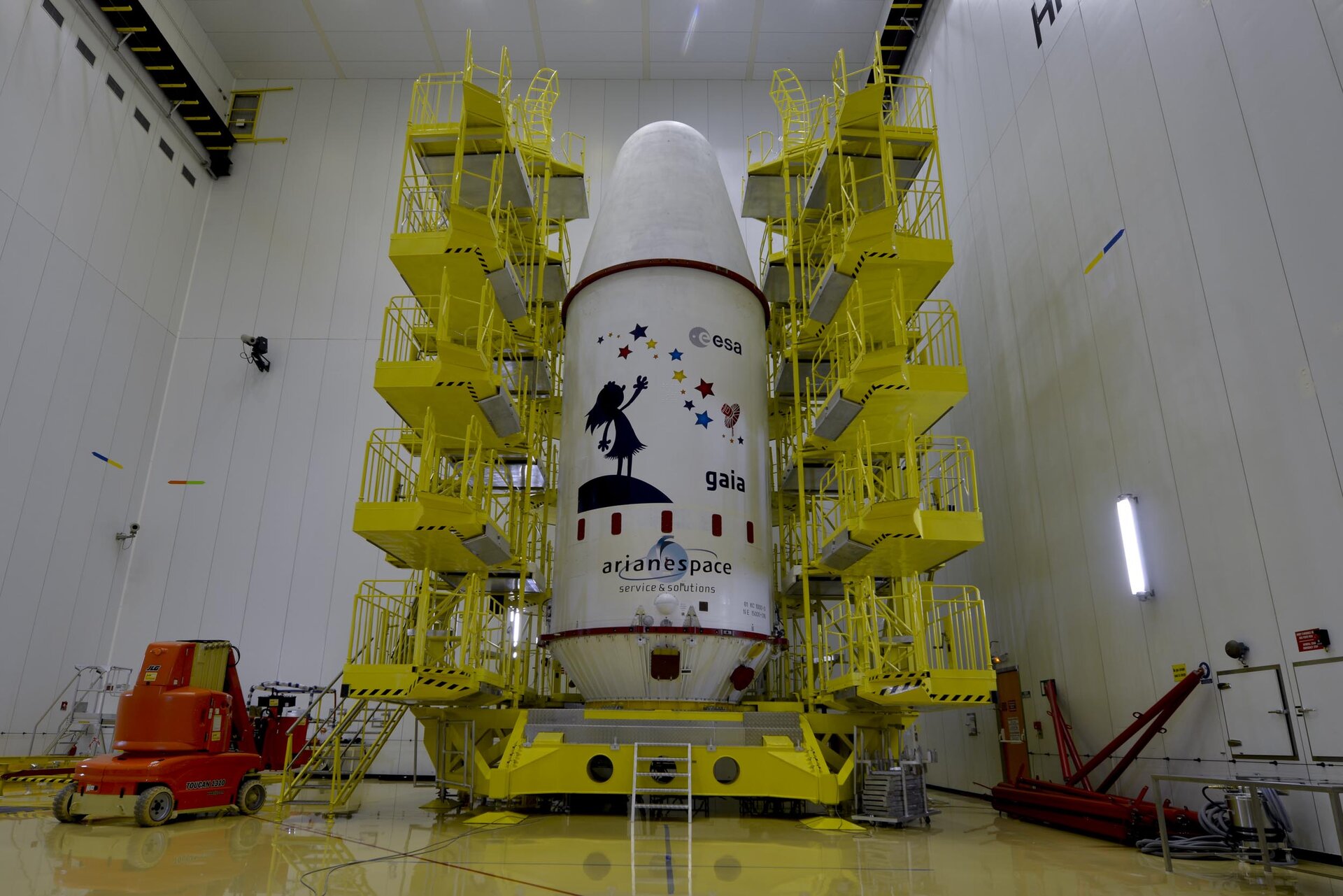 ESA’s billion-star surveyor Gaia, less than a week from launch, is now tucked up inside the fairing that will protect it during the first few minutes of ascent into space.

Last week, Gaia was loaded with the propellants it will need to journey to its ‘L2’ destination, a gravitationally stable location 1.5 million km away from Earth, from where it will survey our Milky Way galaxy.

After fuelling, it was mounted on the Soyuz adapter and added to the Fregat upper stage, which will boost Gaia towards L2.

Meanwhile, the basic assembly of Soyuz – the boosters, core stage and third stage – has been completed in its integration building.

In the coming days, the Soyuz lower stages and the upper assembly containing Gaia will be transported to the launch pad and mated.