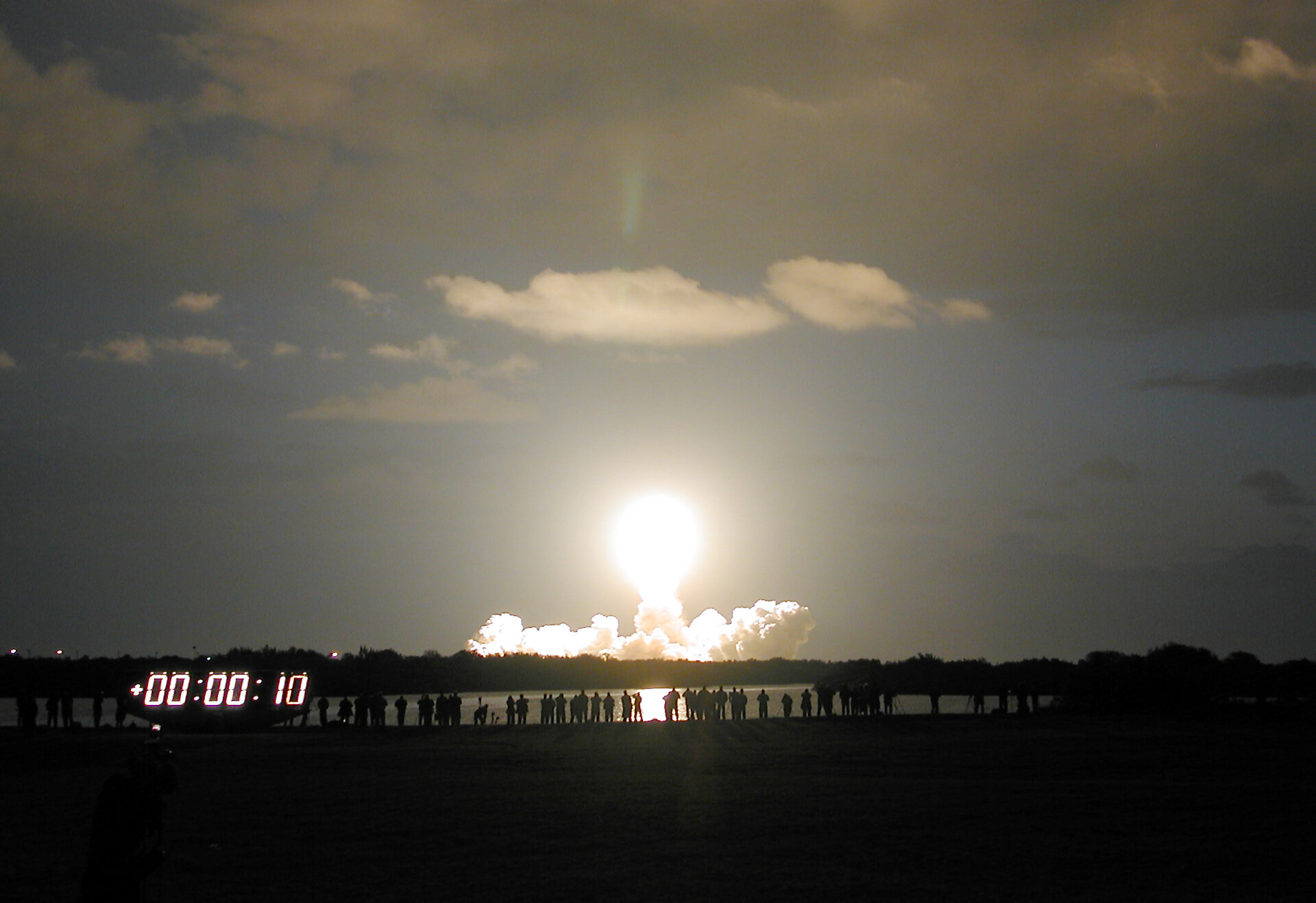 This morning at 6:22 EST (11:22 UT) the Space Shuttle Colombia was successfully launched on Hubble Servicing Mission 3B from the Kennedy Space Center in Florida, U.S.A.

With an impressive backdrop of scattered clouds coloured pink by the rising Sun, the calm and silent view of the shuttle and its rockets on the launch pad suddenly turned into an inferno of engine flames, smoke and water vapour. With some seconds delay the roar of the engines reached the VIP and Press stands placed about 5 km away and made for an ultimate experience not even surpassed by the most impressive fireworks display or theme-park rides.

In all respects the launch, which was delayed one day due to low temperatures, was a text-book launch. The event marks the high, so far, in the hugely successful Hubble Space Telescope collaboration between the two space agencies, ESA and NASA.

Having taken over 420 000 exposures and observed more than 17 000 targets in the sky Hubble ranks as a heavyweight among scientific giants. Over the next eleven days this, the most ambitious upgrade of Hubble, will be carried out by a team of seven astronauts. The main focus for the mission will be to upgrade Hubble's scientific instrumentation and to exchange the ESA-built solar panels with newer more powerful ones.

Amongst the assembled guests watching the launch this morning (at 11:22 UT) was one lucky Norwegian student, 17-year-old Arnt Ove Fordal. Read about his experience: Student experiences fantastic start to Hubble Servicing Mission 3B