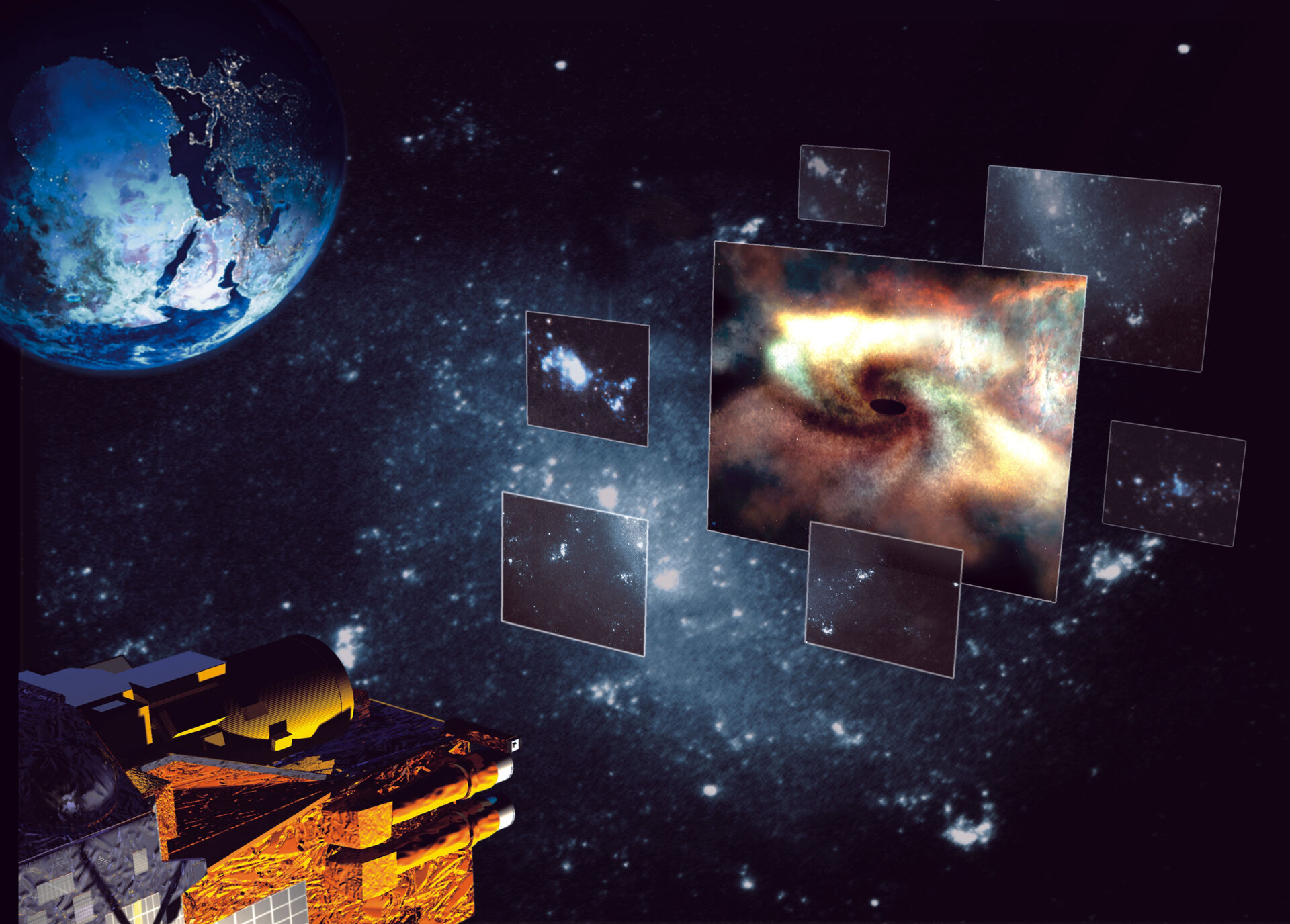 ESA PR 79-2002. Integral, the European Space Agency’s gamma-ray satellite, has taken its first images and collected its first scientific data. These 'first-light' images confirm that Integral is working superbly. Everyone involved with the project is delighted with its performance so far.

Since its launch on 17 October, scientists have manoeuvred Integral into its operational orbit, thoroughly tested their communications link, and verified the spacecraft's response to their commands. They have also been fine-tuning the instruments by observing the famous black hole, Cygnus X-1. "We have beautiful gamma-ray images and spectra of the sky to show," says Arvind Parmar. Astronomers use spectra to analyse the energy of the radiation that they observe.

Integral's results promise to be very special because it has already captured one of the most elusive events in the cosmos – a gamma-ray burst. Gamma-ray bursts are titanic explosions of varying duration that occur about twice daily. Scientists think that collapsing stars in the very distant Universe cause these mysterious, tremendous explosions. The fascinating and thought-provoking results from this observation will be presented at the press conference.

Media representatives wishing to attend are kindly requested to complete the attached accreditation form and return it, preferably by fax, to the ESA Media Relations Service in Paris.