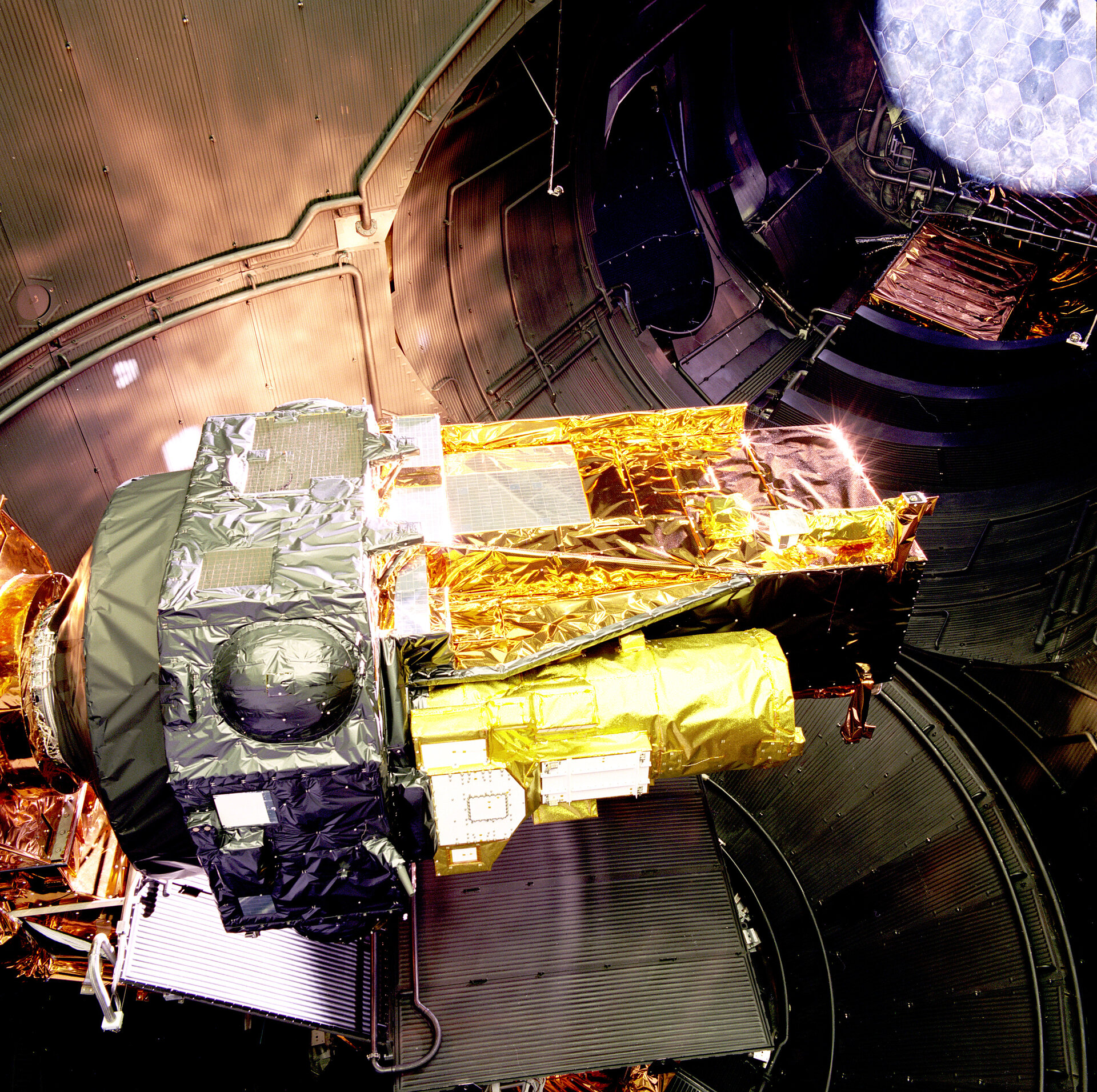 Conditions in space are unlike anything we experience on Earth. Incredible extremes of temperature that can switch in an instant, startling vacuum conditions, not to mention radiation - it's a tough life for a spacecraft. So it is essential to make sure they are prepared to withstand these conditions before they are launched into this wholly unfriendly environment.

For instance, in a vacuum, heat cannot be conducted as it is here on Earth. A spacecraft that is being heated by the Sun's rays may, at the same time, be experiencing temperatures far below freezing on the side of its body facing away from the Sun. Similarly, when the spacecraft shifts and moves out of the sunlight altogether, the rapid drop in temperature experienced by the spacecraft would be more dramatic than putting an ice cube into a furnace. These sudden changes in temperature mean that the spacecraft has to be extremely flexible, as well as resilient, in order to cope with the inevitable expansions and contractions it will undergo as it moves in and out of the Sun's rays.

In order to find out what it is really like out there, most of the European Space Agency's science spacecraft are carefully loaded into an enormous simulator that is capable of creating the nearest thing to space conditions here on Earth. Looking like a giant tin can 10 metres in diameter, the Large Space Simulator, the largest of its kind in Europe, is used to inflict these extremes on the spacecraft it is testing, in order to check, recheck, and then check again, that it is up to the job.

Preparing the simulator is an extremely delicate task and has to be carried out with the utmost care. "If there is a scratch smaller than a hair's breadth at a joint in the pipes feeding the simulator, the liquid nitrogen we use to cool the unit would leak out and the vacuum would be lost," says Philippe Sivac, a spacecraft engineer at ESA's test centre in the Netherlands. "So there is always a moment of suspense when we first switch on."

Liquid nitrogen is perfectly suited to producing the exceptionally cold temperature required to simulate the conditions spacecraft will encounter. It is commonly used in medicine where rapid and extreme cooling is needed to preserve small and delicate items, such as living organs. But in order to simulate the freezing cold conditions of deep space, vast quantities are required. It is delivered twice a day at the test centre in an enormous tanker throughout the testing period. "We need to use 3000 litres an hour to get the temperature down to minus 190ºC, so we get deliveries of 30 000 litres at a time," says Philippe.

At the other extreme, huge and powerful lamps simulate the intensity of the Sun's rays on the spacecraft using a light beam that is six metres in diameter. This accurately reproduces the spectrum of solar light, generating a light intensity of up to 2000 watts per square metre - similar to turning on 600 household light bulbs in a small bedroom, and temperatures quickly reach more than 130ºC.

When a spacecraft orbiting the Earth moves into an eclipse, where the Earth shields it from the Sun, its temperature will drop dramatically. In the simulator this sudden change is reproduced by turning off the lamps. The testing process has to make sure that every instrument on board the spacecraft stays within the temperature guidelines at which it can still operate, no matter what it is like outside.

Such painstaking testing procedures are necessary milestones in a spacecraft's journey towards launch into space. Currently, the space simulator is subjecting the Integral spacecraft to the ordeal that is space - the environment it will be visiting in October 2002 when it enters its orbit around the Earth. There, it will be gathering some of the most energetic radiation that exists: gamma rays from black holes and other sources, such as supernova explosions. At least the scientists know that the spacecraft has a fighting chance against the worst conditions that space can throw at it.